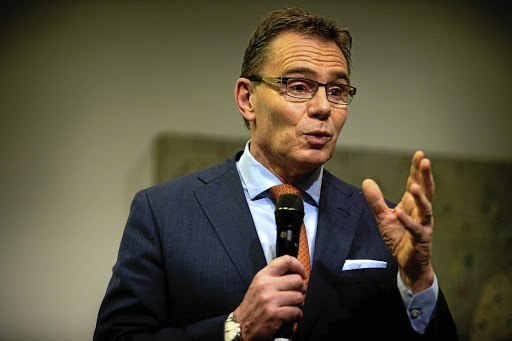 Net profit fell to more than $ 5 billion in impairments related to the shale unit and to US tax reforms.

Conventional oil is a priority for BHP because it is trying to reverse a decline in production and to keep rising prices, according to Mackenzie.

The producer, with activities in the Gulf of Mexico and Australia, predicts that production will decrease by 6% this fiscal year as the fields decrease.

"We will now try to accelerate production to capture favorable prices" and could consider a takeover to add production, the CEO of BHP told analysts.

The producer also tries to add copper production to a market that is likely to show a structural shortage in the next decade, which will result in higher prices.

BHP & # 39; s Olympic Dam operation in South Australia is suffering from a malfunction in an acid plant and the impact is being assessed, the company said in a statement.

BHP has a pipeline of approximately $ 4 billion in potential commodity projects to upgrade existing operations, including Escondida, the world's number one copper mine and Australian iron ore operations, the company said in a May presentation.

A longer list contains $ 15 billion of possible developments in copper to potash.

Despite the tensions in world trade, there is little cause for concern about China's prospects, the largest consumer, of commodities, Mackenzie said.

"We do not see a delay in China, maybe a little bit in copper, everything goes well," he said.