Gem Diamonds (LON: GEMD) had increased its price target with stock analysts at JPMorgan Chase & Co. from GBX 100 ($ 1.29) to GBX 115 ($ 1.48) in a report released on Monday, August 6. The company currently has a "neutral" rating on the shares. The target price of JPMorgan Chase & Co. suggests a potential advantage of 4.55% over the previous closing price of the shares.

Gem Diamonds Limited investigates and develops diamond mines. The company owns a 70% interest in the Let? Eng-mine located in the Kingdom of Lesotho; and 100% interest in the Ghaghoo mine in Botswana. It also produces, sells and sells rough and polished diamonds. In addition, the company offers technical, financial and management consultancy services. 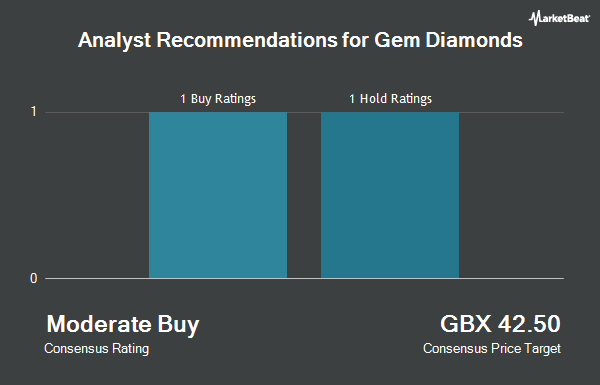