Julius Malema says that ProKid has contributed to the "blackness" 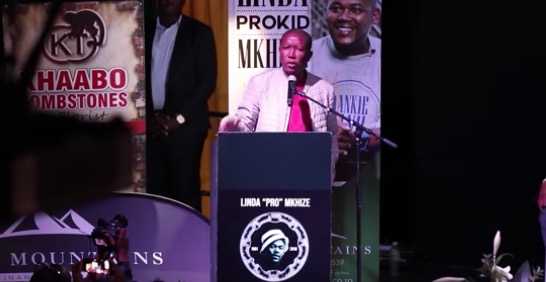 FEP leader Julius Malema joined hundreds of mourners and the hip-hop industry as a whole to celebrate ProKid's life during a memorial service in Bassline, Johannesburg, Thursday afternoon.

ProKid died on August 8 after suffering an attack.

Julius told the pains that he did not want to talk too much about the service because he wanted to listen to the challenges that hip-hop artists had to face to help them.

The afternoon was filled with moving tributes and electric shows in honor of ProKid.

AKA, who was Pro's mentor, struggled to find words to express himself, saying it was hard for him to believe he would never see him again.

Kwesta said he was grateful for the impact that ProKid had in his life and that all that is rapper is due to Dankie San's prodigy.