ACCRA [dot] ALT, producers of the CHALE WOTE Street Art Festival have succeeded in turning Accra into the Mecca of Street Art Culture in August, after eight successful editions of one of the world's largest and most exciting art events.

The week-long festival, which is in a constant state of progressive evolution, has evolved from a passion project that creates accessible and impactful art and dialogue around social, political and economic issues, into a complete subculture representative of unbridled self-expression and boundless creative power. CHALE WOTE is accessible to anyone who understands or does not understand the power of independent cultural programming.

The festival brings together different expression fields, varying from performance, to fashion, to video art through artists of different modes and cultural backgrounds from all over the world. These artists create work in response to a theme that is presented in a completely open environment with the same fiery and militant spirit of street art that inspired the whole movement. This year's theme, PARA OTHER, presented an urgent need for "evolution beyond the dialectic of belonging and being unconnected"; ask for the rediscovery and invention of new codes, symbols, sounds and fractal as a basis for rediscovering the meta-realities. 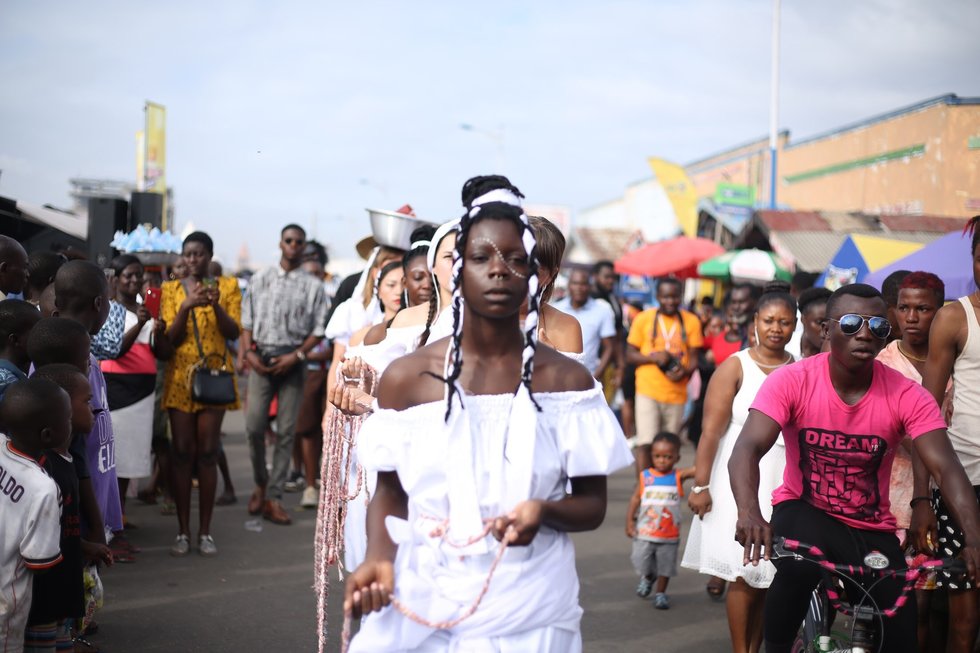 In response to this, more than 125 Ghana-based and international artists from the atmosphere of street art, performances, music, photography, literature and extreme sports used their creative energy to use the abundant power of the festival in producing work that is deeply rooted. in the living history of James Town and Accra, while reflecting different cultures and dispositions.

As an independent community-based event, the work was spread across the Brazil House, the James Fort and Ussher Fort Prisons, all in James Town, as well as 11 other exhibition locations in the city of Accra.

CHALE WOTE started on Monday, August 20 with the introduction of the SHIKA SHIKA Art Fair at the Brazil House. A psychedelic mix of new and old work by 11 Ghana-based and international artists was shown in an exhibited exhibition that housed both floors of the historical house of the Tabom (a group of self-liberated slaves who moved from Brazil to settle in Ghana). The fair was a way to make the series of expression visible through street art by illuminating unique styles, motifs and characters with the use of bright colors, psychedelic text and multiple landscapes that are available through the medium. 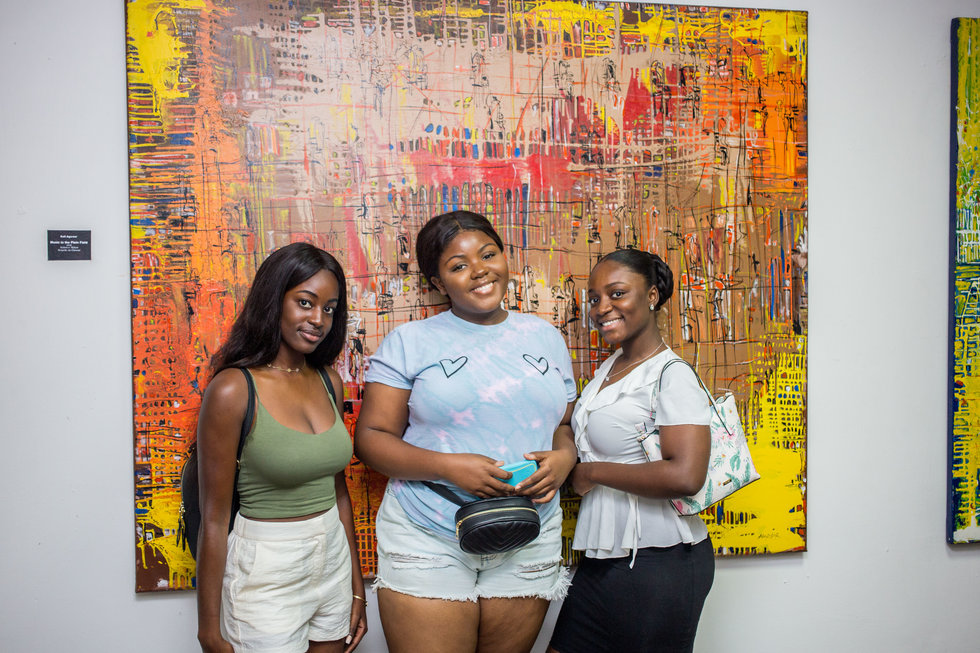 From the bloody and lively portrait of seasoned Ghanaian street artist, Kwame Akoto "Almighty God," who uses religious treatments to make social commentary, to the dynamic landscapes of Kofi Agorsor, the accentuating urban Ghanaian life, on the new multiple identities that are present in the concept photography of myself and myself Josephine Kuuire, the art fair was a welcome addition to the programming of the event. The fair was also an attempt to use the growing trade base that collects African art worldwide, especially through auction houses and galleries that mainly operate outside Africa. In the typical CHALE WOTE spirit, however, the stock market was structured in the same vivid energy as street art, designed to get artists out of the business to take advantage of their work without having to go through hole-hole formation.

Another highlight of the festival experiences was The LAB & # 39; s, a series of panel discussions, workshops, performances and mixers that serve as an activation session for artists and the audience of the festival to reflect on the work that will be presented during the most important festival weekend in James Town. During four days spread over two satellite locations, almost all participating artists have shared their respective stories, either through a short panel discussion, a workshop session, film screenings or performances.

Indeed, for many core supporters of the festival, the LABs have become an indispensable favorite because it facilitates huge opportunities for sharing skills and networking opportunities. British artist and Lord Mayor of Bristol in the UK, Cleo Lakefor example, facilitated a dance workshop at the LABs, drawing inspiration from Bristol's history and heraldry, along with Dahomey's dance vocabulary from Benin. Then she took the participants of the workshop to her performance at the festival. American / Barbadian artist April Bey also returned to the festival to show a new series of printed works Made in space, using a unique printmaking technique that she developed and gave last year at The LABs. For many art lovers who may not know how to access knowledge bases to improve their own story through creativity, The LABs have become the perfect stepping stone. 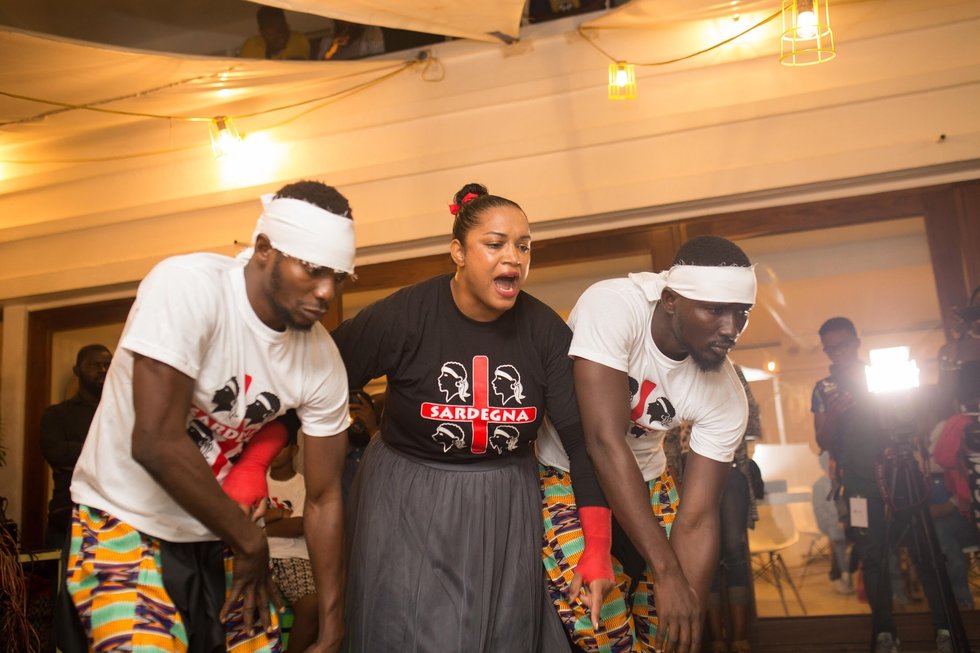 For the most important festival weekend, James Fort Prison and Ussher Fort Prison, two historic buildings that have remained closed for the past decade, were reopened as exhibition spaces to enlarge the existing common areas of CHALE WOTE.

El WARCHA, a design studio based in Tunisia, has made a series of bamboo structures to serve as a seat for the Highlife Café music stage. Their work, made with the help of the Jamestown community over the course of five days, focused directly on one of the problems that CHALE WOTE had faced with over the years. 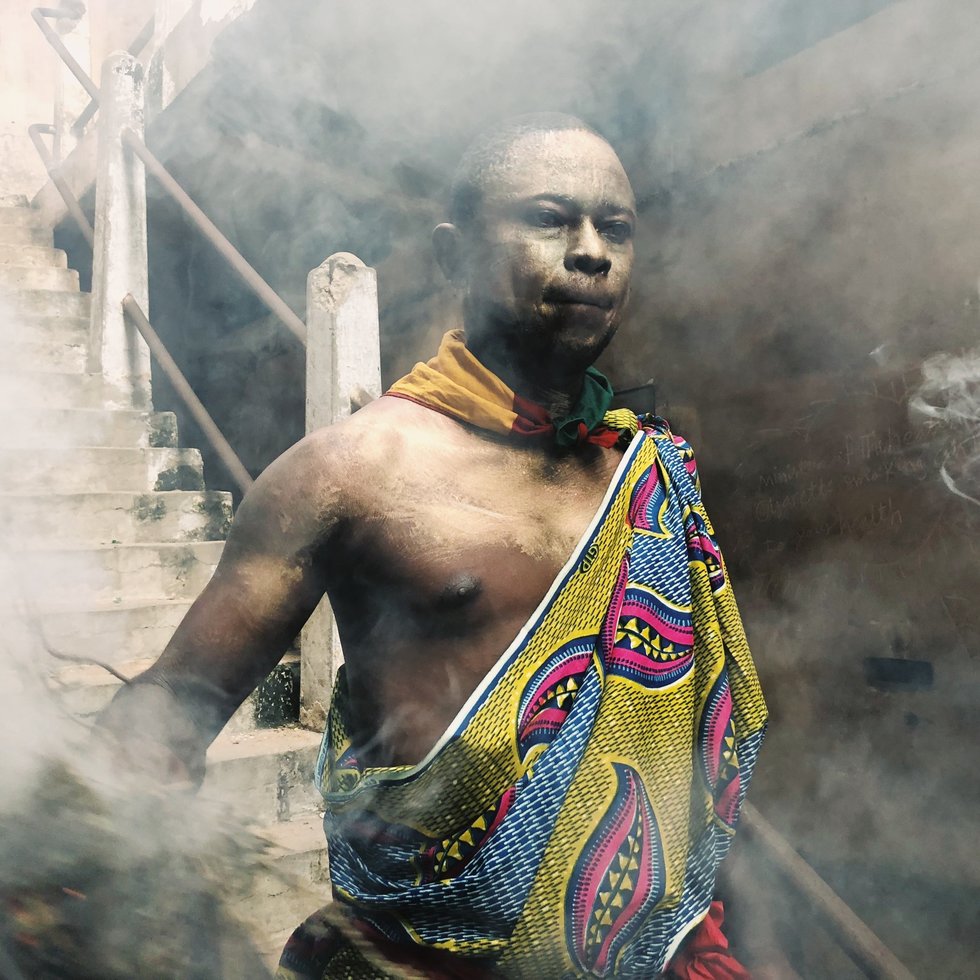 Director Charlotte Brathwaite (Canada / UK / Barbados), along with its employees Abigail DeVille, Jennifer Newman, Ryan Brathwaite, Paul Lieber, Sheila Chukwulozie and Nii Arde Nkpa, also created a fascinating site-specific performance installation in one of the main halls of the Ussher Fort prison, entitled in the sand and the sea: a meditation on lost and forgotten places and people. This collaborative project, such as most of the site-specific work at the festival, came from the living history of the prison – an important reference in the history of Ghana as an institution that held slavery in a transitional phase, to various political prisons points to crucial points in our liberation struggle of colonialism and neo-colonialism.

For something as powerful as CHALE WOTE, which manages to bring more than 40,000 people from around the world to witness the work of about 125 artists during a week in Accra, Ghana, its impact is proof of the power of independent cultural. The festival has completely transformed the discourse on art in Accra, from a support for the life of the rich to a means of combating economic and social injustice. 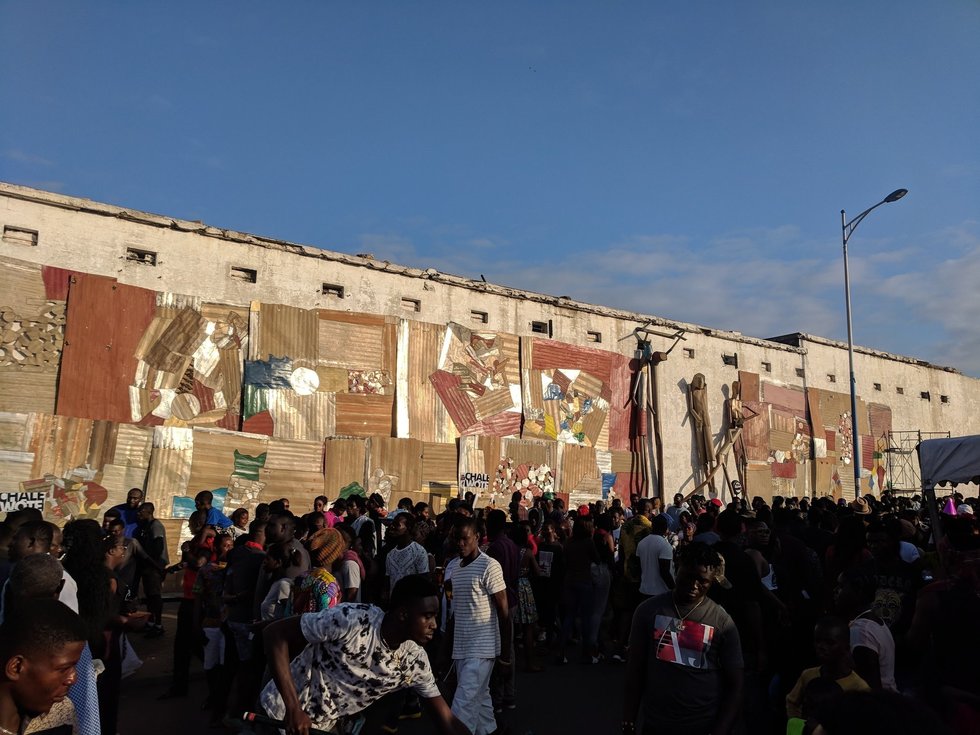 James Town is now an important site for creative culture, as some residents have used the festival to grow their own art practice and also benefit from the economic opportunities that CHALE WOTE brings every August. This strength produced by the festival is sustainable because of the immense love that the festival producers and the community that supports it have for the festival. As long as the power remains accessible, CHALE WOTE will continue to influence and transform human expression in ways that go beyond the set parameters, just like the theme for this edition, PARA OTHER, asks for.

Hakeem Adam is an instinct that is creative in love with beautiful sentences and the fear of communicating complex ideas in poetry. He often expresses this fear in simple sentences on his blog. He also likes to talk about African film and music classics on his platform, Dandano. Stay on Hakeem on Twitter @mansah_hakeem.

1. SOURCE by Regina Magdalena Seblad (Germany), a play with five other women from across the continent. Photo by OBE Images via ACCRA [dot] ALT.

2. Festival goers pose for a piece of Kofi Agorsor at the opening of the SHIKA SHIKA Art Fair. Photo by Abdul Arafat via ACCRA [dot] ALT.

3. British artist and Lord Mayor of Bristol in the UK, Cleo Lake, appearing in The LABs at CHALE WOTE 2018. Photo by Abdul Arafat, courtesy of ACCRA [dot] ALT.

5. Large-scale sculpture installation by Tei Huagie (Ghana) Along the walls of the Ussher Fort Prison. Photo by Abdul Arafat via ACCRA [dot] ALT.