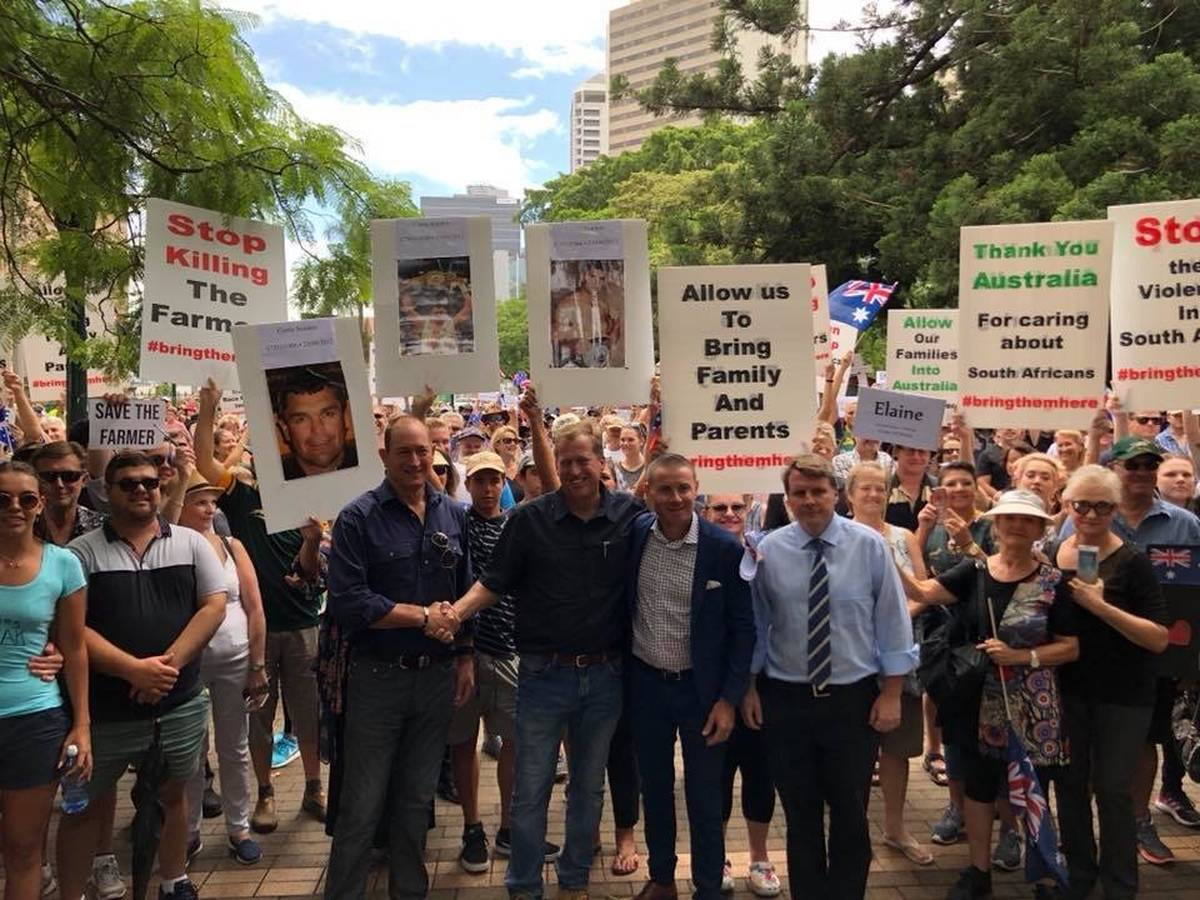 South African expats in New Zealand invoke countries around the world to hold the government of the country liable for illegal expropriation of the country.

The call for conviction comes after the news that the South African government may seize land without adequate compensation.

Since the end of apartheid in 1994, the ANC has followed a "willing seller, willing buyer" process to redistribute white farms to blacks.

But according to a government audit last year, 72 percent of the farmland in South Africa is still in the hands of whites, despite being 9 percent of the population.

That statistic led Cyril Ramaphosa, the president of South Africa who succeeded Jacob Zuma last year, to commit to a land expropriation program.

His ANC Party has promised to "test out" section 25 of the country's constitution, allowing the government to seize land to rebalance racial discriminatory laws.

The Constitution makes it clear that reasonable compensation should be provided to the landowner, but the ANC is now planning a number of test cases to see if land can be taken without exchanging money if it is "in the public interest. "is.

If such bids fail, the ANC has threatened to change the constitution.

Expat Deon Wallace, who has been living in New Zealand for 17 years, said he understands the need for land-based occupation in South Africa, but he does not agree with the way it is done.

"I understand why it is being done All people who owned the land until 1995 were all white, no black person could ever have land.

"Even so far, poor black people still have no land, so I understand the problem – but I do not agree with the way it is done."

The South African NZ Live radio producer said he was a "very frustrated South African" at the moment and was very disappointed in the ANC government.

"The government has let people down because they have not done anything in the last 24 years when it comes to land reform, so why are we at this point where things are being forced and people do not like it.

"If it had been done right from the beginning, we would not be in this position when people were killed and the country was taken away without any compensation.

"Yes, the country has to be redistributed, but where does that stop?" "Stop it, eventually it will be private houses because it's on someone's land, and your bonds, shares, and pensions."

Wallace said that confiscations of land were not only a problem for "whites" in South Africa, but also "colored" people.

He said that his biggest fear was that the confiscations of the country would result in a civil war.

"At the moment they are talking about rural farmland, but in the constitution it contains everything else – so where will it stop?

"All I can see from what is going to happen is that they are going to take people's houses and it will lead to a civil war."

Expat Arno Nel, from the company South African Events, also believes that the actions are likely to lead to more violence.

"I agree that South Africa, if something wrong happens, can end up in a civil war, everything comes that way and people become very emotional, violent and angry," he said.

Nel, 17 years ago from South Africa and based in Australia, is organizing a march in Auckland on September 2 to protest against expropriation without compensation and the protection of minorities in South Africa.

"The worrying fact is that it seems like the government is now prepared to ignore the legal process.

"That is a change in mentality where, to date, they would at least follow the legal process," he said.

"You can not just land, you have to take into account that the person who has it, of course, also paid for, that is what we condemn because it is not allowed."

Nel said that the mood in South Africa has changed and that people are starting to lose hope for the future of the country.

"I think that although it is not a process that everyone likes, we all realize that it must be done as long as there is hope for a future for all people in South Africa.

"But for most people in South Africa nothing has changed and instead it got worse."

Nel said the government acted "very irresponsibly" in creating the expectation that everyone would get land.

"We hate that expectation because they can not do it, even if you take land without compensation, you still can not give everyone the land."

"When you create this expectation for millions of people, they start to take in. And if the government can not even control the crime in the country at the moment, how will they stop land grabbing?"

Nel said he hoped the world would get up and judge what was going on.

"The world must condemn this and warn South Africa of what they do.

"Warn them that this will lead to things like sanctions if minorities are abused and they start expropriating land without compensation, because that is against international law."

• The South African Events March for South Africa in Auckland starts at noon from Auckland Town Hall on September 2nd.