ANC is working on ways to unite, says Ramaphosa

africa September 30, 2018 Africa, Nation Comments Off on ANC is working on ways to unite, says Ramaphosa 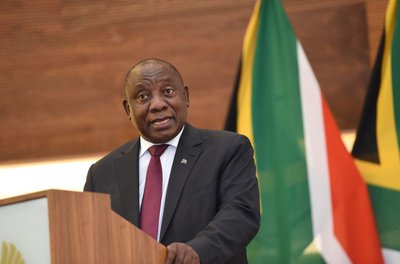 When Ramaphosa addressed hundreds of members of the ANC in Johannesburg City Hall, he assured the government party that he would find his way for next year's elections.

"The National Executive Committee is currently in session, we just came from that meeting and in that meeting, comrades, I can assure you that the majority of the discussion is about unity, finding ways to unite the ANC.

"We are moving to unify the ANC and that is exactly what we have been doing for the last two and a half days, and that is forging unity," Ramaphosa said.

The ANC struggles to unite behind Ramaphosa after his election as party leader at the national conference in December.

Although Magashule strongly denied the existence of a plot, Ramaphosa reminded the public that the late Madikizela-Mandela always frowned toward divisions in the ANC.

"Mam" Winnie was also determined to pursue the unity of the African National Congress. She understood that this was very necessary if the ANC were to remain at the forefront of the liberation struggle. She despaired at every sign of division.

"She despaired of any sign of factionalism or conflict within the ranks of the movement and was deeply disturbed by the effect of the demonstration on positions and resources on the ability of the ANC to promote the interest of our people."