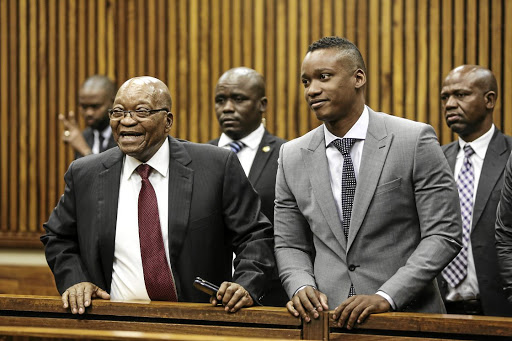 The son of former president Jacob Zuma, Duduzane, says he will testify when the state asks him to do so.

"If I have to, I will do it," he told SowetanLIVE, Thursday at his second appearance in the court of Randburg for two charges for culpable murder.

Duduzane was involved in the state consultation scandal in which he reportedly had played a role in a failed attempt to then buy Vice Minister of Finance Mcebisi Jonas at the home of the Guptas & Saxonwold in October 2015.

Zuma, who is currently deciding how to respond to multiple claims that he has allowed the Gupta family to choose certain of his ministers, was also in court. The appearance of Duduzane was in connection with a car accident of 2014 on the M1 South motorway at the Grayston Drive exit, where two people were killed.

Phumzile Dube, who was in the taxi, was killed immediately, while three other passengers were injured. Jeanette Mashaba died a few weeks after hospitalization.

During the judicial investigation, however, her death was not the result of the accident and she died in the hospital of "natural causes".

During his guilty murder case, Public Prosecutor Yusuf Baba said that the contents of the role were not handed to the lawyers of Duduzane until Friday, so they did not have enough time to prepare. "We have arranged a date of October 26th to have all the problems related to the lawsuit and the transfer of this case to a court," said Baba.