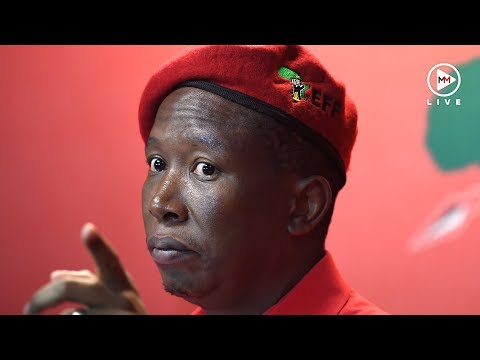 The bodyguards of EVF leader Julius Malema would have fired live rounds on party-goers who threw bottles at his car when he went to a party conference in Gauteng on Saturday night.

The student leader of the party on the Soweto campus of the University of Johannesburg, Mphahlele Phasoane Mpho, claimed this on Sunday.

Mpho said that he and others were outside the hall in Midvaal and listened to Malema's speech via Facebook Live.

Mpho said after the speech that Malema and his bodyguards got into a car. When they left, some delegates began to harass Malema and called him a sale. Malema & # 39; s car came forward and made a turnaround.

"The security of the car comes together with the CIC (supreme commander Malema), when they put people together," said Mpho.

There was a gunshot and the crowd spread.