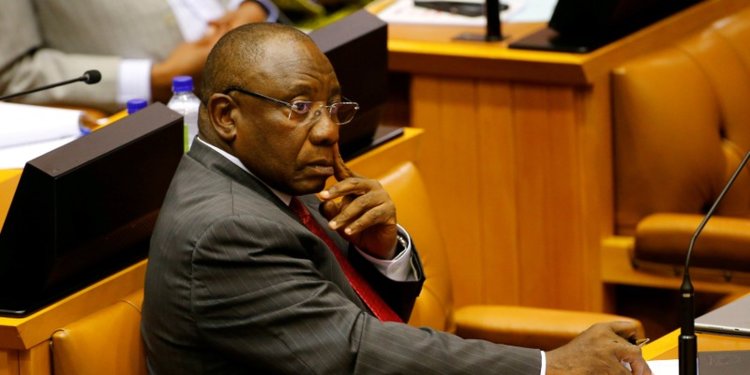 The ZAR sold Thursday news about the fact that Donald Trump had instructed Mike Pompeo, the US Secretary of State, to thoroughly study the issue of the expropriation of land by farmers in South Africa & # 39; Now that the American foreign and economic policy is merging this year, investors have naturally worried about whether Washington could use the economic sanction tool to bring about change.

For reference, the ruling ANC party in South Africa is currently investigating how the Constitution can be changed to potentially expropriated agricultural land without compensation. A parliamentary review committee will come back with an opinion on this issue by the end of August.

What would this lead to and how could the edge react?

It seems unlikely that the Trump government would attack this issue with as much gusto as it did against China (unfair trade and big threat), Russia (electoral fatigue) or Turkey (with an American evangelical predecessor). Nevertheless, the situation is definitely worth monitoring.

If Washington decided that action was to be taken, the world would naturally look at the trade exposure of South Africa to the US. Here, 7% of South African exports go to the US and South Africa has an annual commodity surplus of $ 2 billion – mostly in precious metals, stone and vehicles. A specific focus may be that South Africa is eligible for the African Growth and Opportunity Act, a Bill Clinton initiative that provides a tax-free status for imports from the US from eligible African countries.

What would be the unlikely event that Washington is the sanction threat in South Africa (actually South Africa was caught earlier this year on American steel and aluminum rates), how would the edge react?

The edge is typically a high beta currency for risk sentiment, given the relatively liquid equity and debt market and a prominent position in the benchmark indices of emerging markets. It is typically traded as a currency with high volatility and currently shows, compared with the dollar, a realized volatility of 27% per month. This is high compared to the Russian ruble (15%), Polish zloty (11%) and Mexican peso (14%).

Our medium-term real-value model (the BEER) is currently USD / ZAR, 8% above its fair value, but can easily be extended to the overvaluation range of 20-25% or 16-17 USD / ZAR in times of extreme care.