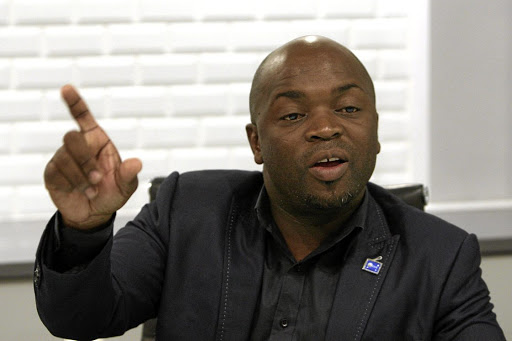 Tshwane Mayor Solly Msimanga will recommend a special meeting of the council on Wednesday morning to immediately suspend the city administrator to prevent him from interfering with a R12 billion call for tenders.

The deal would provide the engineering firm at least 10% in the interim committees for the management of the entire budget of the urban projects, which involves the construction of roads, electricity stations and other infrastructure such as the fast bus system A Re Yeng.

The Sunday Times reported that Mosola had ignored the advice of senior officials and had not taken into account legal advice that advised not to go to the consulting route.

This has prompted Msimanga to set up a preliminary investigation committee which has since recommended that Mosola be suspended while a full investigation into the tender is started.

In the report in which his suspension is recommended, Msimanga says he wants Mosola to immediately leave the city building to prevent a situation in which he can intimidate officials who are willing to testify about how the tender was awarded.

"It becomes clear that the presence of the city manager in the workplace would invariably endanger the research process … It is therefore desirable to immediately free the city manager from his duties to ensure that the process is smooth, unhindered and without undue influence is, "the report states.

If the board approves of his suspension, Mosola is given seven days to respond and gives reasons why he should not be suspended. The council would then meet again after those seven days to consider its reasons and decide whether to replace it or not.

But Msimanga wants the city manager to be at home while he formulates those reasons.

Msimanga said he was worried when the media first received reports of irregularities in the way the contract was awarded.

He said that he had written to Mosola to ask for more clarity, which the city manager gave in a comprehensive answer to questions.

"While this was underway, additional issues were raised that outlined a compromised supply chain management process, a top management that had been hijacked in silence, a possible failure to disclose financial interests, and a suggestion that the alleged misconduct was of such & # 39; s serious nature that it could impede the proper functioning of the municipality. "

Should the Board reject Mosola's reasons why he would not be suspended, he will have to appoint a special investigator to investigate all the allegations.

That researcher is given 30 days to complete a full test and submit a report. If the report recommends disciplinary measures, this must be adopted by the council through a resolution.

Mosola advisors have invoiced the city up to R4,000 per hour to manage their infrastructure projects and have been paid R250 million since the start of the contract in November.

The Midrand-based team of 30 consultants working on Tshwane projects is accommodated for free in the Infotech building in Hatfield.

The ANC in the city has called on the public protector to conduct an investigation into the tender.