What we can learn from great leaders 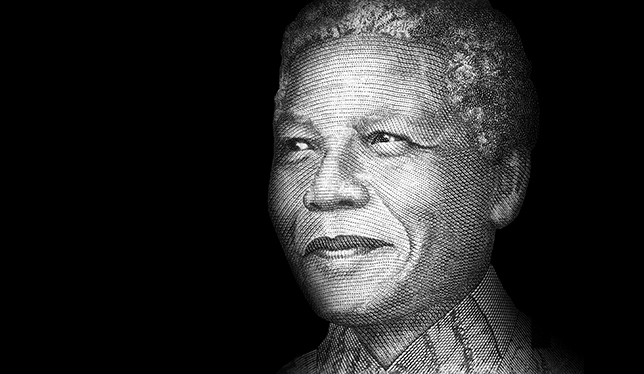 With my work I hope that in a small way I can contribute to building a more inclusive and just society.

Recently I was interviewed about my role as an indigenous leader in university education. I received a number of questions about my views on leadership and my own leadership style. It was a good conversation in the sense that I could think about the role of those leaders who inspired me.

One of those leaders was the late Nelson Mandela. Shortly before my interview, I had listened to Barack Obama for the Nelson Mandela lecture. It was an important celebration, 2018 marks the 100th anniversary of the birth of Mandela, one of the world's greatest leaders. Mandela, known to many South Africans by his Xhosa tribe Madiba, spent his life dismantling the systems of racial apartheid and as a result of his commitment to bring about change, he was imprisoned for 27 years. When he was released, he continued his work to end apartheid and launched a Truth and Reconciliation Commission to expose abuses and human rights violations in South Africa.

Thoughtful about the life of Mandela, I was reminded of his resilience and tenacity. Not only did he devote his life to justice and equality, but he inspired people around the world, including myself.

One of the deeper insights Mandela has put forward and stood for was his vision of education as an instrument to make change possible. One of his famous quotes: "Education is the most powerful weapon you can use to change the world," is striking. He believed in the power of education as an instrument for liberation, peace, justice and equality. He also endorsed that education went beyond the development of skills and knowledge to encompass the improvement of the nation and to bring about reconciliation.

While I think about my own leadership in education, there is a lot to learn from great leaders. Mandela taught the world about bringing together people from all nations. Here I concentrate on three aspects: values, resilience and his vision that education can be a tool to bring about change.

Values ​​are underlying beliefs that we hold and these often guide our behavior. In leadership they are called core values. Core values ​​are important because they determine what is important to us and they can help us to determine our priorities in our lives and work and in decision making. Mandela radiated values ​​of honesty and justice, equality, dignity and freedom. We know that these are core values, because in difficult times he remained loyal to them.

Resilience is another characteristic that leaders strive for, especially when confronted with challenges. Put simply, resilience is the ability to keep moving forward, or to get up again when faced with barriers or challenges. There is no doubt that Mandela was a resilient leader. Having resilience as a leader means recognizing that things do not always go as we expect or hope. When faced with a crisis that inevitably happens to all of us, leaders must use their inner strength to remain optimistic and find a way forward.

In my own work I have often been challenged several times and what I have found useful for my resilience is going back to my core values ​​and reflecting on why I am here and what my goal is? When I answer these questions, I notice that I focus quickly on solutions.

In the end, Mandela left us with a lot of wisdom and insight – I call them jewels of knowledge. His words about education as a tool for change are particularly important to me. It raises the question of the role of education in society. We have a huge responsibility in education to build the next generation of leaders. I believe that we can influence social change through education by building citizens who are responsible, have a good understanding of the world around them and can work and communicate in different systems and communities.

Mandela's leadership was in his strength and ability to tell the world about the injustices in South Africa, and to motivate others to help bring about transformative change to build a better place for everyone . That is the kind of world that I want, and through my work at the university I hope that in a small way I can contribute to building a more inclusive and just society.