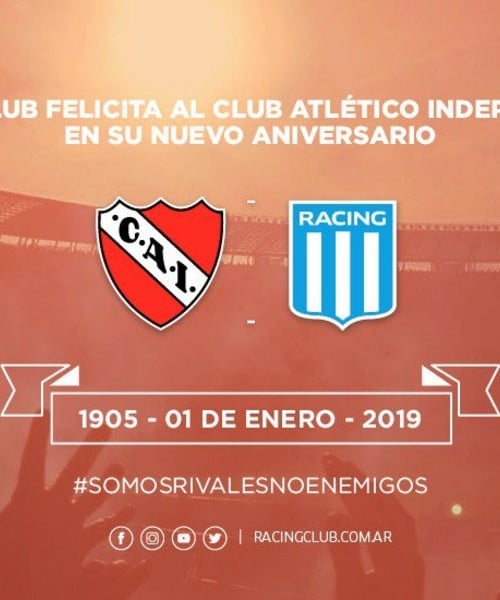 They are neighbors and historical rivals. Racing and Independiente, all life in Avellaneda and its stadiums just a few blocks since many years, star in one of the finest classics in Argentina. and January 1, in a new year of the Red, the 114th, the Academy greeted him via social networks with a message.

See also: the message from Menotti to Bilardo

"Happy Birthday, independent! Racing Club warmly welcomes the institution on the day of its 114th anniversary. Congratulations! #SomosRivalsNoEnemigos," they wrote. On February 23, in the Libertadores de América, they will face each other for the date 20 of the Super League.