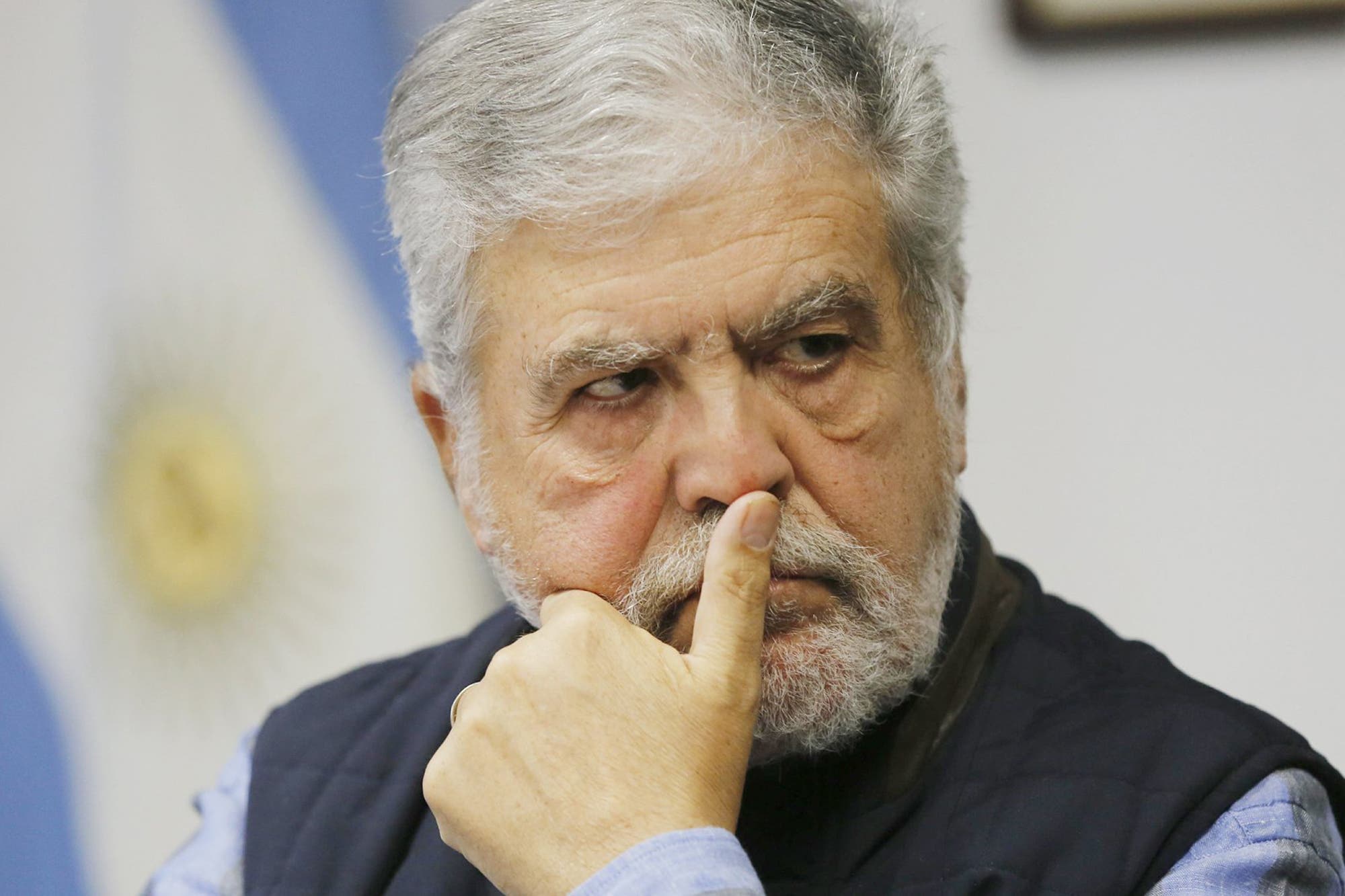 
Julio De Vido
and where he still lives today
his wife, Alessandra Minnicelli, condemned for the federal justice system that the former Planning Minister had his "department" on the tenth floor of Libertador Avenue, "three enormous vaults", among other things, just before the
forbidden terrain that took place in his house on June 24, 2016.

This was revealed by the program
The Cornice, which is sent by
America and is led by Luis Majul. The journalist explained that the man in question did not want to make his identity public for security reasons. His statement to the public prosecutor Guillermo Marijuan took place on August 22nd. Currently the manager is still working in the building where a part of the De Vido family still lives and he is afraid of being fired. He also said that he was afraid of being killed, according to La Cornisa.

These safes were admitted "about 10 years ago" according to the responsible person. The man contributed a countless amount of detail and accused not only De Vido, but also the group of 21 custodians who worked for him on spinning services. He especially mentioned the head of everything: Fabián Alberto González.

"The (safe) was large, about two and a half meters high and one and a half meters wide, like the benches, and the other two boxes were smaller and had a height of one meter, and they were responsible for raising the boxes. was not a custody, it was a staff specialized in this matter because they had huge seatbelts to transport the boxes, especially the big one, the three boxes were up the stairs, "you can read textually, in the file. According to the manager, that was the way the boxes were admitted to the department of De Vido.

"After Macri had won the election, a whole operation began to remove the vaults from the house of Julio de Vido." Six or seven people walked down the stairs and brought them to the first cellar of the garage. Toyota light-gray truck, "he added.

The manager is one of the three who works in exchange services. He was, however, the only one who dared to tell each of the strange movements he saw in great detail, despite the fact that he had maintained a cordial relationship with the former minister of Planning.

The declarant explained that all managers had problems with the managers of De Vido. Especially with the chief of the custodians, González. "They brought not only the vaults of the place, the whole year there was a great movement of all kinds of things, cardboard boxes, bags, merchandise, wine boxes, champagne boxes, Patagonian chivito's, ham legs It was a daily move The guardianship was imminent, I went to the apartment and then, at the weekend, Friday, Saturday or Sunday, many things were taken by van to the Chacra de Zárate, "he said.

The file states that Marijuán asked him whether the building at that time had security cameras, to which the controller replied: "There are cameras placed by the consortium that will take the entrance to the building, there is another in the hall and three other cameras In the garage, the depot holders worried about the knowledge that the sector does not cover the cameras. & # 39; The responsible person has indicated that one of his Assistants, "a person who has regular contact with the administrators, has turned off the cameras several times so that he would not film certain things".

Marijuán asked the Ministry of Security for the list of De Vido managers. It was sent to him with the signature of inspector-commissioner José Antonio Hanna, head of the departments of economic organizations and production of the federal police.
The Cornice He explained that it is likely that the former head of the guardianship of De Vido, Fabián González, has already been informed that they are being investigated because Hanna is his brother-in-law.

The testimony of the controller was sent to the lottery by prosecutor Marijuán. Now it will be included in the case for unauthorized enrichment against Julio De Vido, which is prosecuted by public prosecutor Alejandra Mangano and judge Luis Rodríguez. The lawsuit has been reopened following a court ruling in 2017. At the request of the public prosecutor, the investigation request was extended from 2003 to 2017 until 2003.

The head of the custody of De Vido, González, was also mentioned by the driver


Oscar Centeno
in the


Roberto Baratta
He called the depositor González to ask for protection in one of the money transfers.

Baratta called on the guardianship of De Vido to ask for help in the presence of a suspect vehicle. According to the statement made by the driver Centeno, the guardian Gonzalez was aware of the path of bags of corruption.