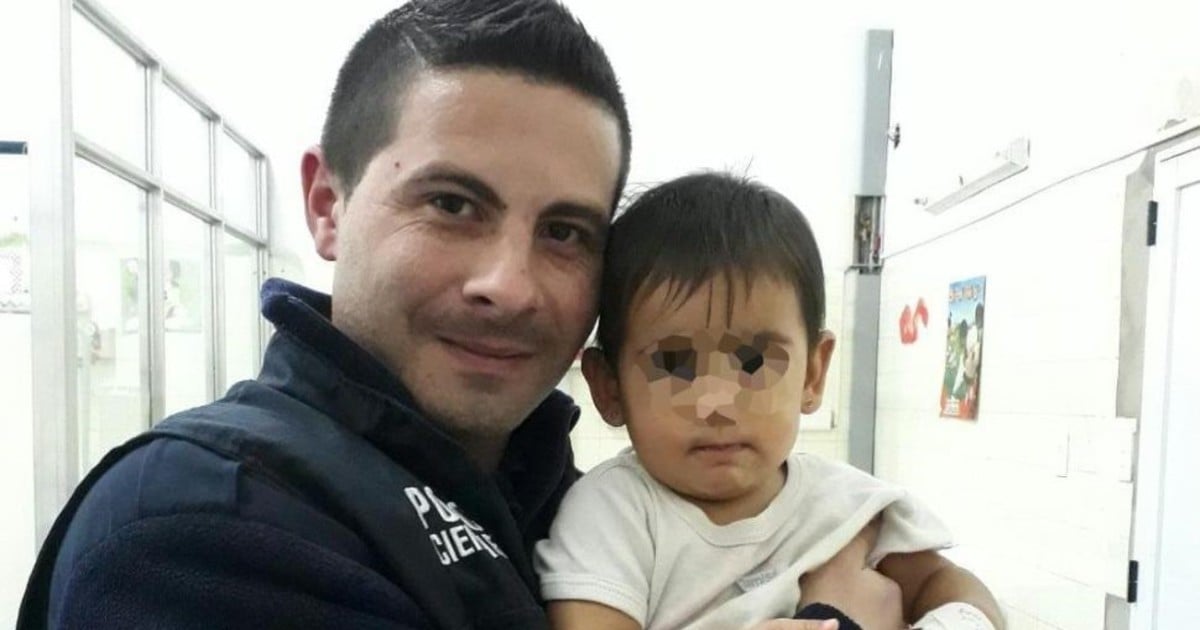 A few hours after the case of the police who breast-fed a baby in a corridor in the children's hospital of La Plata came to light, it was learned that another money man performed a miraculous maneuver to save baby. life of a nine-month-old baby.

The new incident took place in Castelar, when the officer Diego Leonel Larrosa went to the Morgue de de delegation of the Scientific Police of Morón, where he as an expert serves.

When he reached the corner of Almafuerte and Máximo Paz, he noticed that a bus from line 136 suddenly stopped and his passengers began to descend. Among them there was a woman who started asking for help with a little girl in her arms.

. Larrosa quickly approached the dramatic confrontation and worked with the dramatic situation: the baby did not breathe . The policeman began performing resuscitation tasks and went to the medical corps of Morón, located a few meters away.

The junior assistant Julio César Domínguez, who was on duty, took the girl and continued the cardiopulmonary resuscitation maneuvers (CPR) until she was given the youngest to breathe again.

With a SAME ambulance, the little girl was taken to the hospital Morón, where she finally ended up recovering

With a sincere message the mother of the baby Larrosa thanked in social networks for her quick action.

The message of the mother in social networks. .