After two years, the Senate approved the extinction of the domain and returned the project to the deputies 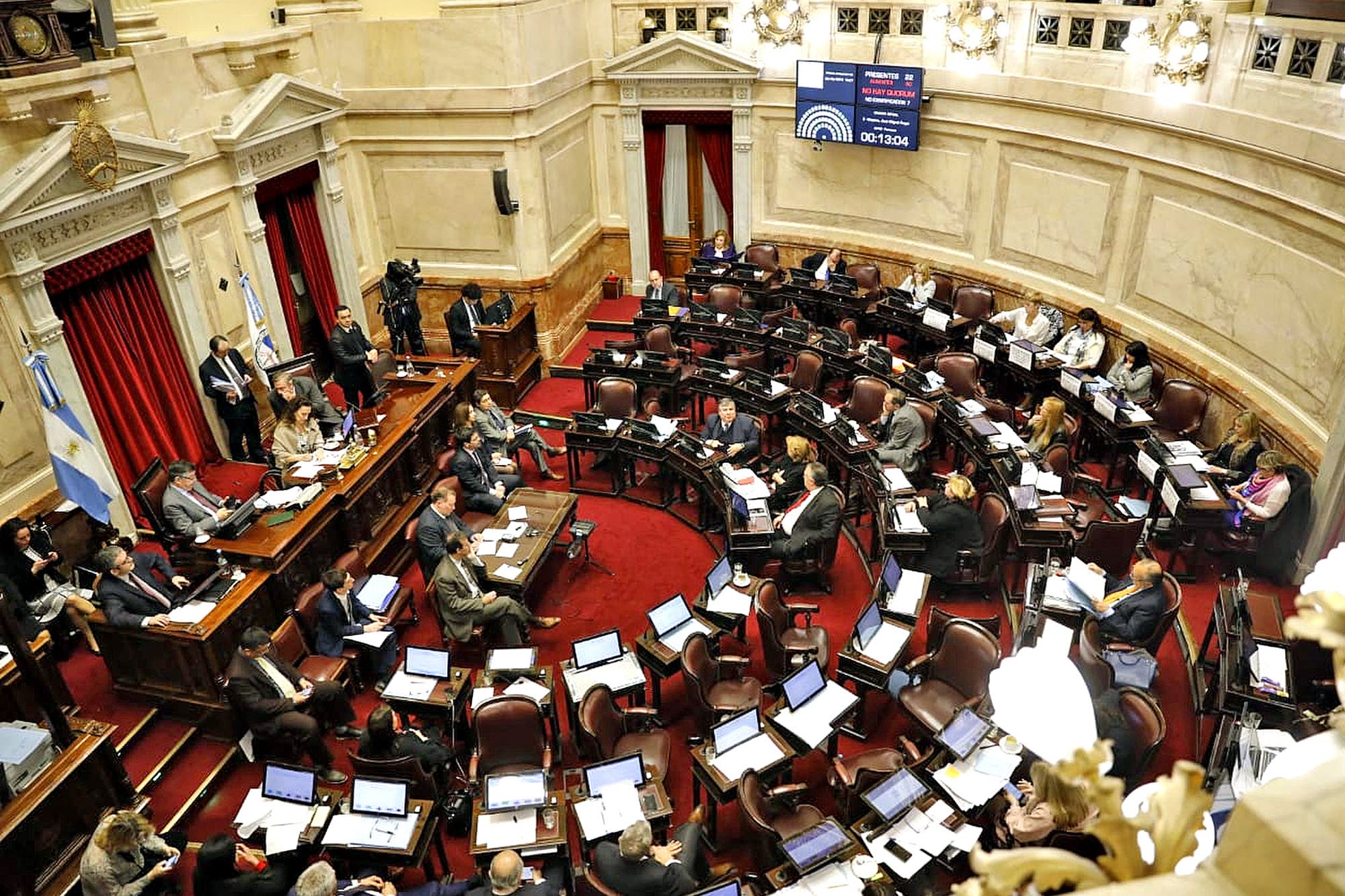 
Senate
approved this morning and returned to the


Chamber of Deputies
in the second revision, the draft law of extinction of dominion was agreed between the PJ and the kirchnerismo and rejected by


Let's change
. The initiative amends the text that has been approved by the Chamber of Deputies in 2016 and seeks to speed up the recovery, for the benefit of the state, of assets and funds obtained through the commission of crimes.


Claudio Bonadio
to level
the private houses of Cristina Kirchner.

What is domain extinction?

"If there is something that Cambiemos is not willing to negotiate, then it is the streamlining of the process and the retroactive effect of the law," said Pamela Verasay (UCR-Mendoza), who complained about the lack of agreement between the main groups . "Society demands decency", the senator complained.

Now the project returns to the lower house, where the ruling party promises to agree to the version approved more than two years ago, which was strongly criticized by lawyers and magistrates during the presentations for the Senate committees.

The scriptures of bribes: how it started, what the plot is and who is involved

The approved text of this dawn establishes that the action of the extinction of the domain will only begin when the judge decides the elevation to oral trial of the criminal case. It is a radical change from the version approved by the deputies, making it easy to attribute the process to the judge.

Before the critics of the oficialismo, the peronism included mechanisms designed to speed up the institute of confiscation and a system of "extinction of the expected sovereignty." for the cases of flagrancy in the crime.

The ruling party opposed its own project more in accordance with what voted for Deputies. The initiative, which emerged from the committees as the second of three statements and which was not voted today, established the extinction of dominion as a civil process that will be developed in parallel, and which could even have a sentence earlier, according to the cause in the criminal jurisdiction.

Moreover, it considered its application with retroactive effect, since it made it possible to extinguish the goods of the goods obtained illegally in criminal cases pending or of which the convictions are not older than five years.

The salteño Rodolfo Urtubey (PJ) defended his bank's project on the grounds that he respected the constitutional guarantees to maintain the extinction of the domain within the criminal jurisdiction and at least to await at least a conviction before proceeding with the action that allows to change, in favor of the state, ownership of the goods. "It is no quibble that we have criminal jurisdiction, because judges and prosecutors already have training and practice in cases of complex and organized crimes," he said.

Diego Cabot: "Justice suspects that silver has ended up with Nestor and Cristina"

"Retroactivities are neither fixed by decree nor by law, it would not be very much that this Senate has become a rule of this kind", Urtubey added in direct criticism of the project that promoted the verdict.

"When there is an oral trial, there is already half a proof, there is a court that can assess the criminal responsibility and decide whether there are assets that are committed for the crime of which the property is to be released and in the hands of the state must be transferred, "added Miguel Pichetto, head of the Justicialista bloc. (Río Negro), at the end of the debate.

The vote in general, which authorized the judicial mediation on the orders of Judge Claudio Bonadio, ended with 66 affirmative votes – including those of Cristina Kirchner, 0 negatives and 0 abstentions. This allows the judge to maintain three characteristics of the exmandataria: her department in Recoleta, located in Uruguay and Juncal; a house in Río Gallegos, located in Mascarello at 400, and his home in El Calafate.

In particular, two articles were voted: the first also received all the votes as confirmatory, but the second, which provided for the magistrate to "complete the procedural steps with due care, prudence and decorum" was rejected by the judge. Kirchnerism, because it was not about the conditions requested by Cristina.