Arrested ex-judge Melazo and was accused of leading a gang 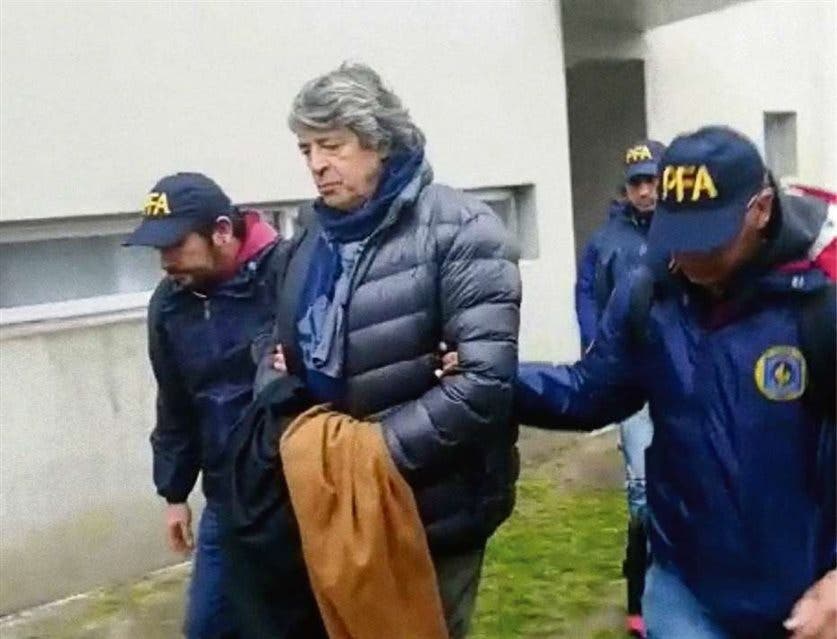 In addition to former judge César Melazo, two other suspects were arrested yesterday, who would have been identified by police sources such as Ruben Orlando Herrera, ex-boss of the brave bar of Estudiantes, and Enrique Petrullo, who would be the link between the former magistrate and various members of the band.

A month ago, the judge was arrested by the police inspector of the Buenosian police, Gustavo Burstyn, who was accused of being the presumed head of the band that integrated two other uniforms and six attackers.

After a number of eavesdropping, however, researchers were able to gather more evidence to support the suspicion that the ex-magistrate was above the inspector-commissioner in the structure of the band. This criminal group is being investigated for theft of houses, forgery of vehicles and payment of protection to detained drug traffickers, in addition to other crimes. According to research sources, Melazo is accused of determining which homes could be attacked and which are not.

"I'm going to speak for the prosecutor, I've never been prosecuted, I never had a criminal case, all the weapons are mine," defended Melazo when he was transferred to testify to the prosecutor.

The arrest of the former judge of the relegation guarantees was the tip of the ball of a scandal in the courts of La Plata, in which ex-prosecutor Tomás Morán and a member of the Penal Chamber of Cassation are also involved in Buenos Aires, as explained by those who are aware of the cause. "It was a big step in the dismantling of the Mafia," Minister of Security Patricia Bullrich said.

The ex-prosecutor has robbed the house and kidnapped several mobile phones. While the cameraman, whose identity has not yet surfaced, was not arrested because he has jurisdiction, but had to appear before Public Prosecutor Lacki, who accused him of alleged influence.

It would be deduced from the elements in the file that this member of the Court of Cassation would have paid $ 500,000 to take advantage of Javier Ronco's house arrest, which was prosecuted for a double murder in La Plata.

The detention of Melazo took place in a farm in Gorina, La Plata, by staff of the Violent Offenses Department of the Argentine Federal Police (PFA). One of the properties sought by the investigators was also the house of the ex-prosecutor Morán, who had not been arrested until now. While Herrera, appointed as former head of the courageous bar of Estudiantes, was arrested in the Grand Bell Country Club at City Bell.

Among the evidence supporting the accusations of Melazo and ex-prosecutor Morán are a number of bugging practices in which the members of the mixed gang of police, barrabravas and attackers referred to the alleged irregularities in the investigation of the murder with three shots of Juan Roberto Farías, took place on December 1, 2010 in La Plata.

According to judicial sources, the investigation into that murder was in charge of Morán. The motive of this murder would have been a supposed revenge, because Farias was going to steal in the home of a former field assistant from Estudiantes de La Plata, where he would have brought US $ 6,000,000. That money and another US $ 3,000,000 that the band would have stolen in various attacks would have been money that the victims had not reported.

Investigators of the Federal Crimes department of the federal police have taken over the case more than a year and a half ago. At the beginning of the investigation, the detectives focused on the murder of Farias.

For example, the researchers determined that the aggressors aimed to recover the US $ 6 million that Farías had stolen from the home of a former member of the technical staff of Estudiantes de La Plata. From the eavesdropping it would have been established that one of the organizers of the band had ordered not to attack the coach's house, because he had ties with the power & # 39 ;. The robbery was made in the same way and some members of the organization would have blamed Farias for the fact that they had completed the robbery.

Farias would have been one of the guests who had been organized on the barbecue on July 20, 2010 to celebrate the Friend's Day. That meal was made in the house of Commissioner Burstyn, in 15 and 473, in La Plata. According to research sources, they had joined Melazo and the mentioned Herrera at this celebration.

In June 2017, after two suspensions and while a jury of prosecution had proved a poor performance, Melazo resigned as judge of Guarantees of La Plata. Another suspected suspect, identified by police sources such as Javier Ronco, was involved in two investigations into murder cases, but he enjoyed the advantage that he was at his home, followed by an electronic ankle band. The mixed band played in another robbery in La Plata, which was viewed in the media. This is the attack that took place on December 30, 2009 at the head office of the Human Rights Secretariat of Buenos Aires.