Attack on the houses of Cristina Kirchner: the operation started in Río Gallegos and continues in Recoleta – 23-08-2018 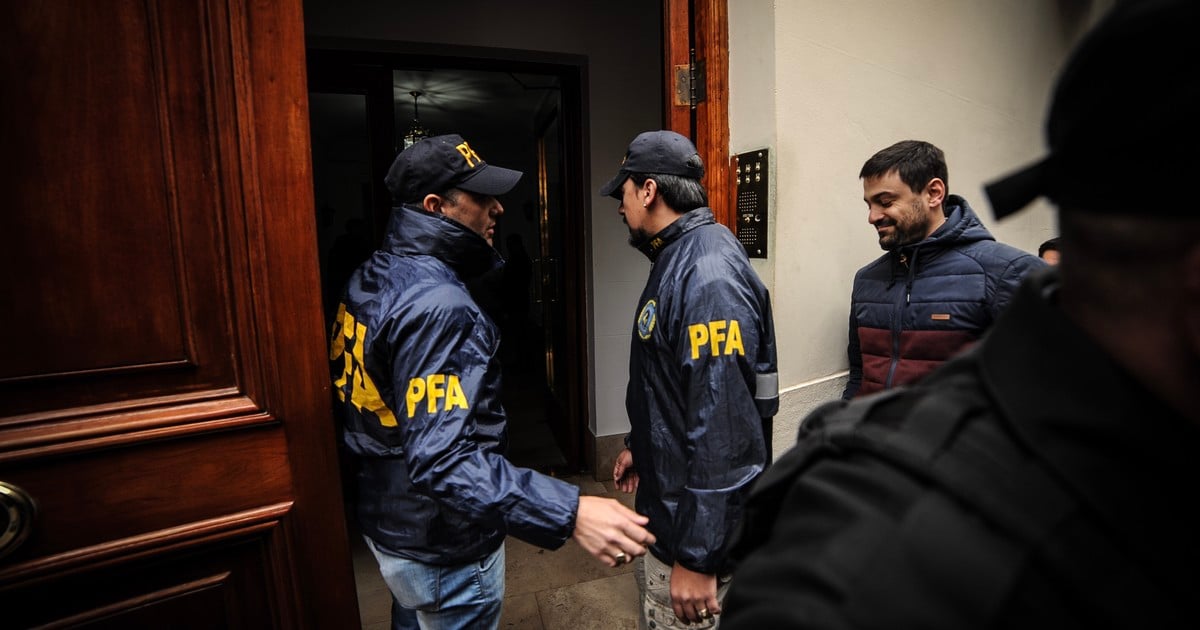 Federal police officers made a raid on Thursday department that Cristina Kirchner owns in the Buenos Aires district of Recoleta and the house she has in Río Gallegos, after the authorization given by the Senate to the federal judge Claudio Bonadio on Thursday.

In Buenos Aires, the federal police troops arrived at 11.45 am, supported by members of the infantry. Afternoon too members of the Scientific Police arrived.

In Santa Cruz, meanwhile, the operation began at 2:43 PM with the arrival of three police telephones entering the building on the street Mascarello 443, corner Comodoro Py. together with the two witnesses that will be part of the procedure.

In the context of the investigation initiated by the so-called "notebooks of corruption", there will also be a robbery on the property owned by Cristina Kirchner in El Calafate.

In the vicinity of the building in Recoleta several local residents were present and there were Some conversations between those who support the former president and those who accuse her of being corrupt.

They have also arrived at the site a group of Brazilian tourists who, aware of the robbery, wanted to be present and compared it with the operations carried out in the context of the cause known in Brazil as "Lava Jato".

In these operations, driven in the framework of the cause of notebooks of corruptionJustice is not looking for money, but "confirm the statements of various witnesses" on physical spaces in the two buildings in Santa Cruz and in the housing porteña, Uruguay and Juncal. In addition, it tries to know the "structure, spaces" of properties as well "possible storage places", told sources from research Clarin.

Despite the demands of the former president and the current senator of the civil unit, judge Bonadio he has not changed his search warrants, that were issued without restrictions on its content this Thursday morning after receiving permission from the Congress.

The first to point to the department of Juncal Street as the central site of the bribery circuit was former director Oscar Centeno, who wrote the eight notebooks that prompted the lawsuit. He indicated that the "collection of the day" was always "carried to Uruguay and Juncal". Roberto Baratta would have made this property between 2011 and 2013 72 deliveries for 60 million dollars.

In the case of the street area Mascarello, in the capital of Santa Cruz, Judge Julián Ercolini has already been asked to certify the plans of the house, as it is also being investigated in the SA file of Los Sauces.

This property of 892.8 square meters, located on the waterfront of Río Gallegos, was judged by the National Appraisal Tribunal (TTN), which found that the value was US $ 570,000: more than double the $ 250,000 that Cristina Kirchner & # 39; s company stated.

Lake suspicious numbers surround That house: Osvaldo Sanfelice sold the house to the former president. The businessman bought it for $ 200,000 and sold it for $ 1,260,000. The property was investigated for alleged money laundering and in that case Cristina and her business partner Lázaro Báez were prosecuted.

Judge Bonadio ordered the properties of Cristina Kirchner to enter, because were indicated by several defendants in the cause of the notebooks of the bribe, as the places of destination of the bags with money. The cause investigates a route of more than $ 200 million in bribes that have been collected by contractors from the state.