Closing of the Circumvallation: diversions on the avenue Fuerza Aérea | News directly from LAVOZ.com.ar 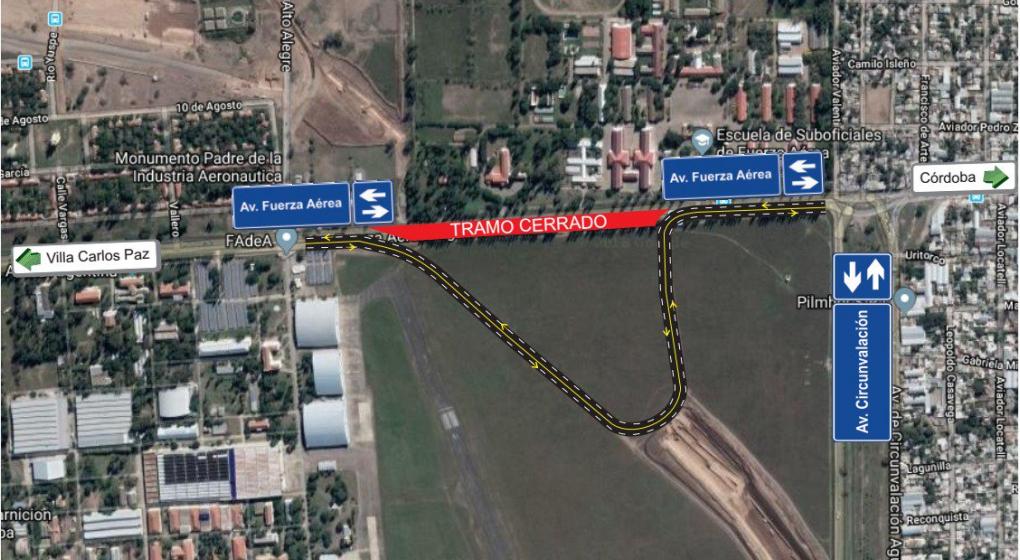 From Tuesday there is a detour along the air force lane near Fadea to continue with the closing of the Ring of the Circumvallation.

# CloseCircumulation # Transit Starting tomorrow, Tuesday 21/8, a detour will be carried out at Av. Fuerza Aérea, near Fadea, to continue with the execution of main roads in the channel, as well as with the branches and bridges of the distributor. pic.twitter.com/92WlKslK8D

The detour will be in both directions, from Caminos de las Sierras announced that "in order to avoid delays a new route was constructed consisting of a paved road with two lanes in each direction of the circulation".

# CloseCircunvlción # Transit The detour is in both directions. To prevent delays, a new part was built consisting of a paved road with two lanes in the direction of traffic taking place in Fadea. pic.twitter.com/6uXEEhWoTy