Cristina Kirchner, caught in a debate 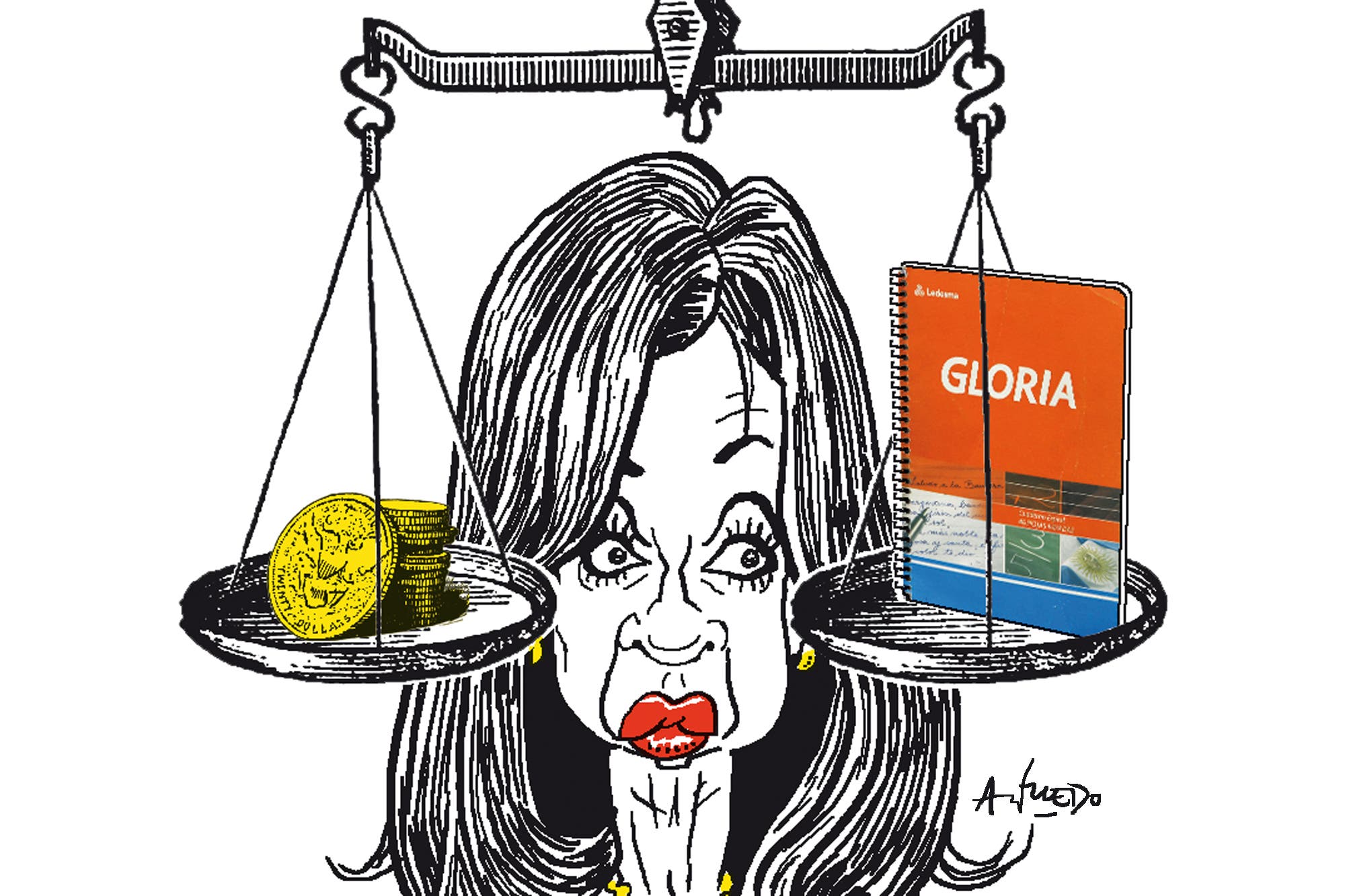 Cristina Kirchner
You can avoid the prison for the time being, but you can not avoid it
the intense debate that it
Justice request to be stopped. Neither peronism as a whole can avoid this controversy. It will happen after the Federal Chamber confirms
prosecutions and preventive prisons dictated by the judge

It is likely that the prosecutor for example


Carlos Stornelli
I asked the federal chamber that I accuse two entrepreneurs that they played a more important role than Bonadio attributed them. This is the financier Ernesto Clarens and Gerardo Ferreyra, one of the owners of the company Electroingeniería. Stornelli will stand with the time that they were organizers, and not just participants, of the illegal organization.

Clarens was an important tool to change the bribes for dollars, but also contributed considerably, according to his own confession, to gather
the bribes between entrepreneurs of the


public Works
. Some researchers claim that it was an important piece at the same time


the Kirchners to take out black money
from the country Clarens never spoke about the latter before the judge or prosecutors. However, it was the one who had the most resistance
break for prosecutors and the judge. He did it when Bonadio prepared the order for arrest.

The Ferreyra case is special because it shows the Kirchners' arbitrariness to distribute the wealth of the state. Electroingeniería was an SME from Córdoba when the Kirchners came to the national government. When Cristina left the presidency, on December 9, 2015, that company was one of the five most important in the country. In addition to the intense construction of public works, it was one of the owners of Transener, the most important national network of high-voltage energy transport. The company, which was born in Córdoba, had also taken the construction of dams in cooperation with Chinese companies

These works were valued by the Kirchner in 6000 million dollars, but the former Minister of Energy


Juan José Aranguren
achieved 20 percent less costs. Be that as it may, the current Minister for Energy,


Javier Iguacel
, negotiates with the Chinese about a change of its local partners because Electroingeniería stains the scandal of corruption. In fact Ferreyra is tried and imprisoned, but never expressed the will to enter the repentant regime. In his statement to Bonadio, he explained his closeness to the Kirchners only in the name of his old ideals and reminded that he was a member of the ERP in the 1970s.

What does one have to do with the other? Nobody knows. Ferreyra always had a close relationship with


Carlos Zannini
, then the most important employee of Néstor and Cristina Kirchner. Zannini also played in the ranks of the Maoists left in Córdoba in the 1970s, when he met Ferreyra.

One of the aspects that Bonadio will investigate is also the role that the former Minister of Public Works Roberto Dromi played in that plot. Figure in


Oscar Centeno
. His studio was visited several times by the collector


Roberto Baratta
but there is no mention of money, whether it be pesos or dollars. Dromi was only a consultant for


Julio De Vido
? Or did it play a more important role in the construction of a broad and deep scheme of corruption? What led Dromi to become a crucial minister of

Another person who will appear in court is the businessman Juan Carlos de Goycoechea, who was the local president of the Spanish company Isolux, which had the construction of the coal-fired power station of Río Turbio. The Goycoechea declared it regrettable that he gave Baratta several million dollars, but that money was sent to him from Spain because he did not have so much silver here.

An AFIP report sent to Judge Bonadio warned him that he had discovered a considerable number of trout drinks in the traditions of De Goycoechea. False invoices serve not only to evade taxes, but also
to wash black money destined for corruption.


Angelo Calcaterra
it is analyzed from different perspectives in the courts. Stornelli ordered from her first resolution that the investigation related to 2003 when they accepted the Kirchner. Centeno's notebooks cover the period from 2006 to 2015. Judge Bonadio was struck by the fact that Calcaterra only spoke about contributions to the election campaigns of 2013 and 2015 in his state of conversion. He wants to investigate the works that his company has built up during the entire Kirchner period.

Other researchers point out that Calcaterra presented itself as repentant without even being quoted by the judge, although the main executive power of his company Iecsa, Javier Sánchez Caballero, was detained because it appeared in Centeno's notebooks. Calcaterra was the first owner of a company to resort to the repentant regime. Before it had done De Goycoechea, but this was a board member of a foreign company, not an owner. The fact that a cousin of President Macri, like Calcaterra, decided to join the repentant regime was a definite message for the rest of the businessmen. "If the president's nephew could do nothing else, what could the rest do?" Explained one of the businessmen who later regretted it. The condition of the first repentant is also a weakening for Calcaterra. The repentant regime rewards the first repentant instead of the later.

That is part of the context with which the request for immunity of Cristina Kirchner will reach the Senate. Senators as well as journalists often call the "Menem doctrine", which in fact does not exist. No judge has ever asked for the deposition of the ex-president. Menem was dismissed by an oral tribunal and subsequently sentenced by the Chamber of Cassation for smuggling weapons to Ecuador and Croatia. The Supreme Court of Justice ordered another chamber of the House of Cassation to issue a new sentence about Menem, but that did not happen yet. Menem doctrine may be understood as the decision of the Supreme Court to grant him candidate candidate for La Rioja last year, which the National Electoral Chamber had denied him. The Supreme Court pointed out that a candidacy could not be prevented without a final punishment, because a possible later acquittal would change that refusal into an injustice. But the Court decided a candidate without an arrest warrant, not a deposition. They are two very different things.


Lázaro Báez
? None of them have a final sentence, but they must adhere to the order of the judge who ordered their preventive prisons.

As federal judge Sergio Torres recently remarked, "civil servants can not rely on the constitution to commit crimes, otherwise they would be privileges instead of immunities to exercise their function." For that reason he continued the infallible Leopoldo Moreau for clear anti-Semitic statements against the deputy Waldo Wolff. So far the climate resulting from the Senate Cristina Kirchner has been granted privileges, but will peronism be under social pressure for much longer? Do you agree with the political weight of Cristina's protection if most senators have not participated in the long game of corruption of the Kirchner couple?