Double Crime of Unicenter: two sentences that do not clarify the mysteries of an emblematic cause – 08/24/2018 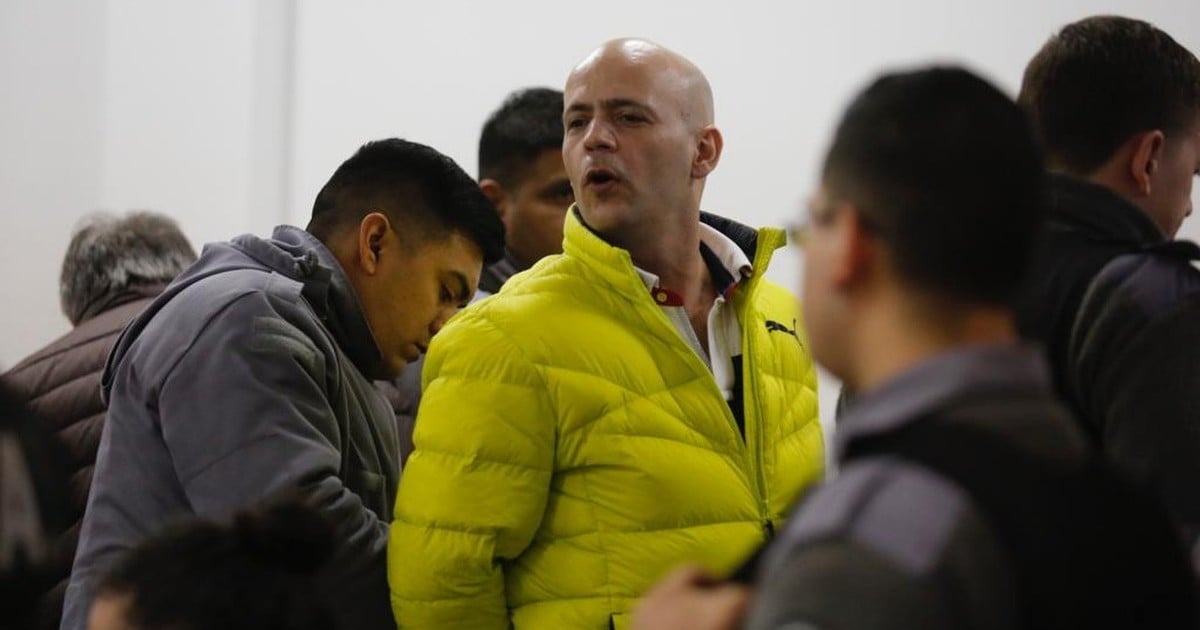 Beyond the tears of fear of the relatives of Víctor Hugo "El Pelado" Ovejero Olmedo (49) and Jorge Daniel "El Zurdo" Moreyra (49), sentenced to life imprisonment by the Double Crime or Unicenterand of the tears of joy of the women and children of Richard Laluz Fernández (50), Gustavo Luaces (56) and Martín Magallanes (49), acquitted in the same judgment, which this Friday in the courtroom of the Court battled Oral Federal no. 1 was from San Martín something more complex than pain or relief.

The verdict, which condemned two of the perpetrators of the murders of Colombians Hector Edilson Duque Ceballos (35, alias Monoteto) and his bodyguard, Jorge Alexander Quintero Gartner (36), it left little taste, something unsolved.

The relief of Mario Martín Magallanes, one of the three acquitted.

After 10 years of a legal process blocked and even outrageous, the verdict of this Friday, whose foundations will be announced on September 7, will only replied one of the several unknowns of an emblematic case, the first in which it was noted how it war between the Colombian cartels had landed in Argentina.

For judges Héctor Omar Sagretti, Silvina Mayorga and Walter Venditti had public prosecutor Marcelo García Berro right when he pointed to Ovejero Olmedo and Moreyra as two of the people who in the afternoon of 24 July 2008 invaded the Colombians at the car park Unicenter. .

They also supported the prosecutor in the opinion that both suspects they took part in the crimes as contract killersbecause they were paid. That is why they applied the only possible punishment for aggravated murder cases: perpetual.

1) The analysis of calls from their mobile phones shows that the day of crime moved them a follow-up of the victims since they left Ayres del Pilar country, where they lived, around 3:30 PM, until they were killed in stores, almost more than 20.

2) The monitoring stations in which, for example, Ovejero sends "burst" a car when his nickname begins to appear in the media. For the public prosecutor, that car – a Volkswagen Bora – is what can be seen in the film Unicenter that supports the hitmen.

3) The testimony of the pilot Matías Miret who, after falling with the Juliá brothers and a lot of drugs, shared the prison with Ovejero in Spain. Miret said that "El Pelado" boasted of his participation in the double crime of Unicenter.

Two secret identity witnesses also appeared in the case, but in the process they were so elusive that the court ordered them to be investigated for false testimony.

Barrabravas de Boca, friends, companions and partners, "El Pelado" and "El Zurdo" they went through the process with their fate bound. Prisoners returned to the oral debate and handcuffs back to the prison complex I of Ezeiza, between the crying of their wives (who did not abandon them even during one of the oral hearings) and the unconditional support of their friend Gastón "Anteojito" Albanian, who scooped the cause more than once.

According to the Garcia Berro public prosecutor, the other three defendants in the case – Richard Laluz Fernández, Martín Magallanes and Gustavo Luaces – were the men who planned and organized the attack in Unicenter. They were all hired according to the same hypothesis by enemies of the victims, paramilitaries and drug traffickers.

At this point the defense lawyers have something to brag about. The three were acquitted and only two weeks later, with the reading of the grounds, it will be known whether the judges have been wrongly accused or whether the evidence was not sufficient to convict them.

That was one of the unknowns that remain after the verdict. But not the only one. Who ordered and paid for the murder cases? Who are the other three people in the Unicenter video as support for hired killers? Why did it take ten years to make a statement that half of the suspects released? These are some of the unanswered questions.