Espinoza: "We have exhausted a population due to Macri's cuts" – News

For the deputy of La Matanza, the dissolution of the federal solidarity fund means "a new outrage from the government towards the citizens". 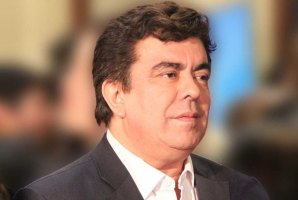 The national deputy Fernando Espinoza (FpV-PJ) presented a motion for a resolution to declare the invalidity of the decree of necessity and urgency (DNU) 756/2018, issued by the national executive, which repealed the decree 206/2009 the Federal Solidarity Fund (FFS), also known as the "Soy Fund", because it comes from the joint participation of 30% of the funds obtained through the export refunds for soybeans and their derivatives.

In the substantiation of the presented project Espinoza points out that the abolition of the federal solidarity fund for the provinces in the remainder of 2018 means a loss of more than 10 billion pesos and about 41 billion compared to the year 2019. of these figures evaluates the former mayor of La Matanza that with the signing of this DNU "the national government decides that the provinces will accept the consequences of the recipe proposed by the International Monetary Fund, which provides for a tax reduction of 300,000 million weights".

Fernando Espinoza said that "we are facing a new abuse of Macri's government against civilians, a measure that directly affects people, at times when we have a population that is exhausted by Macri's cuts."

The representative of the city of Buenos Aires in the house lowers the province of Buenos Aires as the most damaged region, as it will stop collecting nearly 2.3 billion pesos for the remainder of 2018, resulting in a loss of 8 billion in 2019 .

In addition, he argued that the impact would be strongly felt on the municipalities, because of the total funds that the province of Buenos Aires receives from the federal solidarity fund, 32% remains in the hands of the local authorities. "This situation is even more serious when we consider that in the year 2018 the municipalities apparently considered the use of these funds for works, according to a rule of legal status of constant application for almost a decade," he added.

The argument that the national executive has given to explain this decision is that the provinces currently receive one third of the federal tax funds. For Espinoza this is "not only misleading, but it is also absolutely irrelevant for the municipalities because they have no longer been an administrative unit of the provinces since 1994 to enjoy autonomy."

For that reason, the deputy emphasized that "recourse to transfers to the provinces to abruptly reduce funds committed to municipalities is absolute nonsense." In the opinion of the deputy from Matanzas, the government is looking for the removal of autonomy and the defining of the municipalities, which he defines as "the first window for the policy of adaptation and devaluation proposed by the national government".

Finally, the vice-president of the FpV-PJ bloc said that "the nullity of the decree is clear because, in addition to illegality due to merit and opportunity, it is invalid because the constitution does not authorize the president to replace the Congress, but only decrees to enact legislation where there is really an urgent need. "

In closing, Espinoza emphasized that the DNU "represents a new insult to the national government and the International Monetary Fund against federalism in Argentina" and calls for the rejection of the invalidity declaration "for constitutional reasons and merit".