Fifth, they disappeared for the boyfriend of Marianela Rago, the main accused of murdering her – 23-08-2018 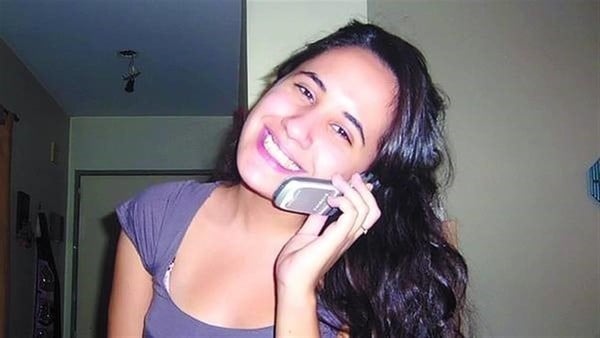 Eight years after the brutal murder of journalist student Marianela Rago Zapata, Justice rejected the ex-boyfriend of the girl, Facundo Amador, for the fifth time. main suspect of the crime.

Marianela was beheaded and received 23 stab wounds in her apartment in Tucumán 2020, in the Balvanera district in Buenos Aires, on June 28, 2010. The girl was 19 years old and was from Tierra del Fuego to study in Buenos Aires.

The mother of the young Marianela Rago Zapata, murdered in her apartment in Balvanera, accompanied by her children. (Telam)

Facundo Amador, who is 31 years old today, was arrested, persecuted and fired for the murder. So much so that last year the cause returned to zero sheets. The young man was re-examined and dismissed for the fifth time in the file.

This time the correctional and correctional judge N ° 15, Karina Zucconi, He based his decision on the fact that the blood sample was collected in the pants that Marianela wore at the time of the crime did not coincide with the DNA of Amador, as Clarín could know from sources with access to the file.

Poster in the streets of Tierra del Fuego against Francisco Amador, in 2010.

The victim's mother, Patricia Zapata, always claimed that the killer was Amador. He even wrote a number of open letters on Facebook to confess him. There was never, however, objective evidence of the responsibility of the girl's ex-boyfriend.

Marianela was found dead in the night of Monday, June 28, 2010 by her brother in the 7th "A" department of Tucumán in 2000. The teenager had gone there because they had seen each other the day before to the match of the selection Argentina against Mexico in the World Cup in South Africa and she had not been present.

When she entered the apartment, she found her throat cut. Then it turned out that on Saturday night he had made a "prior" with friends from Rio Grande in his house and that everyone went to a bar in Palermo, "El Bárvaro". Ta in the early hours of Sunday, she had just left that place on the way home

The researchers always suspected that she met someone along the way, that she was going to her apartment with this person – voluntarily or with a threat – and that they were killing her there. The killer took his DVD, a few keys and a computer.

Last year his mother wrote a letter on Facebook to remind her: "Only to remind you beautiful and happy Tomorrow marks the 7th anniversary of that day that marked all of us who love you We do not get the much craved for JUSTICE The killer still lives … breathing! I like your mother, whom I have you swore that the murderer would pay with a too bitter taste with infinite sadness, without knowing what to do, with eyes wet with a loneliness as big as grief, I'm so sorry, & # 39; Black & # 39; … I'm sorry Both my sweet and beautiful Marian … disappointed, outraged and totally crumbled, my heart and my soul always by your side … ".