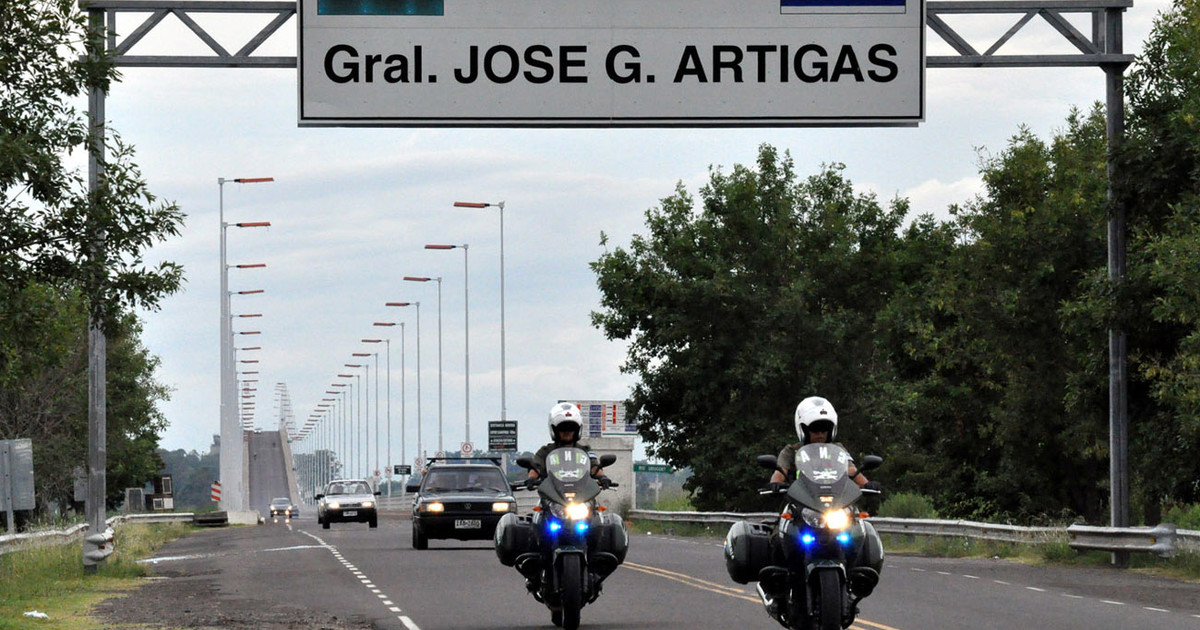 Five kilos of solid food. That is the limit imposed by the Uruguay National Customs Directorate, allowing Uruguayan citizens to enter from Argentina through the border crossings crossing the Uruguay River. The measure, released on Saturday in the neighboring country, was taken before the depreciation of the Argentine peso against the Uruguayan peso and the dollar, and the ease that this quote could imply for those coming from Uruguay to make their purchases.

According to the Uruguayan newspaper El País, the most common purchase of Uruguayans comes from Argentina fueland in this respect no measures have yet been taken to limit this consumption. That same medium published that a liter of supernafta is bought in Uruguay 55 Uruguayan pesos that this is achieved in Argentina with the equivalent of 35 Uruguayan pesos.

The Uruguayan national customs directorate has instructed its staff to focus on controls on the arrival of goods arriving from the Argentinian border via the bridges that reach the Salto, Paysandú and Río Negro divisions. It is an existing limitation, but now it will be checked with more emphasis.

Customs sources quoted by El País argued that the measure is aimed at Uruguayan travelers, knowing that everything is not allowed in this economic context that Argentina is going through. "We will allow them to come with a reasonable family person and not with items that are not for food", according to sources on the Uruguayan media, according to the newspaper, the largest influx of merchandise in these days was discovered by the bridge that connects Colón, in Entre Ríos, with Paysandú.

The fall of the Argentine peso has not only generated the response of Uruguayan customs, but also the way in which tourism will work in Uruguay next summer. Luis Borsari, tourism director of the department of Maldonado – of which Punta del Este is a member – told the newspaper El País: "The adaptation in the bags of Argentinians that we already knew would happen. yes they will come, they will do it with narrow pockets. We have it more than clear ".

According to the website elentrerios.com, the Eva Duarte block of the Deliberating Council of the city of Colón will present tomorrow a document in which it rejects the measure of the General Directorate of Customs of Uruguay and in which he both President Mauricio Macri and the ministry of Foreign Affairs and Worship to make a diplomatic claim for these measures.