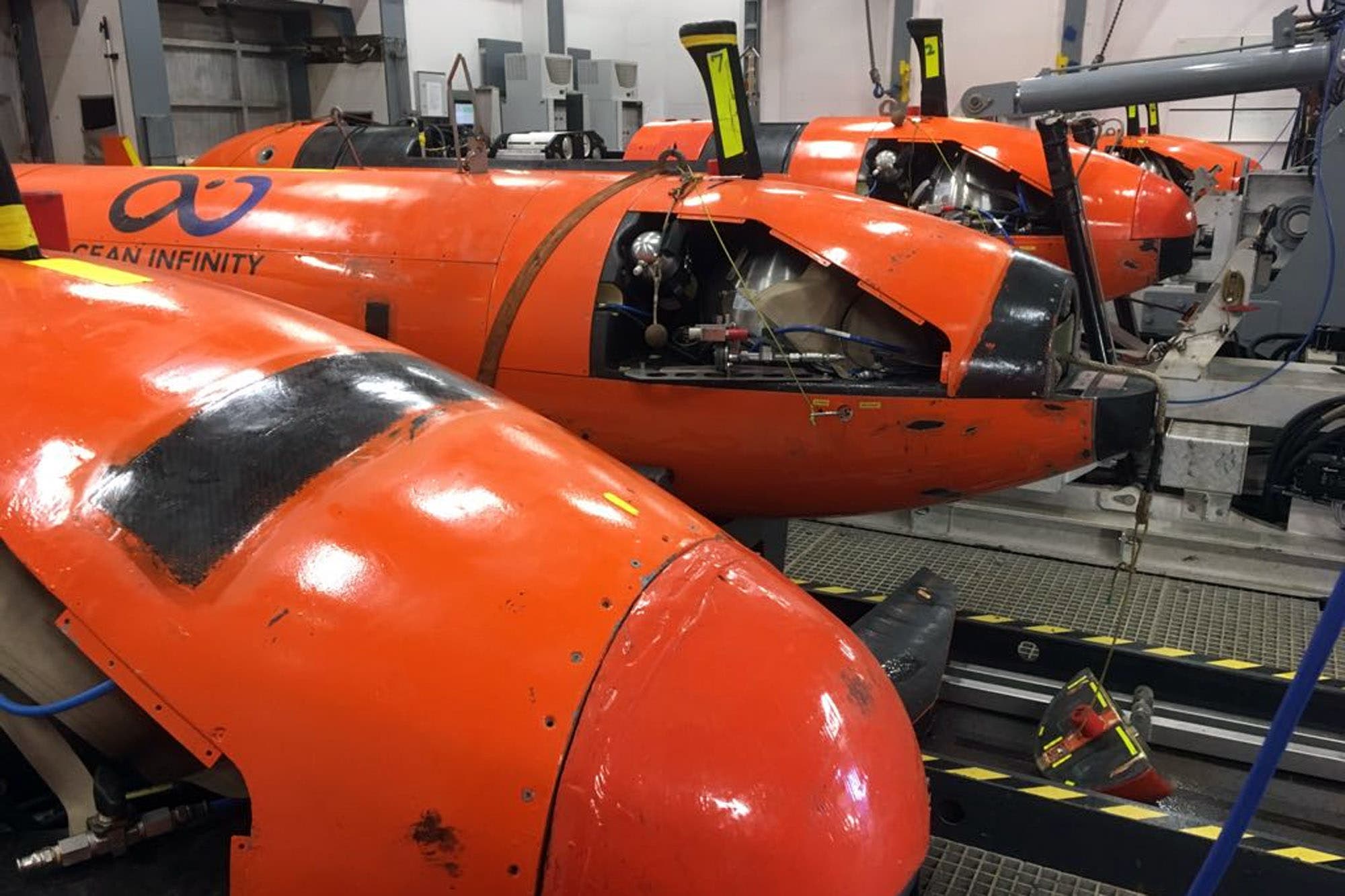 
ARA San Juan
and with the submarine autonomous vehicles (AUV) it was nine contacts, of which five present characteristics for which they deserve to be examined.

In anticipation of the preliminary reports, Ocean Infinity reported that the five focus points are "C-rating", so they have great opportunities and further research is recommended. For this reason, according to a statement released by the family members of the 44 crew members of the ARA, two AUVs will be deployed, which will be added to two others already in the water.

The classification in the search comprises five categories, where the class A corresponds to the identification of the object sought, the B indicates a "high probability"; C, "strong probability"; D means "unlikely compatibility" and E – the lowest – refers to "identified as incompatible".

Moreover, it was officially reported that the contacts analyzed the previous day corresponded to a geological formation and a sunken fishing vessel, presumably of Chinese origin. According to the research, it was "a contact with good reflectivity, good size and no debris field" and "a metal shipwreck with the same dimensions of the contact sought".

In this context, the Minister of Defense, Oscar Aguad, revealed that the sunken ship "was not in the sea charts". And in radial claims he emphasized that "it is foreseeable that there will be news, given that the new technology used makes it possible to see the seabed."

"These devices know how to unravel the images and check whether it is the submarine," Aguad said in a dialogue with journalist Marcelo Longobardi on Radio Miter.

The minister also revealed that the previous leadership of the navy, led by former naval chief Marcelo Srur, refused to accept the cooperation of British ships in the first search. This command structure was dismounted by the government in December, one month after the disappearance of the submarine. "There was a first refusal by the Argentinian Navy, pronounced by the commander Srur, that the British would take part in the search, but at the Ministry of Defense we said that all help would be accepted," Aguad said yesterday. radial statements, by partial correction of information published in the newspaper Clarín.

However, the minister denied that an offer from Great Britain had been registered to add a mini submarine to properties similar to those currently used by the company Ocean Infinity.