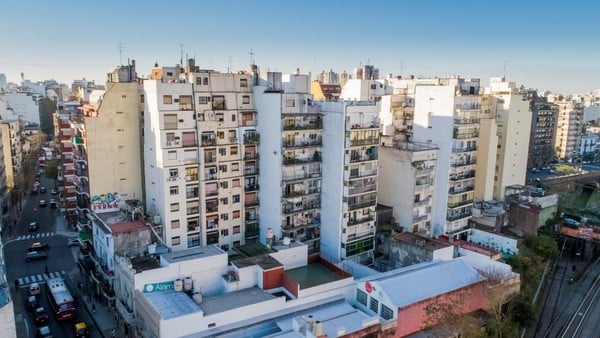 In a context where everything is increasing, utility bills (gas, electricity, etc.) are another item in the long list of obligations of the Buenos Aires families. That is the impact of which it is estimated that on average one in four departments can not pay. In some buildings, the percentage rises to one in three, according to the Civil Association of Administrators of Horizontal Property Consortia. Faced with this situation, the government of Buenos Aires and the city bank have offered the opportunity the consortia can have a free payment account to make all your money movements. It is part of a 14-point plan to reduce costs.

The paritarias of those in charge are the most important element in shared spending because they represent up to 80% of the total. Nowadays, the porteños pay the last installment of the equal share of the porters, of a 4% corresponding to the salary in August that is settled in September, plus a bonus of $ 2,000. According to consortium organizations, will increase utility bills between 10% and 15% (gas, electricity, etc.). In November there will be another $ 2,000 extra; and in December, the bonus will pay another 20% bonus on basic salaries, as stipulated in the collective labor agreement. And it is not excluded that the trade union, like other trade unions, is calling for the reopening of paritarias in the light of rising inflation.

The other increases are in the common services, fixed costs and repairs. Apart from the fact that these costs have a strong impact on all neighbors, they pulverize the tenants' wallets. According to official data – produced by the General Directorate of Statistics and Census Buenos Aires – last July, expenditure has increased in a year 35.2%. On average they always paid $ 1,112 in 2017 and now $ 1,504.

In this context, the city implements a plan to reduce these monthly costs. Today, together with Banco Ciudad, he presented a plan of 14 measures that will be known throughout the year. The idea is that the consortia can have a current account at the bank at no cost and can request credits to make improvements to the building. It is a product called "consortium account", so that has neighbors more control over your money and without banking maintenance costs. In addition to the consortium, the neighbors can also have a free individual account.

"By entering into this agreement, the consortia can pay suppliers and receive the salary of the staff, in addition to access to credit lines designed to improve the situation of buildings," said Facundo Carrillo, secretary of Citizen Services. Although it is very difficult to determine which savings are possible through the consortia, the governments of Buenos Aires say that they can be 40,200 pesos a year if the other three measures that are already being implemented are added: the periodical data book has been withdrawn as bureaucratic; the safe building certificate, eliminated by redundancy; and disinfection, which will no longer be a monthly requirement and will be done as often as the neighbors decide.

The consortia already working at the bank must complete the procedure to change their account. The president of the city bank, Javier Ortiz Batalla, said: "These initiatives serve to make the consortia management more economical and transparent, and it is estimated that there are a million inhabitants living in horizontal real estate, not only can expenses be reduced, but also facilitated. access to a savings bank and a card with associated benefits and discounts. "

There are two other measures adopted by the legislative authority and adopted at first reading. On the one hand In future buildings it is no longer mandatory to include the home for the manager, which means savings in the future. On the other hand, it is also not necessary to install or maintain the fixed dry-fire installations, the hoses that have been rolled up in the stairwells. "These hoses are not used by firefighters, but maintenance is mandatory and costs around 21,000 pesos per year", they explained from the city. Both measures are awaiting a second reading, but a discount is given on approval before the end of the year.

Enter other future measures, the executive has already sent to the legislature to allow the project that the water tanks are not emptied every six months but first a water quality research is carried out to see if cleaning is really necessary. They are also planning make the operation of elevators, boilers and other general facilities less often. Another change: the annual replacement requirement for fire extinguishers will be eliminated without the need for quarterly verification. As far as the façades are concerned, verification is mandatory for building fronts and does not include any other spaces that do not affect third parties, such as terraces.

The consortia organizations confirm that these types of measures have a low impact on the total costs of the expenditure. That is why they claim let them participate in the joint, which is carried out today by the union of managers (Suterh), the chambers of directors and only one entity of consortia.