Incidents in La Plata: demonstrators tried to enter the government by force and caused damage 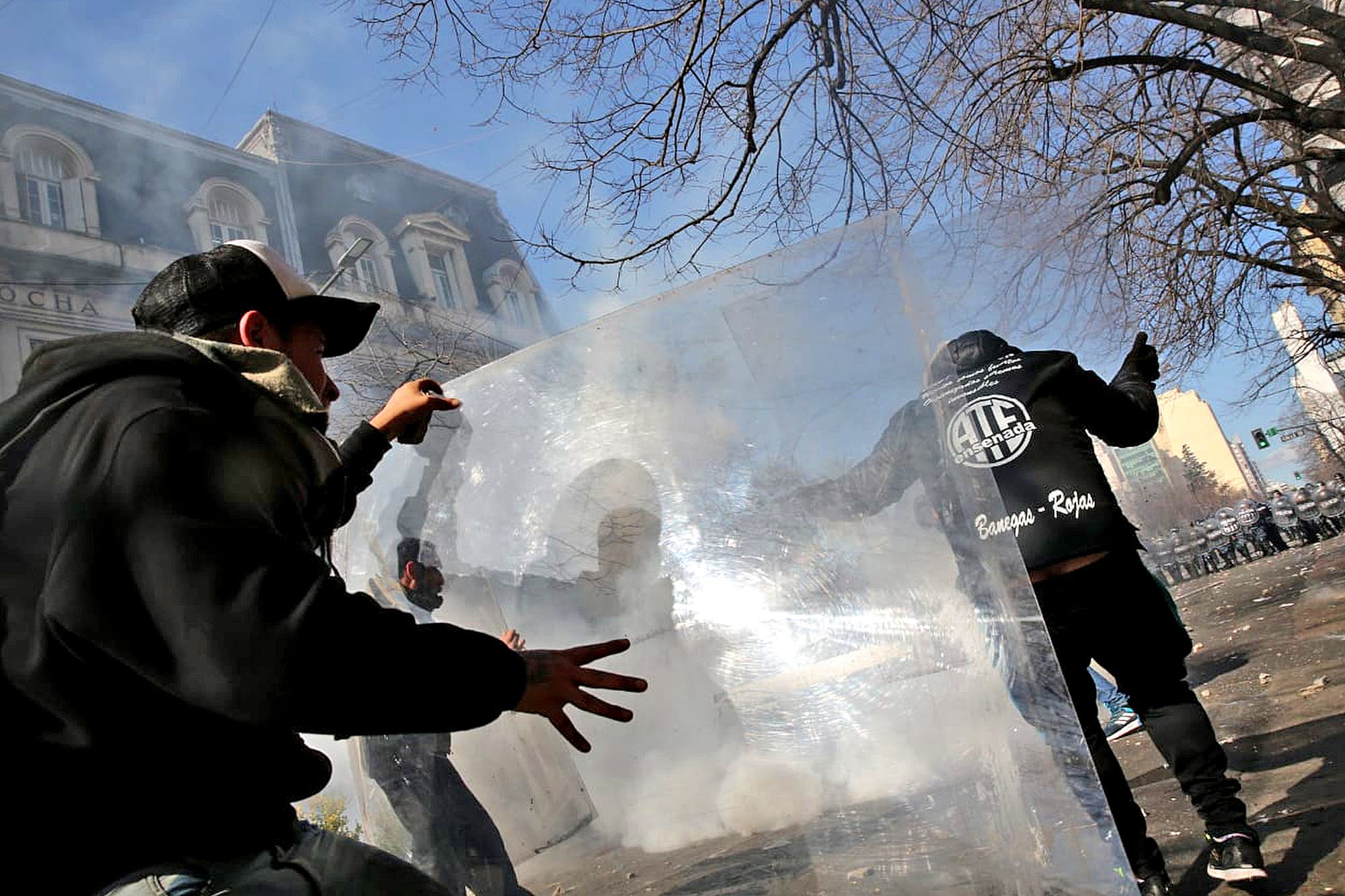 LA PLATA.- A march of workers from Astilleros Río Santiago ended this afternoon in a real clash with the police, which included stones, rubber bullets, tear gas and four wounded. The incident also influenced the ceremony that was held in the university premises to remove the remains from
María "Chicha" Mariani, the founder and second president of the Grandmothers Association of Plaza de Mayo.

Police sources insured
THE NATION that two people were arrested and two police patrol cars were destroyed during the confrontation between the demonstrators and the provincial security service.


María Eugenia Vidal
and the unions of shipyard workers are at their worst. The situation became even more tense in the program
Journalism for everyone from


Jorge Lanata
a report was issued in which it showed a certain negligence and inactivity of the shipyard and the guilds were blamed for managing everything.

This issue was taken by the trade unions and a large number of Astilleros employees as a media action & # 39; that the Vidal government launched to discredit the shipyard and the guilds.

The response from the authorities was immediate and the president of the shipyard manager, Daniel Capdevila, accused the trade union of "fraudulent administration" and filed a complaint.

In that presentation, Capdevila assured that there is "fraudulent administration" and assures that he "has become aware of the existence of very serious maneuvers carried out by my presidency and to his detriment and thus of the provincial state and public treasury". That is why the union called the mobilization taking place in the center of La Plata "to the growing anxiety of the workers" for their labor and "for discounts of various salary items that have been part of the salary for 30 years".

That is why the march was mentioned in "rejection of the ongoing attacks by the authorities," they said of ATE Ensenada. The workers had concentrated in a large number on 7 and 50 meters from the interior, after they had cut off access to the highway "in defense of jobs".

But at some point everything exploded and the police threw tear gas and accused the protesters who threw stones. The deputy province of the left front, Guliiermo Kane, told
THE NATION that the repression is brutal. "A worker was blown up by an employee and there was a high-pressure hose from the government to suppress the workers"