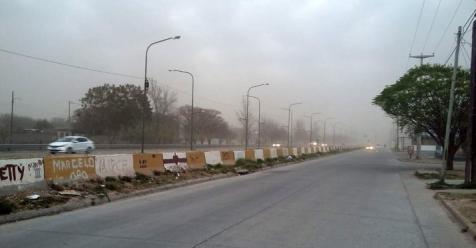 The National Meteorological Service warned this afternoon for intense winds with gusts for Santiago del Estero, which arrived around 18.

According to the report, the coverage area will be affected by winds from the south sector with estimated speeds between 50 and 65 km / h with gusts of wind, at least to date on Saturday 18 August. In the extreme south of Santa Cruz and Tierra del Fuego, the winds will return to the western sector to increase its intensity.

The predictions for the wind intensity on the sea area bordering the coasts of the province of Buenos Aires, Río Negro, Chubut, Santa Cruz and Tierra del Fuego were published in routines for maritime navigation.