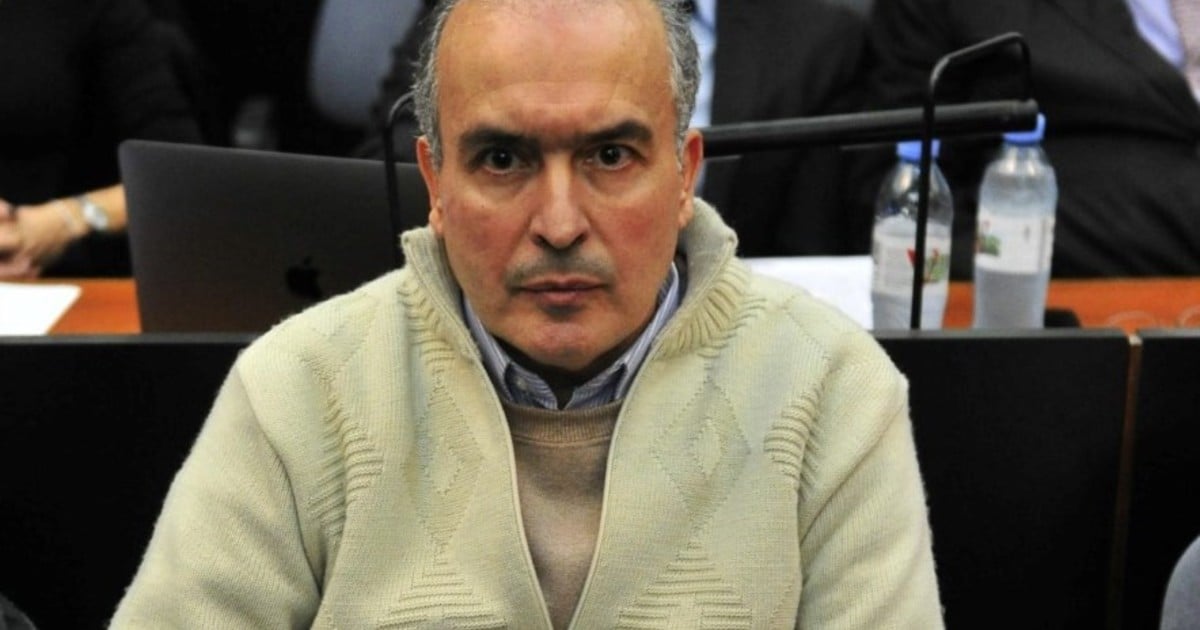 "He was able to calm down, he was very upset and afraid of his life", and she described José López who saw him after he had repented in the case where he is referred to as a necessary participant in the illegal association that was ordered to move $ 200 million in bribes. Former official K admitted to one of the collectors. Her confession was conceived for several days, which made her struggle to fall asleep. "He has already received psychological and psychiatric help," official sources said.

Solo, isolated. Without visits. For example, the past 48 hours passed the former official of Néstor and Cristina Kirchner who had led the public works for twelve years. Designated by construction companies as one of those responsible for requiring companies between 10 and 20% of the total number of contracts awarded, was severed and provided one of the most relevant confessions for the cause . the notebooks of corruption.

For the first time after two years, José López did not spend the night in the 6th section of the Ezeiza prison where he was detained for illicit enrichment. There he had his individual cell, but he had common spaces and tasks that he shared with other prisoners who are part of the IRIC, the program for prisoners for corruption.

He is completely isolated and isolated in a detention center. detention that is no longer the Ezeiza Federal Penitentiary. "It is not in a private home or in a house as believed in the beginning, but it is a different detention center than the only one that was up until a few days ago," said the official sources on Clarín .

The decision to isolate him meets his request to leave the prison after he has become an accused assistant. "He was very afraid that he was worried about his physical integrity and that of his family", told a source with access to the cause that he saw him on Friday after his extended confession.

The last week before José López in Ezeiza was complex. I try to make a first confession in the process of illegal enrichment and because he decided to repent because of the bribes of his bribes, he had trouble falling asleep and therefore he has psychiatric and psychological help. In the last hours it was quieter.

Lopez became the first former front line official who became an accused member of the corruption case. In addition, is a member of the program of Witnesses and suspects, which is protected by the Ministry of Justice.

From now on, it will have special detention in the framework of this program and its security measures his whereabouts "will remain low absolute reservation."

Los Lobos is the specialized group that is in charge of the surveillance of Lopez. It is part of the Federal Plenipotentiary and the Special Intervention Group (GEI), which is specifically prepared for this type of task.

Something is certain: López is still in prison, but he will not return to the pavilion where he was imprisoned with other prisoners in corruption cases such as Amado Boudou, José María Núñez Carmona, Cristóbal López, Fabián de Sousa and Roberto Baratta, among others.

Judge Claudio Bonadio still needs to ratify the agreement he has signed with the Prosecutor and only then will he become the next accused employee.

Now, as a repentant, the family of Lopez was offered to participate in the program of Witnesses and protected suspects, but according to Clarin they decided not to be part of it. Likewise, the Ministry of Security will take security measures against them.

"It was one of the main confessions of the case", they say in justice when referring to Lopez's statement.

In an investigation of more than three hours the ex refrente of the public work K, he told how the works were distributed among the cartelized companies and pointed "upwards", in an allusion to Julio De Vido and the marriage Kirchner as the main authorities of the National Executive. There was no lack of details about the percentages applied to the bribes that companies paid. " He provided much information at the height of what Carlos Wagner contributed", sources of the case against Clarín.

It was precisely the former president of the Argentine Chamber of Construction who, after "repentance", had a "system for the mapping of public works ", drawn up by De Vido, has been eradicated.

How it worked? The companies agreed on how to bid for a tender and decided who won. Then the winning bidder agreed with the former Federal Planning officials on "how to pay" from 10% to 20% of the financial progress, which almost completely returned to the employees in a coim mode. This "system worked no matter who won," Wagner said. López could not deny the operation of this machine that achieved the civil engineering works and for which a budget of several million dollars was thrown during the Kirchner government.