José López contributed more information to judge Claudio Bonadio, who could accept him as a contributor today – 23-08-2018 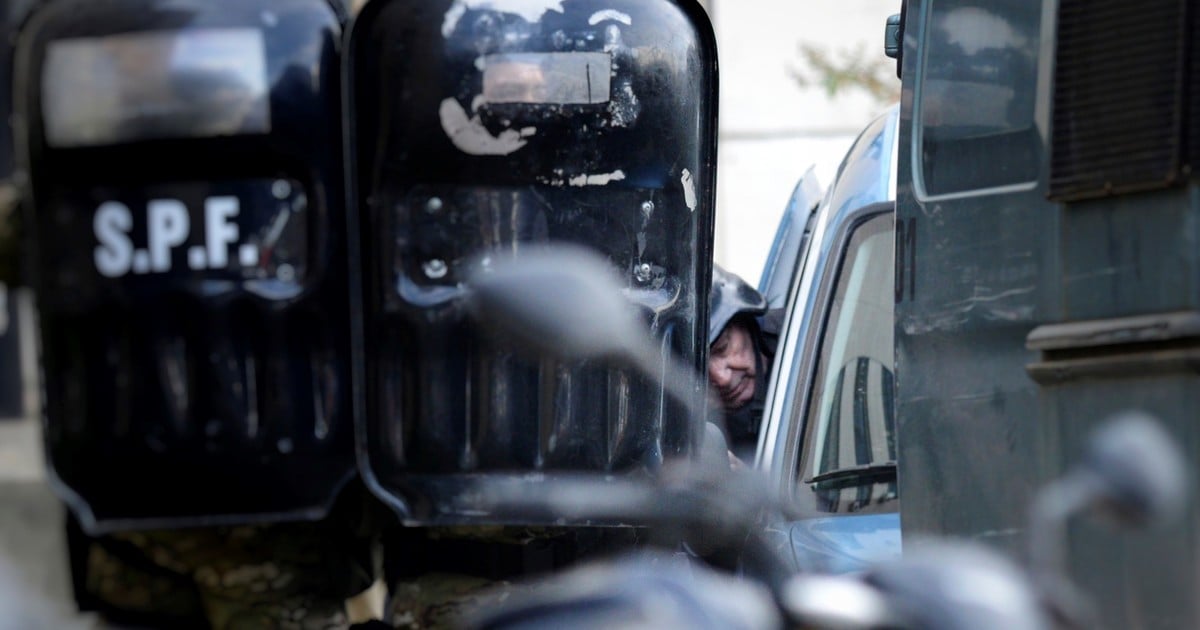 This Thursday morning, the imprisoned former Minister of Public Works José López was again handed over to the public prosecutor of Carlos Stornelli and the court of Claudio Bonadio after he had testified last week in the case of the writings of corruption. After a series of clarifications and clarifications regarding his last justice, the former official K left the court. Bonadio resolves the day if it approves the agreement. As you might know Horn, gave more details about a "illegal collection system"by public works, and reiterated that the" bags of the convent of General Rodríguez "were connected "to the schedule of bribes" examined.

The judge checked whether the necessary formal requirements to allow the "repentant" pretension as "accused employee" in the case of the notebooks were met. Lopez clarified parts of his statements that, according to Bonadio, were not correctly established, and provided new details. Stornelli felt that his contribution was thate "broad and substantial", and that will be "confidential" from now on. Before this new panorama, the judge would define this same Thursday if he finally accepted the agreement.

In his previous statement, López He pointed to Cristina and Néstor Kirchner as the heads of the collection structure of the public works of recent years.

"I made the right decision to work together," he said this week, days after he admitted before prosecutor Carlos Stornelli that the circuit of bribes worked that accused the Kirchner government of the entrepreneurs in the construction and energy sector. This Thursday he repeated for judge Bonadio lhe is afraid of his safety and that of his familyand so he said that he wanted to stay within the protection program for witnesses and accused employees.

The former Kirchner official he appointed Néstor and Cristina Kirchner as responsible for the collection of "illegal funds"; He attached the bags to US $ 9 million that brought him to jail with the bribes that Bonadio had investigated and indicated that he was responding to the "Guidelines" that Julio De Vido lowered, "revealing a scheme that was rooted in the extinct Ministry of Planning, part of which was twelve years.

What did he confess?

About what happened in the morning of June 14, 2016, when he tried to hide in the monastery of General Rodríguez bags with almost 9 million dollars, 153,000 euros, 59,000 pesos and Rolex watches, Lopez decided to give more details.

"The bags are related to the bribes that have been investigated in this cause, they are part of the same maneuver ", He said, as Clarín said. And he appointed Néstor and Cristina Kirchner as the main responsible "of the collection organization". This Thursday, when it expanded, it repeated: "The money was not mine" and indicated that it corresponded with the previous government.

Confirm that the money collected matches "coimas", referred to the "main authorities" of the national executive as those responsible for those who have demanded the collection of those funds. And when asked about his relationship with the former president, he only sent himself to say: "It was a good relationship."

He said more. He explained that he referred to that money in the process "it was about politics", he restricted it to the Kirchner administration, where he belonged for twelve years as secretary of public works. and by expanding his statement, he said the complaint for unauthorized enrichment "They have planted it to me as a hostage."

At that time he was more fearful, those who saw him referred to him as someone "subjected to many years of abuse and fear"Then he called Néstor and Cristina Kirchner. "Those who are responsible for asking to be charged" lI bribes.

Lopez also indicated that he "left the guidelines that went down", the former minister Julio De Vido, at the time of "ccoordinate, supervise the collection"of the bribes that were charged to companies in the construction and energy sector.

What was your role? José López said thatand he "controlled" the "circuit of payments" of the various contractors of the state. Nothing he did alone, "he executed orders," and hinted that he was "a soldier of the matter."

His detention conditions, according to those who visited him in the last days, did not vary much in comparison with those in his cell in Pavilion 6 of the Ezeiza prison. López has been in jail since June 14, 2016 for unauthorized enrichment, when he tried to hide bags with $ 9 million in the General Rodriguez Monastery. He did not get his freedom back, but decided to break with Kirchnerism, which he had been a part of since he first stepped on Santa Cruz.

Currently, as part of the program of protected suspects, the former minister of Public Works has security measures to "protect and protect" regulated in the context of the protection program, official sources explained Clarin.

"I regret that I spent so many hours on work and politics and little on my family, Now I am alone and vulnerable", Lopez sketched when he testified before prosecutor Stornelli. This is how he described his current situation. He could not sleep for many days before he agreed with his official defender Gustavo Kollmann to work together on the fight against corruption. To date, only a friend of his life visits him.

Despite all this picture, José López said that he felt he believed that he had made the right decision by adopting the attitude of working together & # 39; who & # 39; traumatizes a little bit who took this step and continues to live, although to a lesser extent & # 39 ;. The moment he explained about the state of the nervous crisis in which he lived, the former official K referred to the "Destruction and submission received for so many years by the circle in which he was submergedwho did not see the way out, who in some way held hostage.

At the moment they are assisting with psychological and psychiatric help that "from that point of view is very well enclosed by specialists of the program" and pointed out that the first days "he could not sleep, now he does it medicinally".