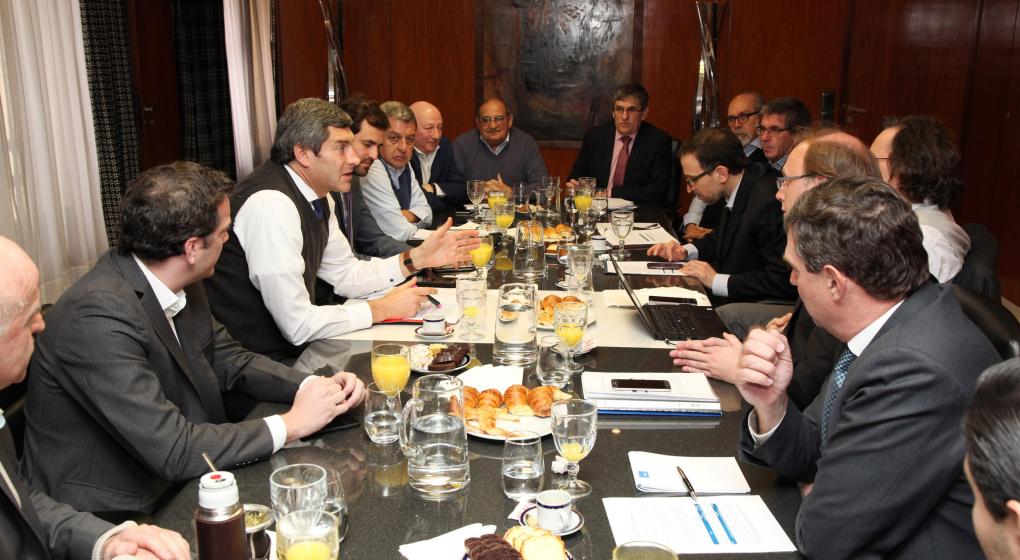 The first technical meeting between the governments of the nation and the vast majority of the opposition provinces that wanted to reach an agreement on a draft budget 2019 revealed the difference in political focus on how the budget deficit could be reduced to 1.3 per cent of GDP, such as the board of Mauricio Macri agreed with the IMF.

While the national government insisted that the goal of reducing the deficit was to be achieved through the adjustment of government spending, the provincialists pointed out that this is also due to the increase in resources. "Our commitment is for the budget to come out, but to the extent that we balance the two equations and create fundamental aspects that create social and geographical equality", the Minister of Finance of Cordoba, Osvaldo Giordano, summed up this newspaper. .

He contrasted with this position what the secretary of the provinces and municipalities of the Ministry of the Interior, Alejandro Caldarelli, said to this newspaper. "We have to go to the cost side, the best signal is that the adjustment is made by the state," he said. And it meant its rejection of the proposal to postpone the instruments for 2019 of the tax reductions (gross income and stamps) laid down in the budget pact of November last year: "It would be a bad sign for the world to do something today. to cancel signed only eight months ago. "

The Cordovan and his colleagues from Río Negro, Agustín Domingo and San Juan, Roberto Gattoni, were the spokespersons of the ministers of the region of 18 opposition governments. All Peronists participated, except Misiones, and also the non-Peronists from Santa Fe and Neuquén. Among the provincial ministers, however, there are also profound differences between & # 39; conciliators & # 39; and & # 39; rupturists & # 39;

In the meeting at the House of Salta in Buenos Aires yesterday held with Caldarelli; the Secretary of the Treasury of the nation, Rodrigo Pena, and the Secretary of State for Relations with the Provinces of the Interior, Paulino Caballero.

Notwithstanding the differences, the parties will endeavor to bring positions closer to a new meeting next week, after the provincial proposals in the ministry have been evaluated by Nicolás Dujovne. In short, it is about agreeing on the total adjustment of 300 billion pesos for 2019, how will the 100 billion pesos correspond to the provinces.

The provincial proposals aim to "improve income through efficiency and tax administration, but without increasing the taxes of those who already pay or productive activities", summarizes Giordano. In short, combat extermination and evasion. He said, for example: the establishment of a real estate revaluation agency that the national government would have to establish through the Tax Pact and that would make it possible to improve the collection of property taxes on valuations adjusted to market prices; eliminate the possibility that companies apply inflation correction in the income tax, thus affecting the collection; and in personal property, where there are ambiguities that allow taxpayers to pay less.

Another proposal by the provinces is the abolition of transport subsidies, which now reach 50 billion pesos, of which 60 percent goes to the metropolitan area of ​​Buenos Aires. Giordano said that this proposal is aimed at reducing subsidies to companies and diesel, without compromising what the state allocates to the Single Electronic Ticket System (Sube) and also to metropolitan trains.

Some problems were clear. There will be no return to elimination ("unilateral," said Giordano) of the Fofeso ("soy fund"), 29 billion pesos for municipal public works that Macri eliminated by decree. In order to "change", the provinces had access to, but in the form of loans, 3 percent (25 billion) of the Sustainability Guarantee Fund (FGS) of the Anses and at a rapid pace as in force on the financial market. Also the elimination of the ATN for the municipalities, about 5 billion pesos and the suspension of the Teaching Incentive Fund (Fonid) for 12 billion.

Similarly, there would be no changes to the tax relief implementation conditions provided for in the Tax Pact, although the economic conditions since signing changed: "Some macro assumptions were not met, the economy grew less, and in July the collection grew less than inflation, which is why we ask to review it, "Giordano said.

The cut that forms the national government

With this proposal the PJ proposes alternatives.

$ 50 billion. By abolishing subsidies for public transport. This measure particularly affects the city and the province of Buenos Aires.

$ 29 million. They will be cut in 2019 by the elimination of the Federal Solidarity Fund (Fofeso), "soy fund". This measure is already applicable from this month.

$ 12 billion. Because of the freezing of the National Teacher Incentive Fund (Fonid).

$ 5,000 million. For the elimination of national treasury contributions (ATN) to municipalities.