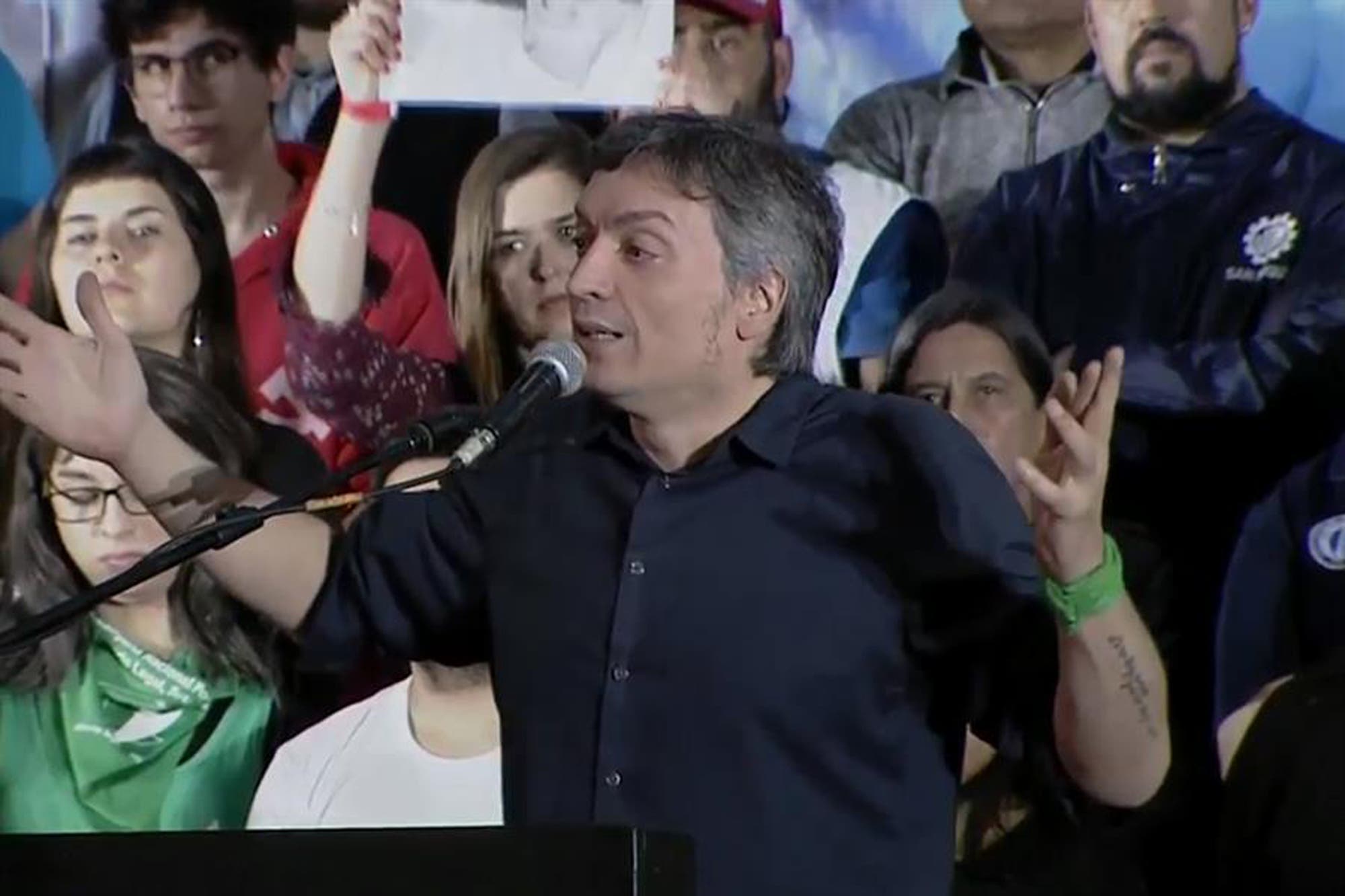 The former secretary in his statement to the public prosecutor Stornelli as a member of La Cámpora in the black payment system; Clarens contributed little and researchers do not believe him

Máximo Kirchner
, the son of the former president and manager of the family business, was named by


José López
in his statement to the public prosecutor


Carlos Stornelli
as part of the

López called Máximo Kirchner "in the context of


The Campora
"and raising money for politics, adding sources with access to the file known as the writings of bribes." Although the role of the deputy was not central to Lopez's statement, they clarified.

The man with the bags, an icon of Kirchner's corruption, offered before the prosecutor of Stornelli details about the US $ 9 million that he took in June 2016 to a monastery in General Rodríguez and he would even have given names of people involved in that money.

Lopez closed his agreement on Friday after he had declared more than six hours for prosecutor Stornelli, but confession had not yet been approved by Judge Bonadio, who in the coming hours could request more information from the former official, according to legal sources.

The mention on Máximo Kirchner is the little one that up until now could have been known about the statements of López, which also against Julio De Vido and


Cristina Kirchner
as the people responsible for collecting illegal money.

The former official also told the prosecutor how he had been instructed by the Kirchner to raise money during the 2013 campaign for the sole purpose of destroying Sergio Massa's candidacy, which had just created the opposition Front Renovador after his time in the government of Cristina Kirchner.

During his confession Lopez also ratified the statement of Carlos Wagner, extitular of the Argentine Chamber of Construction, who provided details on the payment of bribes in public works, reported legal sources.

When LA NACION was able to rebuild, the ex-secretary of Public Works finally broke in on Friday – he was held for more than two years – after reading the repentant agreement signed by Wagner and Claudio Uberti, former official in charge of road concessions.

After long hours of doubt, Lopez sat before prosecutor Stornelli and deputy prosecutor Carlos Rívolo, but all the determination the former official showed to tell how the bribe system worked was inhibited when it came to specifying the role of Cristina Kirchner, they trusted judicial sources.

After his confession, Lopez asked for the program of protected witnesses. He changed his place of detention – which is a secret – for fear of reprisals in the Ezeiza prison, where he shared the pavilion with other ex-Kirchner officials such as Ricardo Jaime and Amado Boudou.

Clarens, when in doubt

Bonadio still has to decide whether to approve the López agreement with the prosecutor – something that requires a prior interview with the judge and the suspect – and the same with the financier Ernesto Clarens. In the latter case, the judge is not satisfied with the statement. He suspects that the alleged convert lies and until yesterday was unwilling to approve the agreement, informed judicial sources.

Clarens, who presented at least three of the business men who witnessed the case as the "collector" of their bribes, did not admit that he had played that role.

Neither have worked together to convert money corruption abroad. As for Cristina Kirchner, she said that she never saw her, that she does not know her.

Clarens made a long "non-chronological" description of his history, in which he especially immersed in his landing in the south in the 1990s, an official who knew his statement told LA NACION. Clarens also did not seem to convince the public prosecutor. When the interview ended, Stornelli warned him that the law provides very serious consequences for the supposed repentant who lies.

With the cooperation of Paz Rodríguez Niell