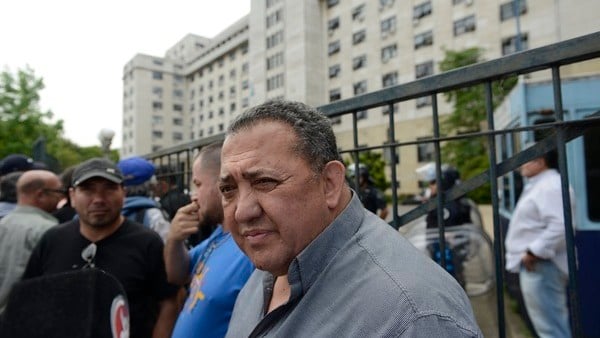 The leader of the MILES party, Luis D & # 39; Elía, was put on Twitter for a report on the vaults of the Kirchnerism that broadcasted the Sunday program La Cornisa (América TV) on Sundays.

While the program was being developed, the former piquetero insulted the journalist Luis Majul and also attacked Mariana Zuvic, the parliamentarian of Mercosur, who was in the studio with the driver.

"The stupid pajero of Luis Majul who shows vaults as if it is a crime to have someone who insults the intelligence of 44 million Argentinians, Mariana Zuvic goes me tell her that her husband is immensely rich, it has no safe, the economy collapses and these people leave the forum, "Elia wrote, always controversial.

Not satisfied with his first eruption, minutes later he doubled the bet and went on with his cataract of grievances : "They traveled around the world Larrata and the company looking for accounts and offshore companies of Cristina and the only thing they discovered were 48 offshore companies of Mauricio Macri, the president of the most corrupt government on the planet. "

Conscious of the outbursts of D & # 39; Elía, Majul replied live: "First of all, I went to see your bunker, you know that I am not afraid of you, it does not matter to what extent you throw bullies in it. The one with an intelligence problem is you similar vault to keep silver and more silver and more money so do not insult the intelligence of the Argentinians who already knew it a long time ago. "

Then the driver added: "The economy is obviously wrong, but also because of your responsibility, because everything choked Including fox, D & # 39; Elía . "