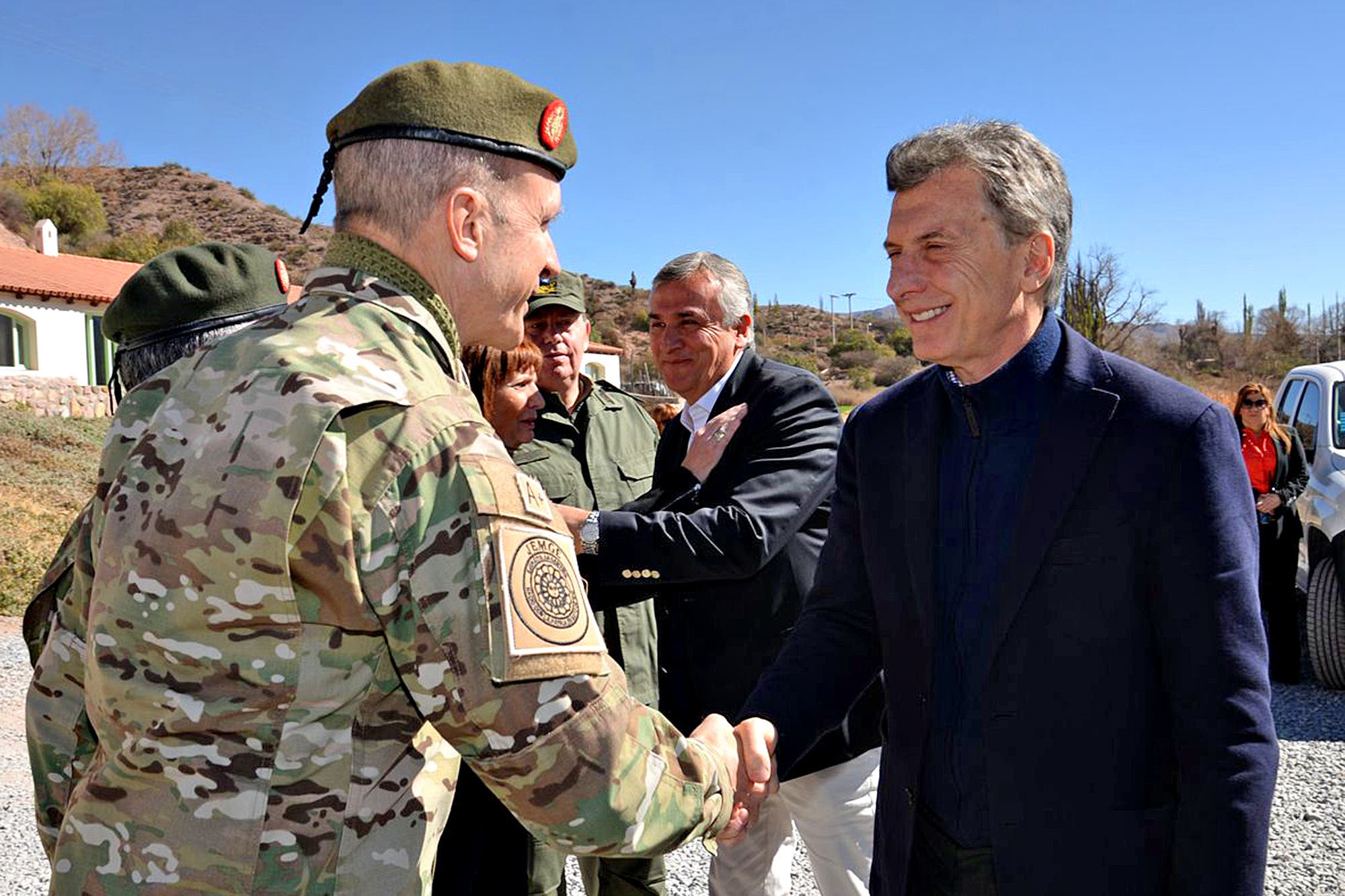 
Mauricio Macri
launched
the cooperation of the army for internal security. Yesterday Jujuy announced the mobilization of members of the armed forces on the northern border, between La Quiaca and Puerto Iguazú, with the aim to assist the national gendarmerie in the fight against smuggling and drug trafficking.

of the first transfer of troops – there are 500 soldiers and that number will increase to 3000 before the end of the year to patrol an area of ​​51,600 square kilometers, from La Quiaca to Puerto Iguazú- na Macri & # 39 ; s decision to sign decree 683 in July, which changed another that the then president had signed


Néstor Kirchner
which limited the participation of the armed forces in external aggressions of state descent. After the change introduced by the head of state, the armed forces were authorized to provide logistical and communicative support.

"They are the armed forces and the security forces of democracy, they are there to take care of us, with the level of dedication they have for their task", the President justified yesterday from the city of Huacalera, where he was the first operation presented under the Plan on protected borders, which comes to replace the North Shield.

The operation, which was put into operation by the head of the joint chiefs of the armed forces, Lieutenant General Bari del Valle Sosa, and the operational commander, Carlos Pérez Aquino, is part of a plan to deploy the Armed Forces by the government with Minister Oscar Aguad.

The objectives also include the mobilization of 600 military personnel to 50 strategic objectives – in It includes dams, hydroelectric power plants and oil and gas fields – and, according to
LA NACION the establishment of a division of 10,000 uniforms for a fast deployment force. According to the president, the army will assist at the borders with radars for the control of the airspace in about 3000 kilometers of border.

The military will cooperate with the security forces, including in the field of communication, with drones, equipment of technology and Razit radars, detection of enemies in motion during combat. And they will deliver trucks to move gendarmes, and they will support the supply of drinking water. In addition, the air control of the aerospace order will be continued.

Macri said during his presentation that the government is performing "deep transformations that are not easy tasks." and described that work & # 39; a new Argentina gives birth & # 39;

The head of state, who was accompanied by Aguad; the Minister of Security, Patricia Bullrich, and the Minister of Social Development, Carolina Stanley, among others, criticized Kirchner's management on security issues and stressed that those "years of corruption, neglect, inaction and lack of long-term strategy" allowed the the advance of crimes that have "complicated the lives of all Argentinians", such as trafficking in human beings and drug trafficking.

"We are full of projects and we need to live in peace, feel safe, we have to be convinced that our children have insurance," said Macri, who noted that during his presidency 28,000 anti-drug operations were being carried out, 30,000 criminals were arrested and 400,000 pounds of drugs were taken.

Macri, who since he took office, sent support messages and rapprochement with the troops of security, representing a change of paradigm after 12 years of Kirchnersm, also sent a message to the members of the armed forces. "We trust you, we count on you, we know that you have trained for this task that we entrust to you and we want to continue supporting you and give you equipment," said the president.

As part of the internal reorganization of the armed forces, the government has already anticipated selling next year real estate for US $ 300 million, of which US $ 200 million would be invested in military equipment, and that from the budget of 2019 will save about $ 3 billion in defense operating costs, which will be about $ 14,000 million