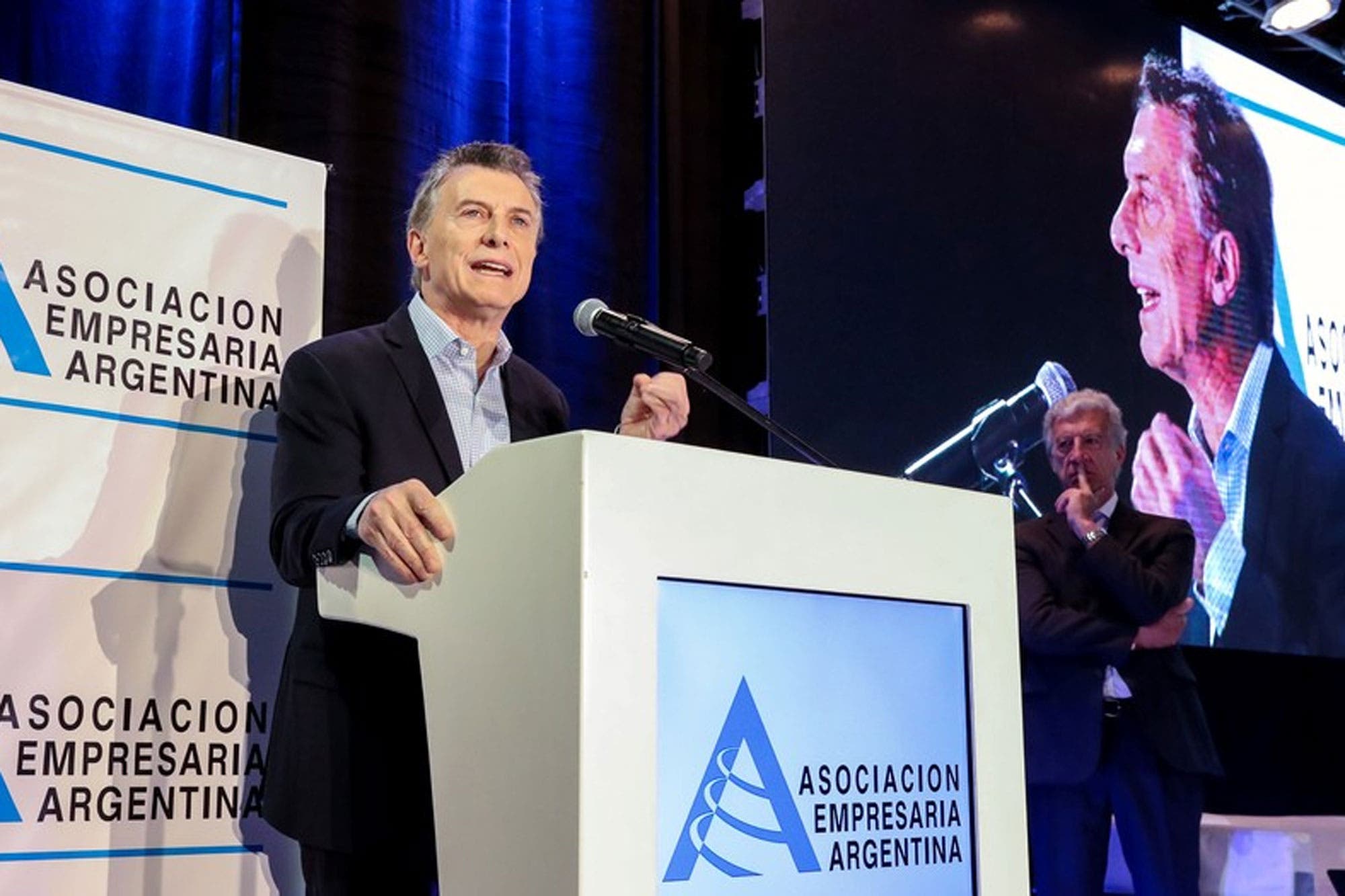 In the middle of the judicial investigation of


the writings of corruption,
President Mauricio Macri will come face to face with a number of businessmen involved in the scandal, such as Paolo Rocca, chairman of the Techint group.

The meeting will take place in Vaca Muerta, a business model that Macri wants to replicate in all areas. Is that after the agreement signed by the Nation, the province of Neuquén and the oil giants last year, the unconventional deposits have already begun to produce hydrocarbons in a sufficient amount to start exporting.

In the middle of the economic crisis that the country is experiencing and after yesterday's presentation by the government of the establishment of a trust for the financing of the works tendered under the public-private participation scheme (PPP), whose main objective is to to prevent paralysis of public work for the scandal of bribes of bribes, the president wants to give a clear signal of support to businesses. But the message is mainly intended for foreign investors. The recovery of market confidence is part of the objectives.

Despite the importance of the meeting, Casa Rosada tried to describe it with the work developed by Techint and other companies in Neuquén.

In addition to Macri and Rocca, ministers Javier Iguacel (Energy) and Dante Sica (Production) will participate in the meeting and also the members of the competitiveness table that the rest of the oil companies that invest in Vaca Muerta will be present.

"Vaca Muerta is the model," said an official with access to the presidential office.

So, amidst a tsunami of businessmen and former employees in the case of notebooks, for the second time in 11 days, the president will appear with a large proportion of those responsible for the local business world.

The previous occasion was in the Argentine Business Association (AEA), where Macri told them that if someone found themselves with "an unjust request", they had a president "to go and a government team to report".

That day the head of the state referred to the business world for the first time to the scandal released by the scriptures of the bribes. Instead of talking about the need to generate a new bid for public works or to discuss the role of large companies, he winked at entrepreneurs about the continuity of the works.

"To put an end to Mafia's behavior, you need to help and control government spending that you also have to reject in order to generate quality private employment, you are the driver of wealth," Macri said.

Minutes earlier, Rocca admitted publicly that the company had agreed to "the demands of the government" of Néstor and Cristina Kirchner, although he defended the action of the country's main company by saying that "Techint did not participate in the corruption club of public to work."

The president will participate in the opening of the new gas processing plant of Tecpetrol, the energy arm of the Techint Group, located in the area of ​​Fortín de Piedra in Vaca Muerta.

Following the announcement in March of last year of an investment of US $ 2.3 billion for two years for the production and production of unconventional gas in that area, Tecpetrol achieved a total production of 11 million cubic meters of gas per day in 15 months.

As the country published last Sunday, although data from the Department of Energy show a sharp increase in shale production (162% in gas and 54% in oil) compared to low levels in the first half of 2017, a test of the Vaca Muerta's potential is that the current volumes come from five development areas out of a total of 30, since the others are still in the pilot phase and geologically "learn" to determine the most productive horizontal fractions.

Macri believes that the development of the desert geological formation, together with agricultural production, will be the engine that will take the country out of the crisis.