Minister of Education resigned, filmed after smoking a joint 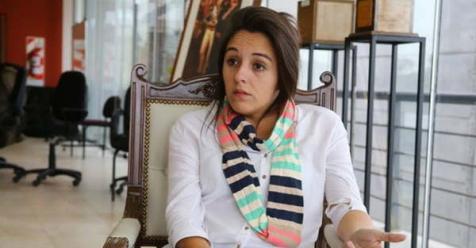 SHORT CIRCUIT. The Spinuzza case caused a clash between Governor Alberto Rodríguez Saá and his brother, Senator Adolfo Rodríguez Saá, who demanded the immediate resignation of the ex-minister.

San Luis' Minister for Education, Natalia Spinuzza, filed for her dismissal after she had privatized an intimate video after she had smoked a marijuana joint with her partner. This case caused a scandal in the province of San Luis and also a new confrontation between the brothers Alberto (the governor) and Adolfo Rodríguez Saá (senator), who demanded the resignation of the now-former minister.

"We always have the arrivals available for the ministers, my resignation is presented, I have not yet spoken with the governor, but when he does, he will evaluate the situation and I will always be available and accept the decision taken", the official. .

The educational portfolio official argued that the video had been recorded in a context of absolute privacy and that it had been withdrawn from one of its electronic devices without their permission.

The woman added: "At that moment I did not have a good time, I felt like I was not doing what I liked and I never published the video."

The Minister of Education, San Antonio, warned that this is not the first time in her career that she has breached her privacy. He claimed to have been the victim of extortion attempts in recent months.

"About two months ago they started to extort me with some photos of my private life, the violation of my privacy has been around for a while, I hacked the phone, the computer and stolen images that were on my computer and have not shared with everyone, "he said.