More than 4,000 Argentinians will leave the Catholic Church news 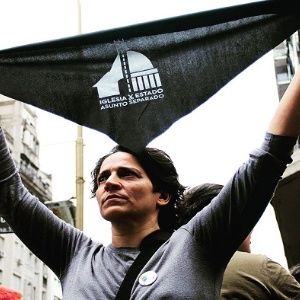 Thousands of Argentines They asked for the Catholic Church after the refusal of the religious entity to grant rights, such as an equal marriage, the female voice, divorce, abortion and other liberties that the Lay-state.

The Argentine coalition for a layman state (Cael) confirmed that this Friday, August 24, will deliver to the Episcopal conference a list signed by more than 4,000 Argentines who want to start the process apostasy (official process for a baptized person to cease Catholicism).

"The church has opposed all initiatives for the recognition and extension of rights, such as women's voices, divorce, civil and equal marriage, gender identityassisted fertilization and legalization of abortion", Cael claimed by a statement.

The representatives of the secular movement explained that the collective initiative is to become a political measure to make the state independent of the church with the aim of making progress in progressive rights and ideas, such as decriminalized abortion (project recently rejected by Congress).

"It occurred to us to generate waivers collectives since, although the apostasy it is an individual fact, the fact that they were collective makes them a political fact, "said Cael & # 39; s activist, Analía More.

"The secular state is the only one that guarantees that citizens can develop the life plan that they consider most suitable for themselves," added the Argentinean organization.

According to figures from the Secretariat of Gender and Laicism of the Argentine Federation of Lesbians, Gays, Bisexuals and Transures after the disapproval of the abortion helped in the country, almost 1300 citizens asked to abort.

Also last Saturday hundreds of Argentines were concentrated in Buenos Aires, capital, and in other cities of the country to "log off", to disconnect from the Catholic Church in the context of the event Apostasía Colectiva 18.