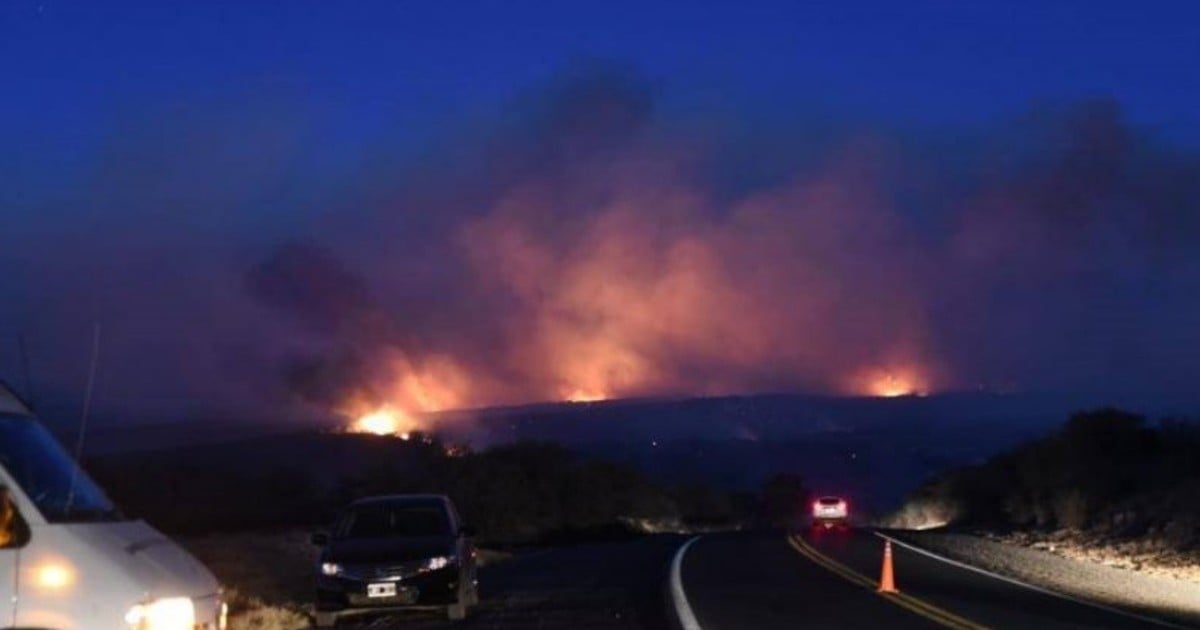 The first pillars appeared on Friday, at 2 pm, when the fire started in an open air escape. It was at the height of Capilla del Monte, where fast it extended through a grassland and unleashed the tragedy.

Because of the serious fire they had to make evacuate more than 55 people who live in the neighborhood. about 100 firefighters and four fire hydrants still work to try to extinguish it. In addition, they had to cut off National Route 38 and long lines of motorists were formed that had been stranded.

Motorists were stranded on Route 38 because of the fire. Leopoldo Rivarola, Twitter.

"It started on Friday at 13.50 from the rubbish dump of Capilla del Monte, next to route 38," Diego Concha, Director of Civil Protection of Cordoba, told La Voz newspaper. "Because of the strong south wind, one side of the fire crossed the road to the east, picking up grasslands and very heavy forest and expanding," he explained.

The agent also detailed that they had to call three fire hydrants from a local flying club, besides that of the government of Córdoba. The firefighters set up an emergency operation center next to the route.

"The focus is already broad: he started at the edge of Route 38, first burnt grasslands to the west and then turned to the east and led over the Sierras, where he already took native forests, in many kilometers, to the area of ​​Los Terrones and route 17, "explained Concha.

It is estimated that the fire reached about 7 kilometers in length.

In addition, at another place in the province, Paraje Jerónimo Cortés, another fire source in some forced to work firefighters 800 hectares next to Route 17.