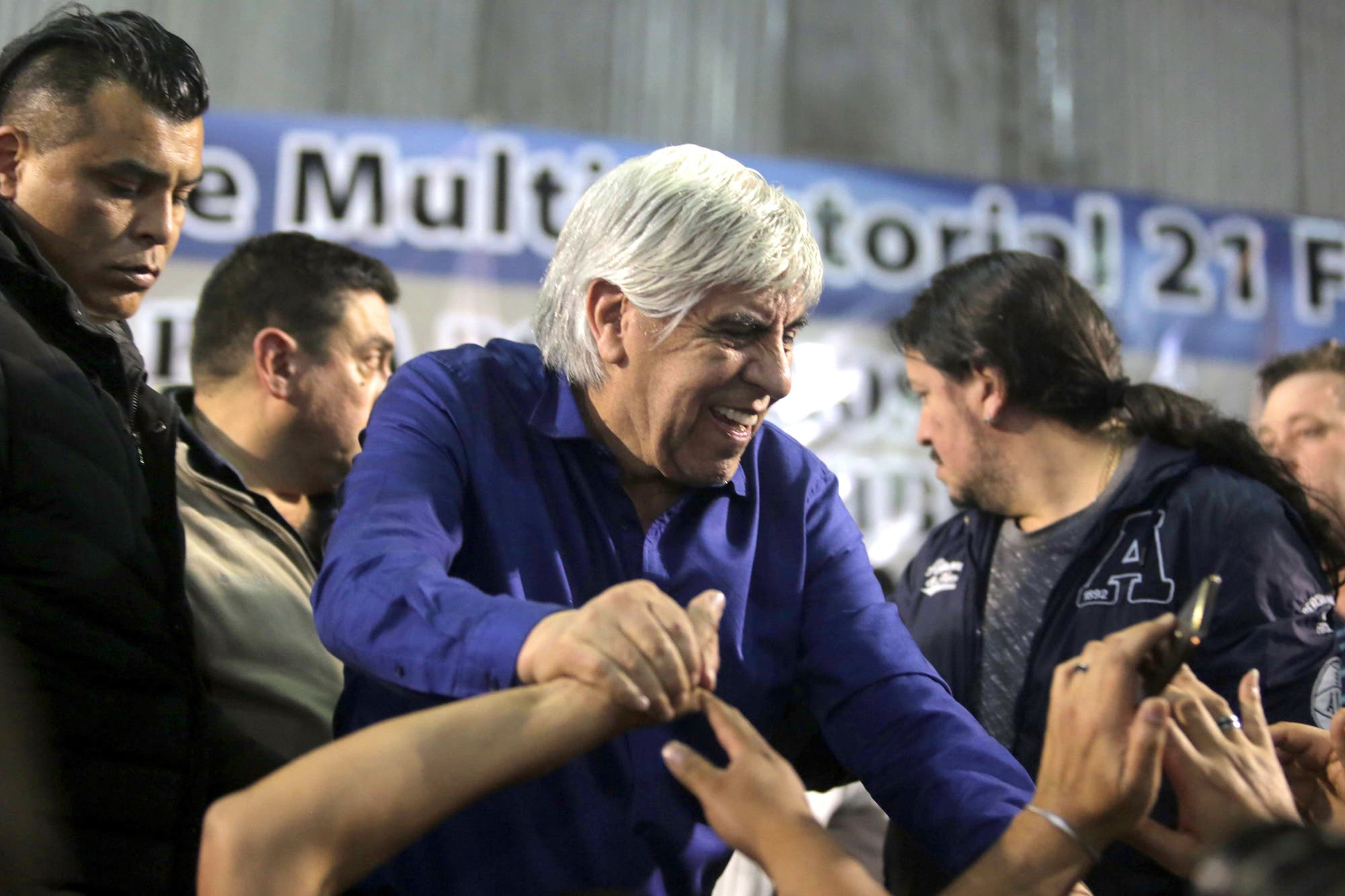 The demonstration of unity and The power that militant syndicalism and social movements made yesterday was an advance of the heat with which they try to dominate the streets in the coming months. Headers through


Hugo Moyano
the members of the Multisectorial 21 F, which was launched yesterday, announced that they are fighting the government's policy of

In a heated speech with powerful questions to the president, the trucker leader spoke about the "disaster" that the macrismo is doing in the country and he calls to mobilize. "We can not lose the streets," he said for a micia stadium in Atlanta full of militants who responded by reciting a right-wing song against Macri.

"All who fight for the workers must be together to fight


International Monetary Fund (IMF)
and the men who carry out their orders as the president of the nation, "said the trade unionist.

Moyano was responsible for closing the event, in which the leadership called to demonstrate before the National Congress on the day that it was voting the 2019 budget, where the cuts planned by the government will be reflected, and for the G-20 summit, which will be in Buenos Aires at the end of the year.

"You can change the policy of a government that does not rules, but receives orders. (…) The world laughs with laughter at this government, which is a "Che pibe" ", the truck driver added, comparing the measures of this administration with those taken in the 1990s.

" The the effort we make to unite all sectors that fight for what they have least. It is unfortunate what happens. They want to cover up hunger, misery and unemployment with things they constantly come up with and occupy the hours in the media, but we already know that history. "

Moyano was accompanied by leaders as the secretary-general of the CTA on the scene. Deputy of Unidad Ciudadana, Hugo Yasky, the head of the Autonomous CTA, Pablo Micheli, the metro star Néstor Segovia, and the senator Fernando "Pino" Solanas.

Pablo Moyano was not present at the ceremony, after he rushed into the hospital was admitted by his father, however, assured him that he was healthy and that he "saved energy" to fight.

Gustavo Vera, political leader close to Pope Francisco, presented Moyano in one of his speeches, in which Jorge Bergoglio was called to convene the unit. "When we go from the periphery to the center, we are invincible," he said.

topics in this article