Moyano renews its allies and prints the CGT 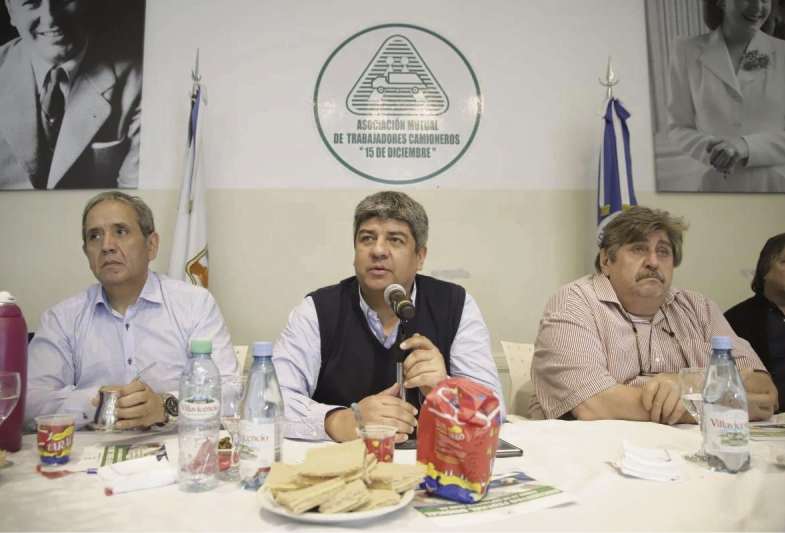 The truck driver built a guild front that is against the CGT trident, although he will keep the strike

Hugo Moyano
and his son Pablo will exhibit tomorrow the trade union front for the national model (Fresimona) in Ferro, with which they want to put pressure on the triumvirate of the command over the


CGT
to force a call to renew the central labor authorities.

Yesterday, as a launch,


Pablo Moyano
He gave details together with two of his most important allies: the bank Sergio Palazzo and the mechanic Ricardo Pignanelli. Moreover, the space promotes all aviation guilds and the handful of organizations that are part of the federal stream.

Despite the fact that they did not agree with the management of the triumvirate of the CGT, Moyano and his allies confirmed their entry into the general strike next Tuesday. Although they differ the day before with a mobilization to the Plaza de Mayo, as a sign of support for the two sides of the CTA, which started a 48-hour strike for Monday and Tuesday.

"We want to renounce the CGT and distinguish ourselves, we will participate in the strike, but we will also guide the two CTAs, and after 25, because we do not believe that the government will change its economic plan, we will insist on a new strike, "said a leader with leadership role in building the trade union front of the opposition.

Pablo Moyano used the trade union gallery yesterday to criticize the government and to defend Cristina Kirchner for the prosecution in the case of the bribery booklets. "They attack Cristina to hide the adjustment," said number two of the truckers.

And additional criticism of the Budget Act 2019 promoted by the statement: "We will march on the day the budget is discussed, Peronist legislators should reject this adjustment that will cause waves of redundancies and harm millions of Argentines."