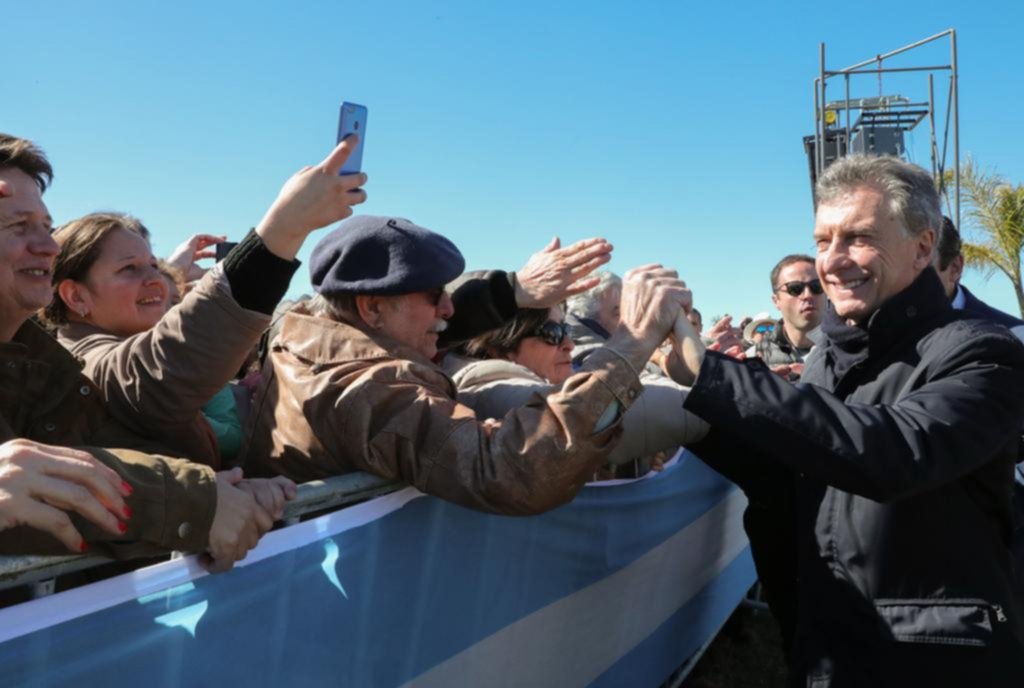 The president visited the city of Dolores in Buenos Aires yesterday, who lived / presided for 201 years

"Never again, we said at that moment (of assumption), continue to allow a society to be based on poorly understood criollo-liveliness, the shortcut, the lie or corruption, never again in the history of the Argentineans. more! "President Maurcio Macri convicted yesterday during an event in Dolores.

For Macri, what the Argentinians decided nearly three years ago, they were "better than life" that they led. "And we deserve a more equitable and transparent society, where the one who tries, the one who undertakes and does, is the one who is rewarded by seeing his own growth, that of his family and his neighbors," Macri added Tuesday. , who participated in the celebration of the 201th anniversary of the city of Buenos Aires.

Accompanied by the Minister of Tourism, Gustavo Santos and the mayor of Dolores, Camilo Etchevarren, Macri once again acknowledged that the country "is going through an economic storm" – marked by the strong devaluation of the peso against the dollar – but he appreciated that successful are "without changing the course".

Law of the repentant

Meanwhile, Justice Minister Germán Garavano said that the so-called "law of repentance", which was approved in October 2016 for corruption cases, is a "very valuable" tool for the "dizzying" progress of the case by alleged bribes of businessmen to officials of the Kirchner administration (2003-2015).

"The tool is very valuable, it was previously used in drug and money laundering cases.This relatively new regulation is quite strict and restrictive and apart from adjustments that can be made, it is applied," he told Radio Miter.

However, Garavano stressed that they have already received about 100 calls on the telephone number provided by the government to obtain accurate data that lead to the recovery of money, currency or property in the context of the cause, in exchange for an economic reward.