Operators and guarantee of impunity: the story behind the arrest of former judge César Melazo – 08/24/2018 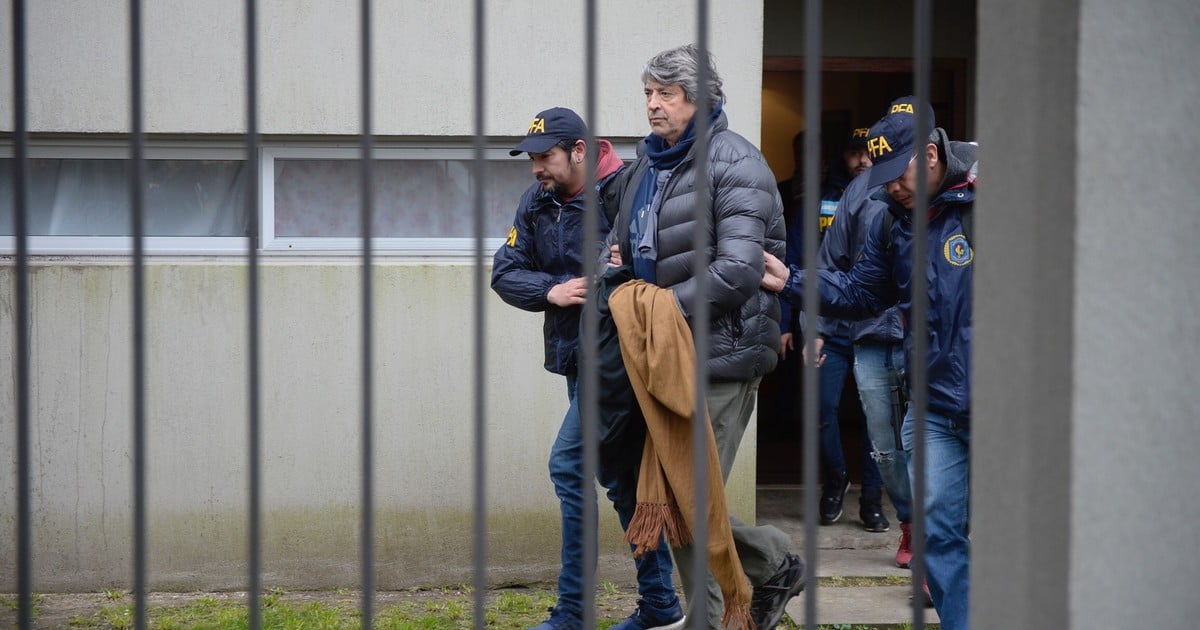 The judicial support of the police and thieves who were dismantled in La Plata a month ago, appeared from the investigation and would reach the highest sports of that power of the state: the former criminal judge César Melazo was detained for alleged conspiracy and aggravated coercion, accused of being part of that organization that led robberies and protected criminals and negotiated with prisoners to give them benefits.

The former magistrate is not the only target. A member of the Correctional Court of the province – the most important in criminal cases after the Supreme Court – was approached in this case. It is about Chamberlain Martín Ordoqui, suspected of "influencing" in his task in justice.

An image of the luxurious property in which former judge César Melazo was arrested. (Mauricio Nievas)

The trial had two other detainees on Friday: Rubén Orlado Herrera, a former student bar, and Enrique Petrullo, a man who said he had connections to obtain procedural benefits.

They join police officers, former bars, ex-agents of the Force, thieves, convicted by murders and even a twin brother of football player Daniel Bertoni. In total there are 14 prisoners.

The case promises a political scandal. I would come in next week an order of immunity to investigate Judge Ordoqui in the Senate, who was informed of his allocation this Friday, a crime with punishments up to 12 years in prison.

The file has 15 bodies with telephone taps; dozens of screenshots of WhatsApp conversations; contents of computers and pendrives hijacked in dozens of raids.

The prosecutor of La Plata, Betina Lacki, who is in charge of the investigation, has managed to configure the operating schedule of the criminal organization: criminals recruited near the football fields and empty houses deprived of marginal sectors; accomplices of the police insured "liberated zones" and, If something did not work, there was coverage and benefits in the courts of La Plata.

But it is also suspected that Herrera and Petrullo approached customers for whom they "have sought impunity" or obtained "procedural benefits" thanks to contacts with Melazo and other men of justice. In the case, the former public prosecutor Tomás Morán is also mentioned, who retired from the judiciary a few years ago because of an illness.

The former magistrate, during the robbery.

"We processed 10% of the material seized and managed to support the allocation and the warrant," they said Horn in the persecution.

Spokespersons of the case indicated that there is communication in which is spoken "The uncle" as an important man of the legal structure to get shortcuts. The researchers claim that "The Uncle" is Martín Ordoqui and they ensure that in some prison conversations with their lawyers it is admitted the payment of up to two million pesos to get a house arrest.

The maid had been a target when she the release of the supervisory directors held in La Plata in the case of the head of the department head. A few days earlier, when he was at the fair, in January 2017, he released Mariano Bruera, the brother of the city's former mayor, who had been arrested for bribery.

The police found weapons and ammunition in the house of Melazo.

Under the evidence collected by the researchers there is a report of photos taken informal meetings where you see Ordoqui and "Quique" Petrullo, the man who sold influences.

Some of those suspicions took place in a surgery in the middle of the night on Friday. A federal police brigade arrived at the two-hectare farm in Gorina where Melazo lives and began the procedure approved by the Guarantees Court, Florencia Gutiérrez.

Surprised and without resistance, the former magistrate surrendered. There was an arsenal in the house: four long weapons; ten pistols and revolvers and ammunition. According to the survey, in the quincho of the property of 145 and 480 it is now attributed I have met with police officers who have also been detained for this reason.

The hypothesis of Lacki is that the leaders of the organization would be commissioner inspector Gustavo Bursztyn, until a few days ago a member of the patrol command of La Plata; and lieutenant 1 Gustavo Mena, a former street head of the 2nd de La Plata police station, which was made available in 2015.

These two officers conducted, according to the investigation, a network of criminals who & # 39; Highlighted & # 39; empty houses where there was money to commit what is known in the jargon as "scrubs". The agents recruited attackers who have committed "almost always as a few" crimes and "liberated the area".

Bursztyn's lawyer, Marcelo Peña, will insist on a request for extension of the investigation. He claims that the inspector-commissioner can clarify the accusations.

Melazo, who resigned last year after being suspended by the Jury of Prosecution and accusing him of poor performance in other cases, admitted a month ago Horn that he knew that the police officers had been arrested.

He even confirmed that he participated with them in a dinner for the Friend's Day. "I went to that house and ate and went away, I am not a friend of those police officers, I never had any criminal proceedings against me. I always fought against the criminals and those who sold drugs in 30 years of work in justice ".

This Friday night he remained in a dependence on the federal. An unimaginable situation for those who spoke with the underworld and power, in his long career as bailiff. And that came to the fore in other institutional facets with the intention of be a football leader (was part of a list of gymnastics) and up to they have sensitized him to a position in the Executive, before the 2015 elections.