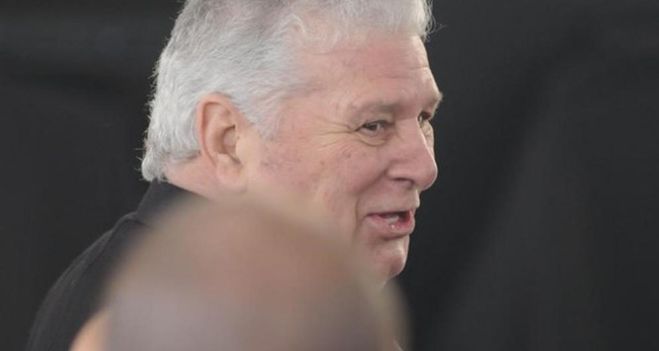 Two other businessmen appearing on the exchofer's notebook, Oscar Centeno, yesterday swelled up the list of detainees for the bribes in public works investigated by Judge Claudio Bonadio: one had an arrest warrant and the other He offered.

This is Néstor Otero, concessionaire of the Retiro bus station, and Sergio Taselli, already under investigation for his management for the Río Turbio mine and the Metropolitan Trains. Otero had an arrest warrant last week and decided to surrender yesterday, after Bonadio had rejected the request for his release from prison. In the meantime Taselli decided to appear spontaneously and was arrested at the request of the judge. At the moment they did not participate in the "repentant" club.

Otero surrendered to the headquarters of the Rangers. The businessman who manages the Retiro terminal was summoned on 9 August to testify during the first round of the request of prosecutor Carlos Stornelli, but he filed a letter, refused to answer questions and refused to pay bribes.

The businessman is mentioned several times in the Rye notebooks. According to the story, Otero would give the former Deputy Minister of the Federal Planning Roberto Baratta with money on wine and champagne.

The person in charge of the Retirement Terminal concession already has other files in the federal legal system. Otero received a verdict because he was responsible for the payment of gifts to the former Transport Minister Ricardo Jaime, to whom he paid the rent of the apartment in which ex-officer K. lived.

In this new file with bribes K Otero was linked to the notebooks of Centeno: on 3 June 2015, always according to the notes of the repentant driver, he would have delivered Nelson Lazarte, former secretary of Roberto Baratta, $ 250,000. According to the accusation, the payment would have been in cash at the offices of Retiro.

For his part, Taselli volunteered to Stornelli and Bonadio despite the fact that they had not applied for his request even though it was mentioned in the photographic section as "Gabriel Taselli" in the Chronicle of Oscar Centeno in July 2013. So far, those who the case under control had only a few rounds ordered with respect to the investigated businessman, who is about to stand trial, accused of "fraudulent administration and procedural fraud at the expense of the national state on the occasion of emptying the Rio Carboniferous Turbio ", a company which arose after the privatization of Menem and ended tragically with 14 miners killed in 2004.

In addition, Taselli is being prosecuted for "unfaithful administration aggravated to the detriment of the state" for the concession of the lines Roca, San Martín and Belgrano Sur, which were managed by the firm Metropolitan Trains, a concession that the state had canceled due to repeated irregularities.