argentina November 14, 2018 ARGENTINA, Nation Comments Off on Perez Corradi sentenced to seven years in prison for trade in ephedrine 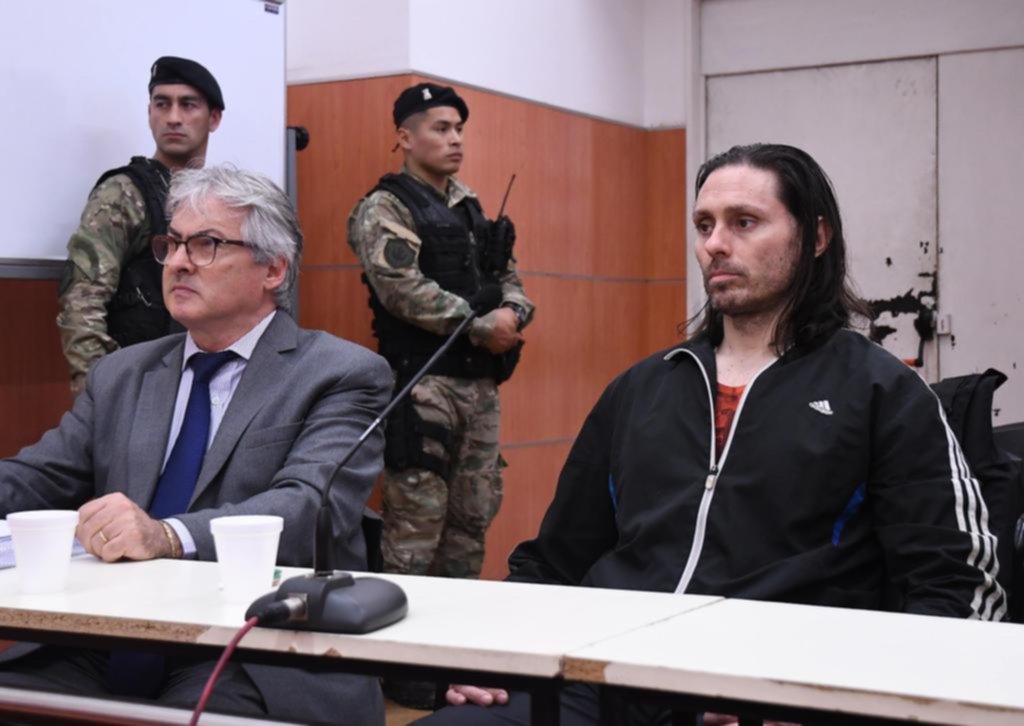 He was a fugitive until June 2016. He remains connected to the cause of the triple crime of General Rodríguez and another for money laundering

Pérez Corradi together with his lawyer, the former police of Buenos Aires Juan José Ribelli / Télam

The pharmaceutical entrepreneur Ibar Esteban Pérez Corradi was yesterday sentenced to seven years in prison for trafficking, between 2004 and 2008, about 1,900 kilos of ephedrine to be used as a chemical precursor in the manufacture of synthetic drugs by international drug traffickers.

In this way Pérez Corradi (41) will remain a prisoner, although he achieved a reduction of more than half of the sentence because he had participated in the investigation.

The federal court attributed to Perez Corradi the real game with "commercialization of raw materials for the production of narcotics" which includes sanctions from 4 to 15 years in prison, and proposes a sentence of 7 to "effectiveness in cooperation" which he borrowed in the research.

At the end of the hearing, Ribelli said he would wait for the court to distribute the grounds of the verdict on November 22 at 18 to prepare the appeal against the verdict, since the allegations had applied for acquittal.

In turn, Prosecutor General Marcelo Colombo had demanded a 10-year prison sentence for the importation and diversion of ephedrine, in real competition with the crime of commercialization and aggravated.

Before the verdict was pronounced, Pérez Corradi delivered his "last words" and repeated what he had already said during the trial: that he put ephedrine on the market "in black" but did not do so for the production of narcotics.

"He went on to say that you have to go back to before 2008, when ephedrine was not a forbidden substance but a legal one," Ribelli said, adding: "He explained that his Argentinian and Mexican buyers of ephedrine had no problems with illegal substances. . "

Pérez Corradi is the only culprit in this process that started on 13 September, although there are five other defendants in the case. Among the accused are the brothers Máximo Zacarías (60), former PAMI ceremonial official; and Miguel Angel Zacarías (58), former private secretary to the head of Sedronar, Ramón Granero (58) – he is also tried -; and two other former officials of the same secretariat, Gabriel Yusef Abboud (59) and Julio De Orue (48).

In the meantime, two more trials had begun last month against Pérez Corradi: one in the Oral Economic Criminal Court (TOPE) 2, for attempts to get ephedrine to travel to China; and the second, responsible for the TOF 5 and for money laundering in the so-called cause of the "Drug mafia".

The pharmaceutical businessman is also connected with the cause of the triple crime of General Rodríguez, in which Sebastián Forza (34), Damián Ferrón (37) and Leopoldo Bina (35) were murdered in 2008, because although in December 2016 the judge dictated Maria Servini the lack of merit, in May 2017 the Federal Chamber of Criminal Cassation (CFCP) withdrew that decision to consider that it was still to produce evidence.