Process for the death of the back beer: the prosecutor asked for a bocha and a hockey stick to be added to the cause – 23-08-2018 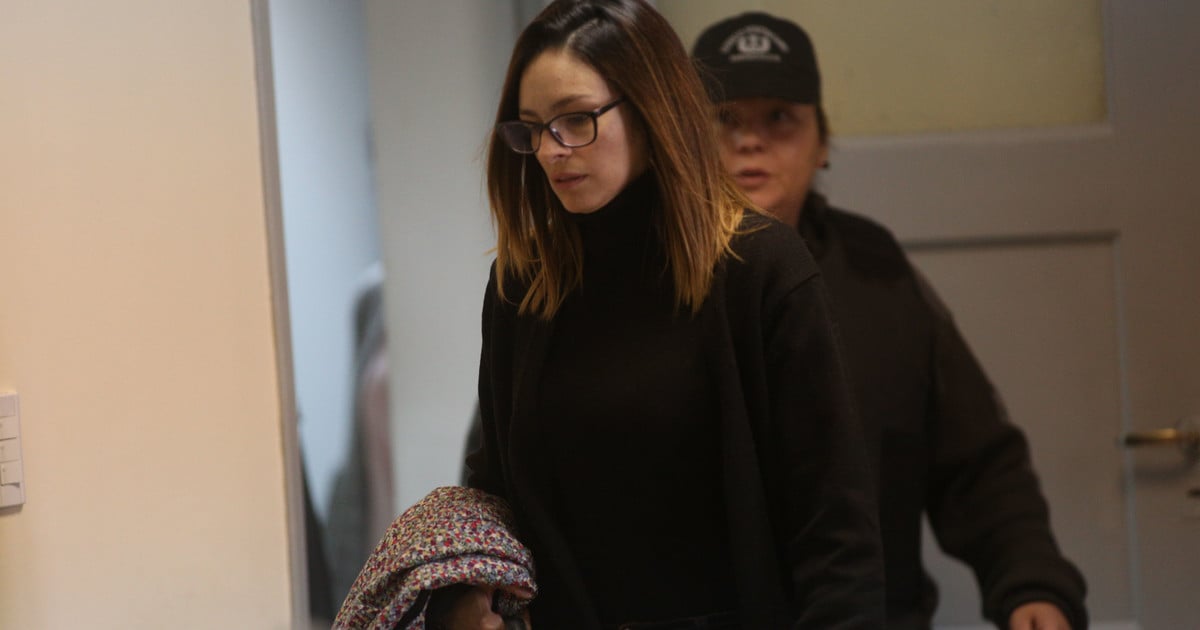 This Thursday the testimonies in the trial against Julieta Silva for the death of Genaro Fortunato in the city of San Rafael were decided. Next week the accusations will be carried out and the sentence will be pronounced.

During the sixth session of the trial, the lawyers of both parties agreed to suspend the appearance of Pablo Tabanera, ex-husband of Julieta, and Agostina Quiroga, former friend of Genaro. that she was pregnant when her death took place.

The round witnesses on Thursday were then reduced to four people. Again, the differences arose between the public prosecutor Fernando Guzzo and the defender of Silva, Alejandro Cazabán. Guzzo asked to take if trying elements a ball and a hockey stick, which was challenged by Julieta's lawyer.

Trial against Julieta Silva in the courts of San Rafael (Delfo Rodríguez).

The head of Moordza's prosecutors, from the beginning of the trial, insists on refuting Silva's defense strategy, related to the visual problems that Julieta suffers since recently, they were the ones who favored the fact that ended with the death of Genaro. Guzzo wants to show that if Silva could play hockey without glasses and at night, as he said, I should have seen a body of 1.90 meters throw on the asphalt when it was over. This, for the public prosecutor, outside the degree of visual difficulty of the young woman, who has a degree of three astigmatism and drove with glasses covered by cold and rain.

On Wednesday, two witnesses who left the bowling alley at the time of death said that they clearly saw Genaro's body on the floor after Juliet left and left him on the street. Héctor Ontiveros (accountant) and Matías García (dentist) were on the parking lot of La Mona bowling with their cars on the move when they saw the moment when the Fiat Idea of ​​Silva Genaro passed and killed him.

Trial against Julieta Silva in the courts of San Rafael (Delfo Rodríguez).

They declared in court that despite the rain and the small lighting – because it was not yet arrived – They knew the body of a person in the street to see before the collision, at a distance of 60 meters. And Ontiveros added another fact: he said that the cloth, the main witness Silva commits, beckons the young woman to stop before she runs past her boyfriend.

However, the San Rafael court on Thursday did not agree with the prosecutor's test regarding the practice of hockey. "The integration of the stick and the ball are not transcendent because everyone knows their shape and size", the jury reasoned.

The first to declare this Thursday was Carolina Quiroga, psychologist of San Rafael who was at the bowling alley and warned Tense situation between Genaro and Julia, for alleged jealousy. & # 39; I did not make it any more important until I found out what had happened, & # 39; said the girl. The professional was connected with the case by a message she posted on Facebook in which she referred to what she had observed in the bowling alley, minutes before the death of Fortunato.

Then Agustina Bergaglio, friend of Martín Maure (one of the twins with whom the back beer claimed), explained when the event took place. He said that they left the bowling alley minutes after Silva and Fortunato, but that at that moment he did not know about the tragic outcome. "When I heard about death, I told Martin and he He told me that Genaro wanted to hit him"He said.

Julieta Silva in the courts of San Rafael (Delfo Rodríguez).

María de los Ángeles Gutiérrez, cashier of the bowling alley "La Mona", also stated that she remembered that evening in the hall "there were several back beers, known at the bar". He also described how the weather factor made the visibility of the dawn difficult. "I left at 5 am, there was fog, visibility was not good, I even had an incident with another vehicle"He said.

The fourth and last witness was Candela Limeses, a classmate from Genaro. He went out with the group to dance and said that Fortunato and Silva were on their way to the grounds of the vehicle and went on in the Fiat Idea of ​​the suspect. He also spoke about the jealousy of back beer and the discussion he had with the twins Martin Maure, whom he did not know at the time. "When someone passed Julieta, Genaro asked that she did not look at her."said Limeses.