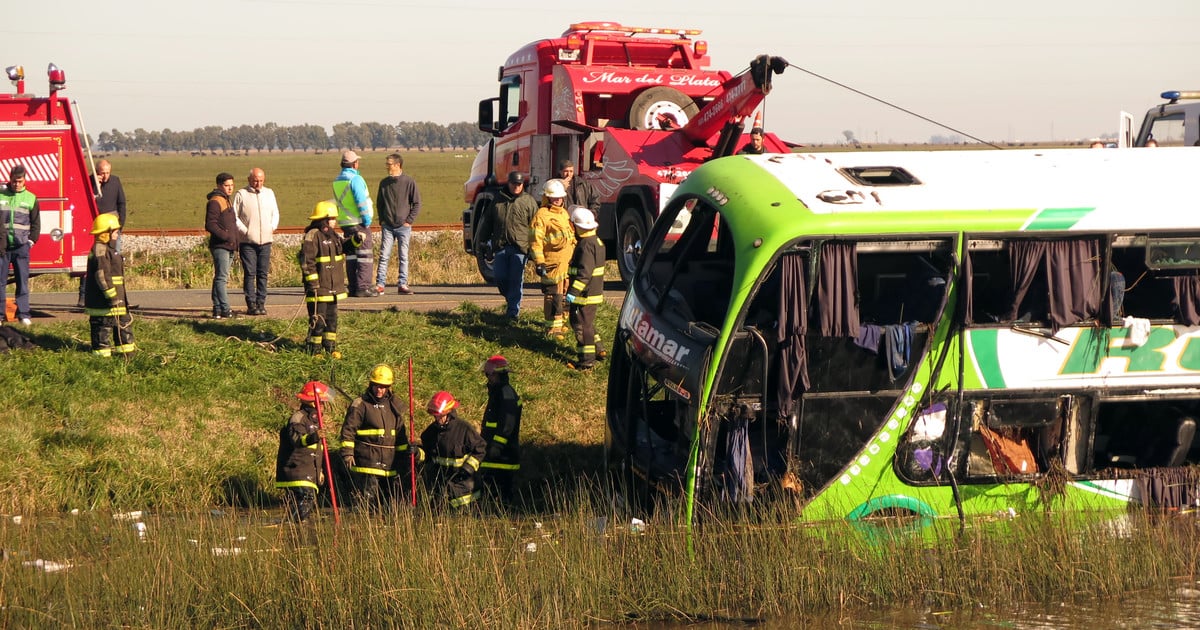 The atmosphere of calm and serene movement describes the postcard of Santa Clara del Mar at this time of the year. Located 390 kilometers from Buenos Aires and 18 from Mar del Plata, the seaside resort within the Mar Chiquita party will be more alive with the arrival of tourists in the summer season.

It is a young city, with a permanent view of the sea, the usual rest of which was not so on this cold Wednesday of August. Its nearly 10 thousand inhabitants, in one way or another, were shocked by the news of the death of Santiago Ayerzi, the 16-year-old boy who traveled in the accident zone on Route 2.

It was a cimbronazo, a bomb that struck violently to all places where the adolescent lived with his family.

In the shop, on the couch or in the corner bar, shocks and pain were constant. And especially that was the case High school No. 1 Santa Clara del Mar, where Santiago attended the fifth year of the afternoon service. "Here was terrible today, the boys are very moved, Santiago was charming, he wanted himself very quickly through all the compañeros", says Elsa, the institution's tutor, for Clarín.

According to him, Santiago had arrived in Buenos Aires in the first four months of the year and had easily joined the group. This afternoon his companions paid him a tribute at the end of the day. They read a text in their memory and hung a poster with their name on the terracein the midst of tears and collective hugs.

Also the inspectors of the municipality and the authorities, besides working on the control – especially Sandra, the teacher of the course – reminded the young man and declared a holiday by duel for the day of this Thursday. "We talked to the children a lot, it was a very difficult day for everyone," Elsa commented. The school has divided 700 students into three teams.

Placing La Escandalosa, the band of the father of Santiago Ayerzi.

In social networks, examples of affection for his family were replicated among neighbors and acquaintances. Santiago's father, Claudio Fazio, is a drummer in a very popular band in the city, La Escandalosa, who posted on his Facebook wall: "Very sad with your trusted friend! Our deepest sympathy with the anger of our drummer Claudio Fazio, who lost his son Santi again in the hands of the imprudence of others! We have already come a long way with Martín Ovejero, today it is our nearest one! We will miss you so much Santi, we can not believe it !!! In what they need, we will be family Fazio !!! ".

The text was accompanied by remarks of affection and condolences from friends and relatives for their parents, Claudio and Miriam, as well as for the whole family.

The accident took place on Wednesday at 07.20 in the morning at kilometer 375, in the Mar Chiquita competition. The Rutamar bus had left General Pacheco and was on its way to Miramar. Because of the impact, also died Víctor Obregó (37) and Cristino Moudelle (53), the last of the Paraguayan nationality. The driver Adrián Raventtini (44) was arrested and will testify on Thursday.