Separation of church and state: the consultation is multiplied by the process of apostasy – 08/17/2018 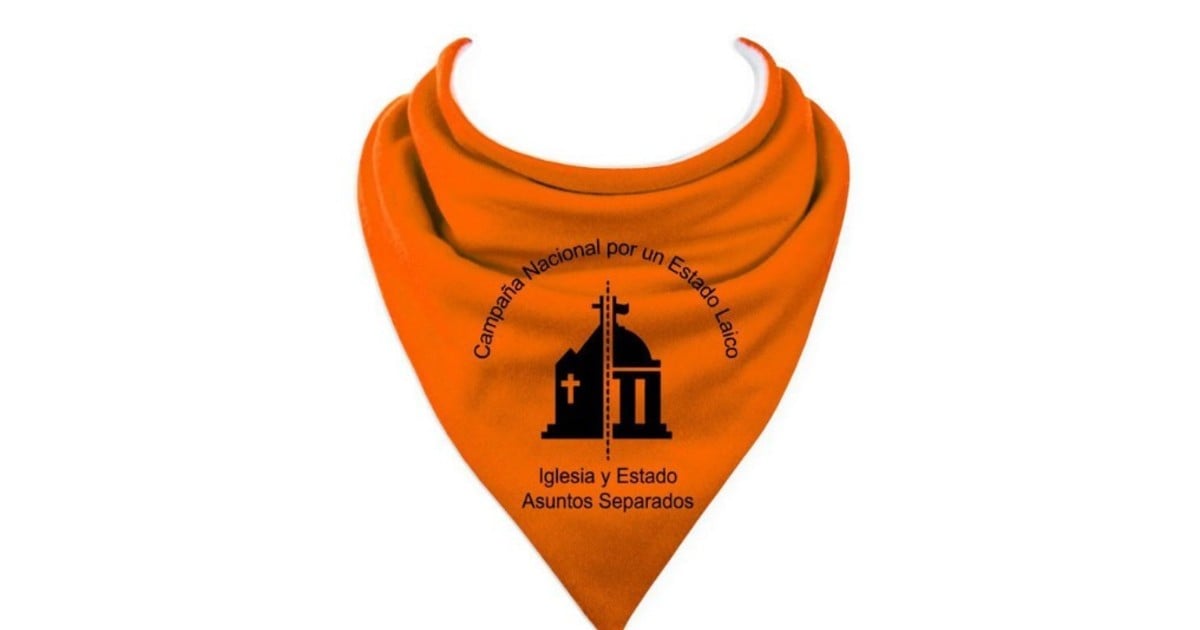 For years there are several organizations that want to make Argentina a secular state. Months ago, the problem was restored by something that happened in Congress: Congressman Carla Carrizo asked the head of the Cabinet how much money the state spent on the bishops' salaries. "One hundred and thirty million pesos", Marcos Peña reacted. In the days that followed, various accounts were presented to withdraw the funds intended for the church. But what ultimately made the problem visible on a large scale was the debate about the legalization of abortion. The clear pressure from the church and the evangelical groups so that the law was not approved, ensured that the claim became massive. The day of the debate was on show in the Senate. In the streets, on the "green" side, people called, sang, painted posters and bought orange and black handkerchiefs with the slogan "Church and State, separate issues".

On the same day, August 8, there were collective apostles throughout the country. Apostate means to distance institutionally from the Roman Catholic Apostolic Church. There were 2,500 people who were apostate (1,200 from the city of Buenos Aires). In Facebook, the pages that propagate the church / state separation multiply. Under the followers "orange" and "black" you add about one hundred thousand. The site Apostasía Colectiva another 30 thousand. This Saturday will be a new day of collective apostasy. In the city of Buenos Aires the appointment is at 2 pm in Corrientes and Callao. On the sites you can see the meeting places of the whole country. The letters are delivered on the 24th to the Argentine episcopal conference.

"We believe that this second day will be much larger, and only this week we received one million visits to the site", explains Clarín Fernando Lozada, of the Argentine coalition for a layman (CAEL)) – Apostote collective is a political act, it is a very powerful message, is to tell the church that we do not want to come into our decisions in our bodies, because that is repressive, and it is also to tell for the state that the church does not speak in our name, who issue laws outside the beliefs and pressures of the church. & # 39;

Lolu Ocon Morgulis, the Argentinian woman who inspired the handkerchiefs for the right to abortion in different Latin American countries.

] Lozada explains that 61 percent of the consultations are women, the majority between 25 and 34 years old: "It is a generation born in a democracy that grew up with laws like equal marriage, gender identity. Church is the opposite of the expansion of rights, was now seen in the debate about the legalization of abortion CAEL wants politics to be placed before religious, that the state guarantees freedom of conscience, non-discrimination and that rights are extended It is integrated by: Atheists and Atheas of Mar del Plata, the Argentine lesbian, gay, bisexual and transfederation (FALGBT), collective apostasy "Not in My Name", the feminist campaign for a layman, Catholics for the right to decide, Autoconvocadxs, Entre Ríos Laica and La Colectiva, and is a member of the International Freethinking Association.

The Lay Institute of Contemporary Studies (ILEC) is also participating in this campaign. ILEC Argentina has been working on the issue of secularism and klerikalism since 2010. They were part of the protection against religious education in the public schools of Salta, which had a favorable judgment of the Supreme Court of the Nation and works together with the committee for the lay-out program of Tucumán which this year for the same reason a order issued in that province.

"Thanks to the struggle of Argentinian women who placed the discussion about legal abortion in Argentina on the political and parliamentary agenda and because of the pressure of clericalism to maintain the status quo, new generations came forward to address the problem. to be dealt with, "explains ILEC lawyer Manuel Ochandio. Speaks about the deputy Alejandro Echegaray, "who has submitted a bill to withdraw the decrees of the last military dictatorship with which they are granted as a sign of bishops and other clergy." Ochandio refers to the decrees signed between 1977 and 1983 by Rafael Videla, José Alfredo Martínez de Hoz, Albano Harguindeguy, Leopoldo Fortunato Galtieri, Roberto Alemann, Nicanor Costa Mendez, Reynaldo Bignone, Juan Aguirre Lanari, among others. They are decrees for special pensions, subsidies for seminarians, salaries of bishops and priests, exemptions from the payment of taxes such as gross income and profits, works of private property, subsidies to schools and confessional schools, the transfer by the state of many countries , public buildings and other properties that do not pay taxes.

Lozada says that the 130 million salary of the bishops is only a small part of the money that the state gives to the church: "They are about 20 billion a year, because only grants to confessional schools are paid 18 thousand."

"From ILEC we are grateful for the feminist struggle because until a year ago they told us that the fight for secularism was a matter of the 19th century," says Ochandio. The fundamental normative cultural system that imposed clericalism on the land was put to the test by these women, and that challenge made those who held clerical statistics nervous. in the country are historical days. This is not a fad. It is the requirement of a society that came to stay. Women are in the country today, a political movement that marks the battle of the century for a definitive cultural change. "