Separation of church and state: thousands of people began their apostasy procedure – 18-08-2018 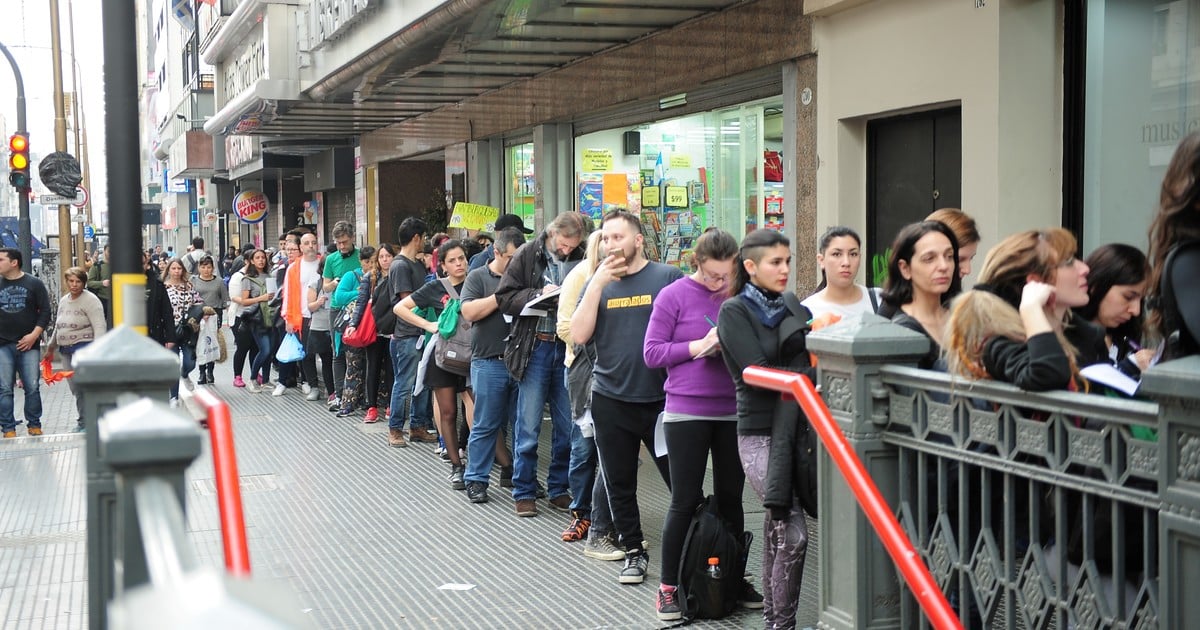 The girl knelt on the floor and offered orange fabrics and brushes with black paint: "I wrote what you wanted". Thus the beams that protect the corner of Callao and Corrientes were decorated with sentences: "If the church still enters our state, we will take over the Vatican", "My body is mine", "Not in my name", "Get your rosaries from our ovaries. " Right there, a table with piles of forms to swear the church. Within a few hours a thousand people fell off.

The renegade means to detach institutionally from the Roman Catholic apostolic church. It is the second day of Collective Apostasy. The first was on August 8, the day that abortion was discussed in the Senate. That time, 2,500 people have fallen away from the whole country (1,200 from the city of Buenos Aires). This Saturday there were many more because the campaign became strong on social networks and there are several locations that represent collective apostates and the use of "orange" and "black" scarves with the motto "Church, State, individual issues ""

"The call exceeds all expectations", says Clarín Julieta Arosteguy, from the Argentine coalition for a laity state (CAEL) – It is a political reaction to the mood against abortion on August 8. The truth, I have no evidence that people were previously in the intervention of the church their lives have been rejected. "

The invitation of the Coalition – formed by numerous social and human rights groups – had to be added "as a political and public gesture of rejection of the rejection of the project Voluntary Interruption of pregnancy in the Senate and policies derived from the social doctrine of the church in violation of human dignity and international treaties on human rights that today have a constitutional hierarchy. "

The episode of apostasy began at two o'clock In the first hour, more than 200 people have delivered your papers. The line was constant and lasted along Corrientes Avenue. Many young people The majority, with orange handkerchiefs. Others, like Rocío, wore a black handkerchief: "There was a voice in the groups and the orange won, but then some of us realized that in the debate about the equal marriage those who resisted, used orange handkerchiefs, such as those who oppose abortion, use the celestial … The dogmas should not get involved in people's lives or in legislation. "

Paz -30, psychologist, Vicente López- tells us that he all sacraments above have: baptism, communion, confirmation. "And I feel that the church does not represent me at all, all their ideals are retrograde, they go against freedom and I want freedom for myself and for the whole society." Next to him, Francisco-Vicente Lopez, 27, works in the Ministry of Education-says: "The church does not do anything that preaches, like helping the poor … see the bishops with those crucifixes of gold or the Vatican is great not to mention the pedophile priests judged on the basis of that divine righteousness they have, that is not justice. "

" It is a nefarious, hypocritical attitude, I disagree with your thinking, nor neither your nor the indoctrination, "says Paula, 32, administratively, of Barracas. Florencia, also 32, is a tattoo artist and lives in Recoleta: "The priest who baptized me in Dolores is a pedophile, he confirmed that he had discovered babies in Salta." The priest who baptized my best friend was (the repressor, prisoner, Christian) Von Wernich … "

" I had not identified myself with the church for a long time, but only apostates are complicated, so collectively it is much better ", explains Darío, 34, a teacher in the province Veronica – a trader of Vicente López, 41 years old – is with her three children: "I did not baptize them … I want to leave the church, I do not want money received in my name, I disagree with all rights that has "Fernando Rey (48) stands in line for his tie and his lawyer:" The church does not represent me in the least, and the issue of abortion was the trigger, that we pay the salary to the bishops unthinkable. a very strong force, not just symbolic. "

The meeting for apostasy in Corrientes and Callao.
Photo: Jorge Sánchez

The Catholic Church came forward to clarify that there is no procedure to cancel the condition of a Catholic given in baptism. L doctrine states that baptism "constitutes an irrevocable alliance" and that the ritual "printing on the Christian an indelible spiritual seal."

Fernando Lozada, of the Coalition, Clarin had explained that apostasy is collectively "a political act, is to tell the church that we do not want to come into our decisions, in our body, and tell the state that the church is does not speak in our name, that they issue laws outside the convictions and pressure of the church. "

The vicissitudes of the whole country will be delivered on Friday during the Argentine Episcopal Conference (CEA). Those who want to participate can take their papers this week to Tierra Violeta (Tacuarí 538) or 24 to 12 to the CEA (Suipacha 1,034).