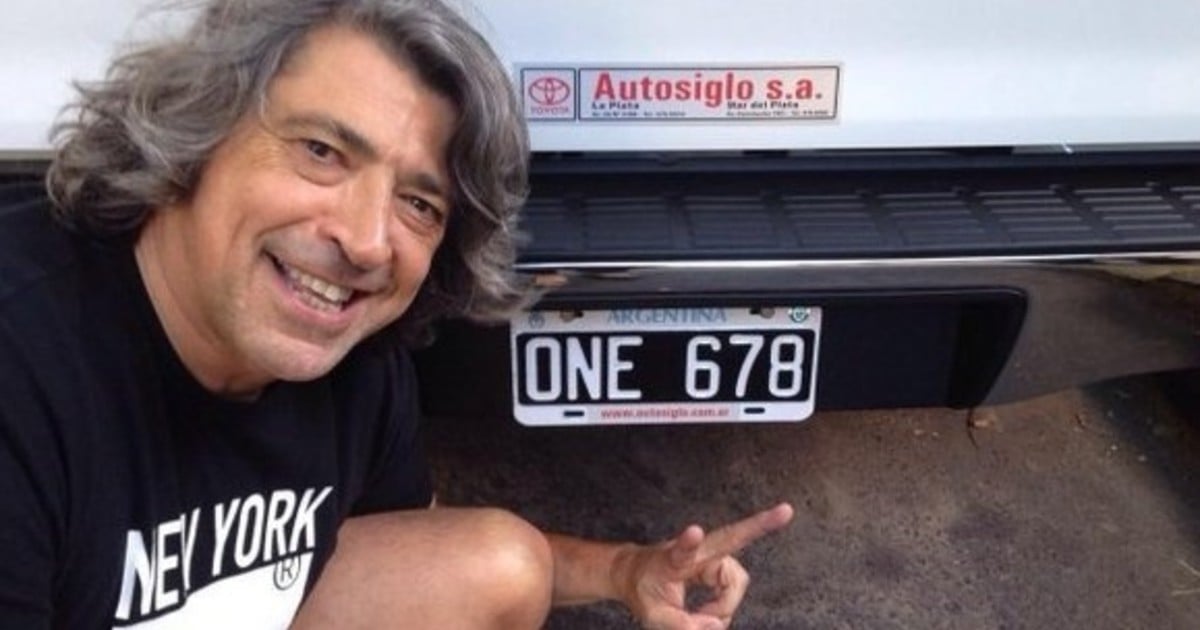 As soon as the first rays of the sun hit his farm in Gorina, La Plata, police officers from the federal police were knocking at his door. He was with his family. The house is not only a house, it is a farm of a few hectares located at 145 and 480.

The teros seemed to cheer up a cool Friday morning, in calm, when the police raised the tone and warned that they were there. The ex-judge opened the door, surprised, just on. Fajina pants, Adidas blue dungarees with hood and a Columbia technical jacket.

Without resisting, his face frozen in surprise, he passed the PFA agents. For example, former judge César Ricardo Melazo became the number 12 detainee in the case of the superband consisting of policemen, thieves and bars.

That is how the former judge of Guarantees César Melazo fell, accused of protecting a super band of thieves, policemen and bars.

The organization was dedicated to detecting empty houses and then robbing them, covered by the "liberated areas" that were guaranteed in the province of Buenos Aires.

Moreover, the suspect would be involved in the purchase of stolen vehicles and collection of insurance policies. There were already 9 detainees.

That is how the former judge of Guarantees César Melazo fell, accused of protecting a super band of thieves, policemen and bars.

Next Friday three more fell. One of them, an important piece. Former judge Melazo (55), accused of legal protection of the members of the organization.

The first surprise they had was the large number of weapons that the former judge had in their possession. More than a dozen, between pistols and long weapons plus hundreds of ammunition.

In June 2017, Melazo had submitted his resignation, although he had already been relieved of his duties as a preventive measure since 2016. This was what the jury of the trial had set out to investigate the behavior of the arresting of La Plata's Court of Securities 2 in three cases for alleged irregularities.

Judge Melazo & # 39; s Twitter and his support for Fernández. (Capture)

Melazo, aware that he would be removed from office, decided to resign. Sources of the government of Buenos Aires, which leads Maria Eugenia Vidal, confirmed at that time the exit of this judge It was a big step forward in the struggle against the corrupt judicial system inherited from the Kirchner period.

This right plate He had three complaints against him, directed by lawmakers from Cambiemos and Massismo. "We have worked hard on the government of María Eugenia with a low profile, and there is still a judge from the Cassation who was part of the structure, which is accused, famous for liberating many others, with another accomplice of the room. The cleaning we have done in the judiciary is historical "said official sources after the arrest of Melazo.

Manuel Martín Ordoqui, who was also charged with this case.

Near Aníbal Fernández, Melazo he tweeted praise to the former Kirchner preacher, whom he called "Companion."

César Melazo and his support for Aníbal Fernández, via Twitter.

Melazo had strong ties with power in the time of Daniel Scioli as governor of the province. On his 50th birthday he invited some of the most prominent personalities of the political moment: a photo source portrays him, with the former head of Scioli & # 39; s cabinet, Alberto Pérez, and with the former provincial minister of justice, Ricardo Casal.

In the middle, Judge César Melazo, at his birthday party in 2012. He is surrounded by the then head of the Scioli cabinet, Alberto Pérez, and his Minister of Justice and Security, Ricardo Casal.

Melazo was also a candidate for president of gymnastics and fencing La Plata for the 2013 elections. His political line was called "Front for Gymnastics" and the campaign slogan, powerful: "Transparency, order and management".

The operations are held on the morning of this Friday. The department of violent crimes of the federal police – the institution that Néstor Roncaglia recommends – is located in the city of La Plata, at the request of the Court of Guarantees No. 6 and UFIJ nr. 2 under the direction of Betina Lacki.

They found money in cash and an arsenal in the home of former judge Melazo.

In the case of former judge Melazo the procedure took place in 2003 a fifth located between streets 145 and 480, in the town of Gorina.

Similarly, the arrest of Rubén Orlando Herrera, former head of the student bar, took place at the Grand Bell Country Club in City Bell, while Enrique Edgardo Petrullo – to whom he is signaled through a network of connections with the judiciary – was arrested at altitude 1500 on 465th Street.

According to the legal hypothesis, the leaders of the organization would be commissioner inspector Gustavo Bursztyn, until a few days ago a member of the patrol command of La Plata; and Lieutenant 1 Gustavo Mena, a former street chief of the 2nd police station in La Plata which was passed on to availability in 2015. These two officers from Buenos Aires served the criminal network.

According to the accusation & # 39; Highlighted & # 39; empty houses where money was to commit what is known in the jargon as "escruches". Research resources dedicated to Horn that the police recruited perpetrators who committed crimes "almost always as a couple" and "liberated the area".

The case that gave rise to the investigation was the murder of Juan Roberto Farías (30), took place in December 2010 in the hall of the building where he lived, near La Loma.

The most important hypothesis is that it was an internal adjustment of the accounts of the band because they had not spread the booty of the robbery to the home of the football coach and player representative, Roberto Zapata, former field assistant of DT Néstor Craviotto. It does not exclude that it was a revenge to steal where it should not.

Juan Roberto Farias, murdered in his house in La Plata.

That "scrupule" took place on July 18 of that year, while Zapata celebrated its 60th anniversary in a charming room in La Plata. Personalities of politics and local justice were invited to the party. One of them was Judge Melazo.

At that time it was reported that 60,000 pesos & jewels and jewelry had been stolen. But the suspicion is that the thieves took a millionaire booty.

Before the murder of Farías he was held until October 2017, Adrián Oscar "El Quechua" Manes. He got house arrest at his home, although he was in good health when he was fourteen. The benefit was withdrawn when he was involved in a suspected drug sale with seven other people. Moreover, "Quechua" was a director of a municipal official in recent years.

Nadia Mariscal, a couple from Farias, told Judge Melazo in his statement before the public prosecutor. "Bursztyn was a friend of Melazo, and Juan (Farias) told me that many robberies had been committed when that court was at work, in case something went wrong," said the woman.