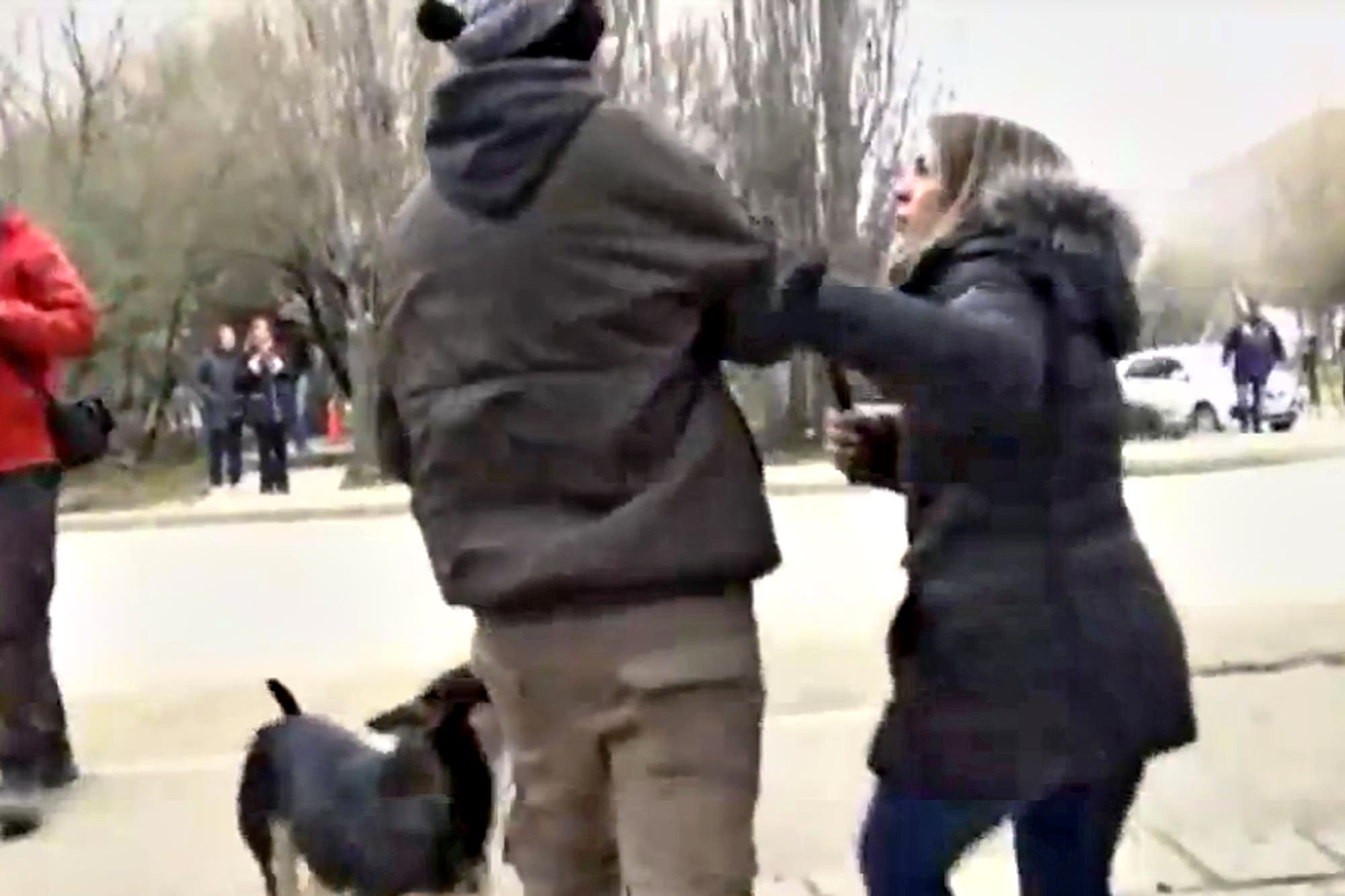 Followers of the former president

While they were broadcasting live, a man and a woman began insulting and spitting the Todo Noticias chronicler, Darío Lopreittem, and then attacked Carla Ricciotti, a special envoy of
THE NATION to Santa Cruz.

The target of the first attack on the TN columnist, which was at the entrance gate of the building, of almost 500 square meters. Then the LN + journalist was attacked, asking why she was being abused and insulted.

A few seconds later a man with glasses struck the cameraman Lucas Coria, also from
THE NATION Immediately afterwards, the aggressor introduced himself as "the darkness," took Ricciotti's microphone and threw it into the water.

The uniforms who were in the area witnessed the events without intervening.

"We condemn the aggressions in El Calafate to the journalistic teams of LN + and Todo Noticias, who deal with the robbery on the house of ex-president Cristina Kirchner, and the journalists got insults, spitting and pushing neighbors," wrote ADEPA in his official Twitter account.

We condemn the aggression in El Calafate for the journalistic teams of
@lanacionmas and
@todonoticias, who deal with the robbery of the former president's house
@CFKArgentina. The journalists got insults, spit and pushed from the neighbors. & – ADEPA (@Adepargentina)
August 24, 2018