Stress in Córdoba for layoffs in military constructions

A situation of fear and tension is experienced this Friday in Rio Tercero and Villa María, before the confirmation of layoffs in the military factories of both cities.

In the morning, the directors of both units, who depend on the Ministry of Defense of the Nation, admitted in the last hours for the union ATE that the resolution of staff reduction has already been taken in Buenos Aires, but they have number of dismissals not confirmed. In both cases they reported that this would be correct on Tuesday, when the list would be communicated.

At the age of 15, however, the list was informed at the Villa María factory, with 42 dismissals. Then, at 6.30 pm, the list for the Rio Tercero plant was known, with 59 people untouched.

In both residences moments of strong fear were experienced when the list was made known, while the employees and their families were informed if they were inside or outside the discharge list. 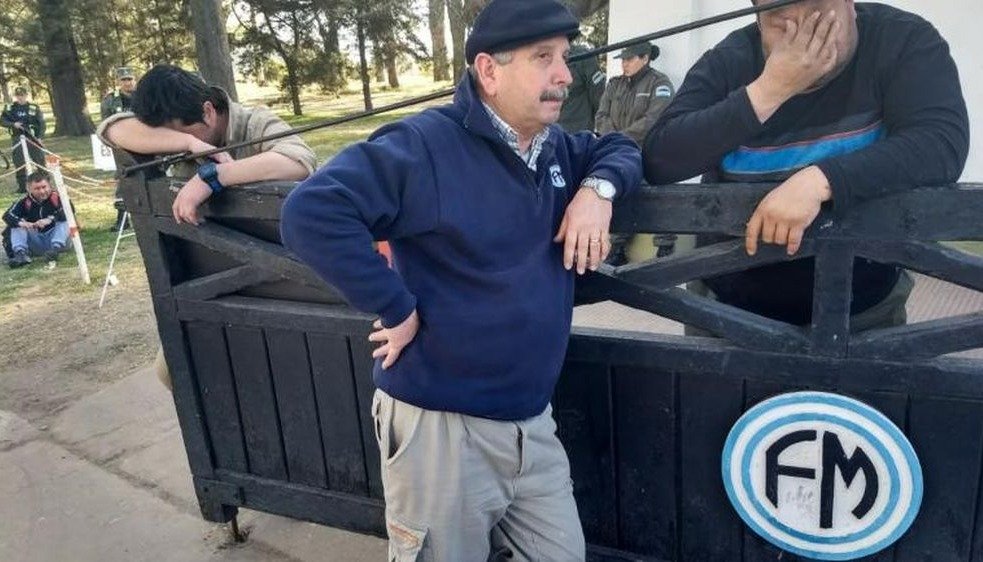 Villa María: bitterness in the goal when the list of 42 dismissals is known

Between Río Tercero and Villa María, the military state factories occupy 814 people. Rio Tercero has 439 employees and Villa Maria has 375 employees, 90 percent have been hired for years.

The version circulating in trade union areas indicates that the reduction could be about 20 percent of the workforce. But from the directions of the plants was told, at least until the noon of this Friday, that until next week would not have that accuracy or the list.

Emiliano Campos, of ATE Río Tercero, said the director of the plant in that city had told them that "there would be between 50 and 100" of 439 employees.

Tension in entry to the military factory Río Tercero, this Friday

In Río Tercero the workers-incorporated in ATE-minutes after the 11 decided they will remain in the factory. Shortly before they had introduced about 100 Gendarmerie troops.

According to guild leaders, in the porter, the director of the unit, Colonel Rafael Guerrero, told them that the gendarmes had been called "to safeguard the integrity of the facilities." ATE was claimed to have that presence was avoided.

"The director confirmed that there will be layoffs, said it is an irreversible measure, but it does not have the amount or the list," said a trade union leader.

Approximately 300 employees remain in a permanent meeting and occupation within the factory premises Damián Albornoz, of ATE, have confirmed that the measure is for an indefinite period, but have clarified that there is a seizure of the factory. production induction and does not imply a total abandonment of activities, "he said.

#Cordoba | #FabricacionesMilitares : #ATE in the fight against the #despidos in Villa María The factory list confirmed that telegrams will arrive on Tuesday The workers who are alert to the adaptation: 🗞️https: //t.co/1OcYFgqvWs pic.twitter.com/DxHK9xbYOi

During the morning, in the goal was added the presence of relatives, in an environment of unconcealed fear, as well as representatives of various social sectors and trade unions.

Something stinks in military constructions of #RioTercero ] #DespidosMasivos and closure of the 2 factories, also in Villa María pic.twitter.com/q56ZzTOQox

– Mabby💚 (@ Mabby63183086) 17 a ugustus 2018 [19659017] For this Friday a mobilization was planned in the streets of Río Tercero, to demand that dismissals be avoided in the light of the version that circulated a few days in that sense. With the confirmation of the measure, the march was even more ratified.

In Villa María, workers of the military factory have traced an image that & # 39 morning was detected, noting that the director, Miguel Toselli, confirmed that there would be an immediate staff reduction, but until Tuesday the list was not known, but at 3 pm there was a list that the factory management delivered and which was read in the doorman, between scenes of fear and shouting.

The past few days there have been various acts of protest in that city, motorcycle rizados by the workers of the military factory.

Fabricaciones Militares has four factories in the country, and two in Córdoba are Fray Luis Beltrán (Santa Fe) and those in Jachal (San Juan) Last December the closure of the existing in the city of Azul (Buenos Aires), which caused 230 workers to be unemployed, was resolved. thousand workers

Last December there was already a reduction of staff, with the dismissal of 25 contracted in Río Tercero and 28 in Villa María.

Since on that occasion the new adaptation would concern the four factories of the country and the head office of military production in Buenos Aires.

This week, municipal and institutional authorities of the city of Río Tercero have decided to petition the national Government to sign and submit, demanding that no reduction measures are taken and that all political sectors, including those identified with the Government coalition Change, participate.

Mayor Alberto Martino (UCR), He met Friday with the factory director, but said he had no precision, noted that he has no response from the national government to the decision and said he refuses to speak with Defense Minister Oscar Aguad. previous conflict, when there were layoffs, the people near Aguad assured him that no more personnel would be reduced.